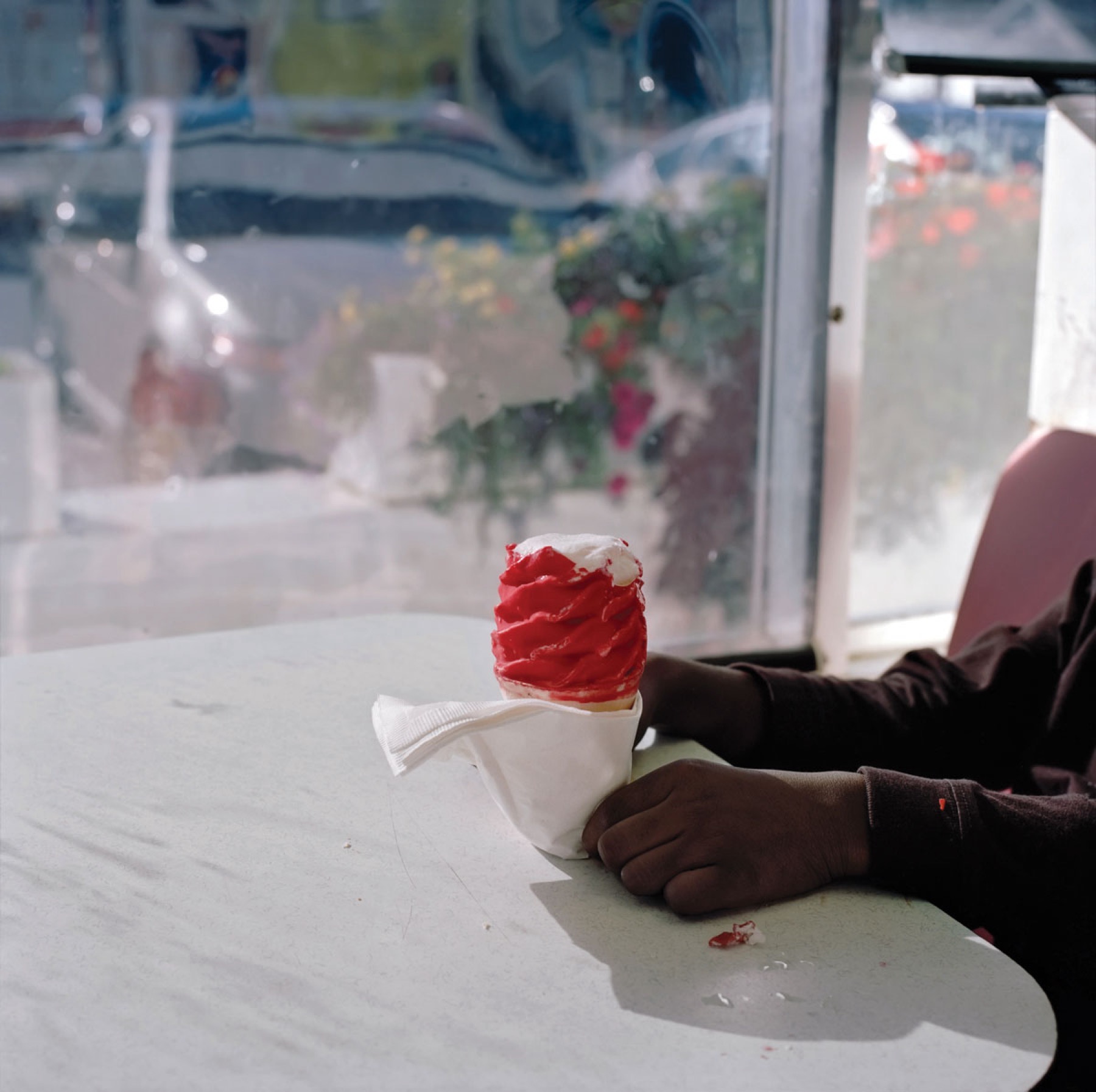 Monuments are a reminder of something grand, enduring, and outstanding. We see monuments take the form of buildings, statues, and pillars made of metal and stone. And in those instances when monuments celebrate the Confederate ghosts of the past, I’ve learned through my friend Caroline Randall Williams that “Dead Confederates are honored all over this country—with cartoonish private statues, solemn public monuments and even in the names of United States Army bases,” as she wrote in the New York Times. As of late, many of those structures have come crashing down, making space for new and worthy ones. As an ice cream maker, I wonder, can ice cream be a monument? On the surface, ice cream and monuments have little in common. Monuments are bleak and solid. Ice cream is smooth and sweet. Monuments represent a moment in time. For ice cream, time is the enemy.

Why shouldn’t new monuments take the form of recipes? Recipes are personal, are precious, and have longevity. Recipes have the ability to create a fruitful bridge connecting the past to the future. Most people have a recipe they cherish. Ice cream is All-American and profoundly patriotic. It is consumed on the hottest of days and the coldest of nights. It brings joy to the consumer and pride to the maker. It sparks nostalgia. It is beloved.

In 1840 in downtown Nashville, Sarah Estell owned and operated an ice cream saloon and a fashionable boarding house. During the time of the enslaved, Sarah was a free Black woman. An entrepreneur. An American. Sarah catered church suppers and parties. Her customers ranged from families to generals, and she was known for having the best ice cream in the city. Sarah’s businesses would thrive for twenty years. She couldn’t vote.

I cast my vote one hundred eighty years later in the same city, in faith that a woman of color would reign victorious and become the first-ever female vice president. When I think of Madam Vice President Kamala Harris and Sarah Estell, I think of firsts.

My journey as an ice cream maker interested in its history has revealed my own culinary identity. I have been making ice cream since my time at New England Culinary Institute, and food history has always intrigued me. I often wonder what bespoke flavor Sarah would create for such a historic moment. The thought inspired me to develop Toasted Fenugreek and Chocolate—taking chocolate, a classic ice cream flavor that dates back in America to the 18th century, and adding a spice that goes back as far as 4000 BC. The fenugreek seeds are a key ingredient in Indian cooking. The flavor of the fenugreek seeds when toasted is nutty with hints of burnt sugar and maple syrup. It pairs well with the chocolate.

Creating an ice cream recipe to commemorate a 19th-century American patriot and a 21st-century American patriot was important to me. When Sarah Estell first cooked up freedom in the Southern American kitchen, she likely couldn’t imagine herself or a woman who looked like her becoming president or vice president. Sarah broke boundaries by owning an ice cream saloon and boarding house. She would be known throughout Nashville as the “ice cream queen.” Nearly two centuries later, a daughter of immigrants went from San Francisco District Attorney to the U.S. Senate to the office of vice president, inspiring generations of Black and Brown women and girls around the world.

Both women of color. Both groundbreaking. Both enduring and outstanding. I am a Black woman. An entrepreneur. An American. My monument to both women is my ice cream. Sarah has become the North Star on my journey as an ice cream maker. Vice President Harris reminds me that no matter how arduous the path, there is glory waiting to greet you.

May this flavor endure the test of time, like the women it’s dedicated to.

Toast fenugreek seeds in a dry pan. Grind in a spice grinder. Set aside.

Place the mixture back on the stove. Stir occasionally over medium low heat. Use a rubber spatula, making sure the mixture doesn’t burn or curdle. Bring mixture to 160° F (71° C). Add chocolate and cocoa powder and fenugreek powder. Whisk until combined.

Strain the mixture into a container over the ice bath.

After the mixture is cooled, let it cure overnight in the refrigerator. Follow ice cream manufacturer instructions. Spin until the ice cream looks thick and creamy, about 25–35 minutes.

Pour ice cream into a freezer-proof container. Cover with plastic or parchment paper and an airtight lid.

Lokelani Alabanza is the owner of SATURATED, a plant-based ice cream company located in Nashville, Tennessee. Her love for nostalgia has inspired her to create more than three hundred flavors that both educate and spur the imagination.
She is currently working on her first cookbook.