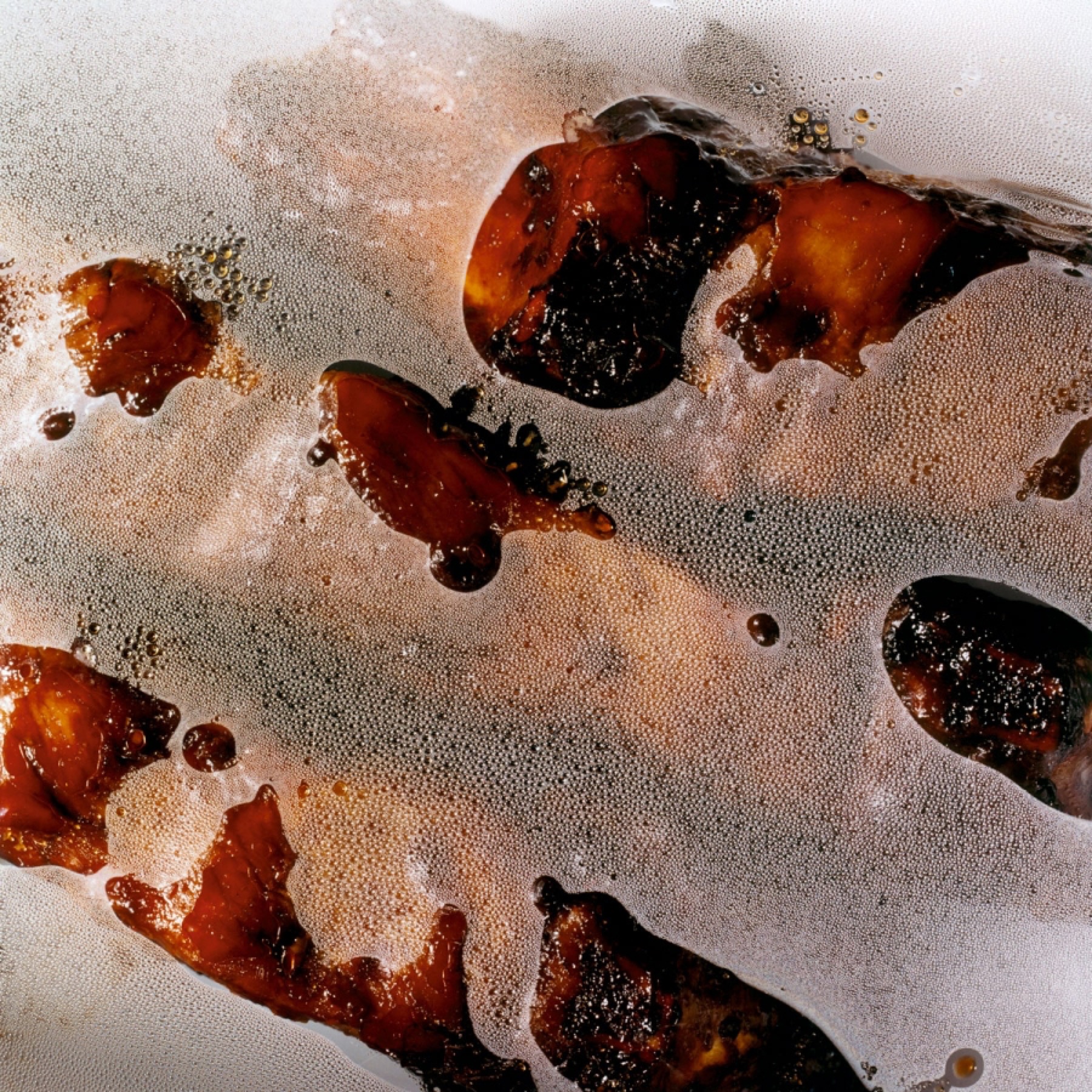 Driving through Orange County, once a white-flight bastion, long a Reagan stronghold, now a hive of hybridity, Gustavo Arellano and I hopscotched cultures. We tried on identities, listened to backstories, negotiated paths to belonging. And I thought of historian George Tindall. Change does not drive disappearance, he wrote in 1976 as Jimmy Carter ascended and all eyes focused south. “[To] change is not necessarily to lose one’s identity; to change, sometimes, is to find it.” As a small-town boy, always crushing on big-city life and fearful I might relapse into comfortable insularity, I felt buoyed by that Orange County diversity.

Goading my envy for his place, Gustavo, who edits OC Weekly, told me that some restaurants here in this multicultural wonderland market goi cuon, those Vietnamese rice paper–wrapped cylinders of pork and noodles, as taquitos. The exchange goes both ways: Working-class Mexican Americans, who traditionally slurp morning bowls of menudo, the pork offal and hominy stew, now spoon into pho, the Vietnamese soup that bobs with rice noodles and shaved beef tendons and wafts with star anise.

It’s a customary California narrative. In that diverse land, the vote is often blue and the tolerance is palpable and the food is dynamic. Born in Anaheim, Gustavo rejects easy ascriptions of California enlightenment and the South-abasing talk they beg. He travels frequently through the South and comes away with similar stories of cross-cultural exchange. As I genuflected, he reminded me that Houston, not Anaheim, was the original beachhead for the Vietnamese-Cajun crawfish phenomenon. And I flashed back to a recent Mississippi Gulf Coast trip: At Tasty Tails Seafood House, a Vietnamese-owned restaurant in downtown Biloxi, I ate boiled crawfish swamped in garlic butter and served in stainless mixing bowls. And I scarfed two goi cuon variants: one stuffed with boudin, the Cajun pork-and-rice sausage, a second gorged with a hash of turkey neck meat. That last dish challenged my facile narrative that California is the forever vanguard place for cultural blendings.

Born of south and southwestern Louisiana, where cooks flavor crawfish-boil liquid with turkey necks, those goi cuon tasted of Cajun, Creole, and Vietnamese traditions. Not long before, I had eaten a similar dish at Crawfish Kitchen, the Houston restaurant where my order of loaded fries (born of American stoner traditions?) came mounded with that same shredded meat, as well as Sriracha mayo, fried shallots, and a sunny-side-up egg.

When I first began thinking and writing about the South, I focused on continuities. Traveling the Pee Dee of South Carolina, I looked for the oldest whole-hog barbecue joint still run by the same family. In Kentucky, I quested for dent meal hoecakes, cooked according to nineteenth-century techniques and served in storied quarters. Even when I traveled beyond the region, I focused on places that preserved the South in amber. In St. Louis, I wolfed a tripe sandwich at the Colonel’s One Leg Arkansas Fried Chicken. On the South Side of Chicago, I savored sweet-potato pie at Baby Jeans Yazoo Mississippi-Style Soul Food.

I longed for essential experiences that cemented my belief in my region and the narratives that have defined its people. I grasped for tethers. To score those hoecakes, I blinded myself to the changes afoot. As late as the 1990s, I spouted an occasional “Southern by the grace of God” line. In the early 2000s, I wrote a newspaper column called “Saving Southern Food” that implied something might be lost as new peoples claimed this place. I used to define the South in opposition to the North, which, I came to reckon, implied in ways subtle and obtuse that I was still fighting an old and ugly fight I knew to be indefensible.

More recently, I’ve rejected cultural conservatism. Instead of telling stories that reinforce old ways and means, I now go questing for narratives that subvert. The effort is just as willful, the blinders often just as restrictive. I now choose to tell stories that advance my aim to redefine my region. I search for foods that support my new thesis. I plan meals that privilege immigrant cooks. I grab whatever megaphone is available to announce that I prefer Szechuan fried chicken, showered with red peppers and pocked with peppercorn nubs, to the golden-crusted birds your gray-haired, cast-iron-skillet–wielding grandmother cooks.

Back in February, I delivered opening remarks at a Birmingham conference on immigrant food culture in the American South. During the lead-up, I kept thinking about a challenge made by one of my Southern Foodways Alliance colleagues: Why do we have to refer to these newly arrived Southerners as immigrants? What does it matter when they arrived? Why are we segregating them? Aren’t they Southerners, too?

Like many in this moment, I believed my best reaction to contemporary political events was to throw support behind immigrant peoples, to patronize immigrant businesses, to eat immigrant foods. But, as my friend Tunde Wey said to me that same week, consumption does not equate to resistance. Maybe, I came to think, consumption throttles resistance. A few years back, writing of white back-door purchases at black barbecue restaurants, I recognized such patronage as booty calls, opportunities to get in, get pleasure, and get out, emerging free and clear of entanglements. It seems I hadn’t learned the bigger lesson.

When I stepped onto the stage at the conference, I shared those challenges and floated a new way of thinking. I’m a passive Southerner, I told the crowd. I was born in Georgia  to parents who were native to Florida and South Carolina. My belonging was handed to me. I didn’t quit family and cross Sonora to claim the South. My grandfather didn’t scale the net-draped bow of a ship to earn a seat in the hold and sail beyond the Gulf of Tonkin.

Immigrants are active Southerners. They choose to live here, to raise families, to grow businesses. Despite unfavorable odds that may, in this new age of American isolation, temporarily thwart innovation, active Southerners are reinventing the region. In the process, as an already complicated region embraces new people, and cultural nuances accrete, much is gained. Especially for eaters. Crawfish joints aren’t the only outposts for those honest fusions. Traveling the Gulf Coast, from Texas through Alabama, it’s now common to see bánh mì, those colonial-inspired sandwiches on pâté-smeared French bread, marketed as Vietnamese po’boys.

Mexican immigrants have begun to do more than cook and serve Tex-Mex for Anglos. Like the Vietnamese, these active Southerners now coin their own takes on traditional foods. When I was visiting the Mississippi Gulf Coast, I stopped for lunch at El Lupillo in Gulfport, a Oaxacan-owned strip mall restaurant across the street from a Mardi Gras superstore. In addition to customary asada and pastor tacos, the menu advertised lengua (beef tongue) and buche (pork stomach). Along the back wall, a fountain bank of house-made aguas frescas burbled. Behind the register, a cazuela of carnitas bobbed with hunks of pork shoulder.

Those carnitas were the tell. Layered on torpedo-shaped rolls, smeared with refried beans, and dressed with avocado slices, these were sold as tortas. To drive sales beyond their core customer base of Mexican immigrants, the restaurant had annotated the menu, helpfully translating the sandwiches as PO BOYS. At table, biting into a taper of bread stuffed with hunks of fried pork, I thought of Gustavo and of our ongoing conversation about how Mexican immigrants now refashion the South.

I was proud of that active Southerner construction. At the conference in Birmingham, I smiled when one of my colleagues stepped to the mic and used the same frame. In the weeks that followed, I returned to that moment on stage. This was original thinking, I told myself, peculiarly well suited to our peculiar moment. But, then, a couple months later, when I recorded the audio version of my new book, I read a passage about Bill Neal, the vanguard Chapel Hill, North Carolina, chef who helped lead the New Southern Cuisine movement of the early 1980s. Turns out, I had borrowed that active Southerner construction from Neal.

A scholar-aesthete who spent as much time in the library as the kitchen, Neal rejected the conservative ethos. Chafing at the conformity that the Reagan era demanded, he defined a Newer South—first through his revivalist cooking, later through his writing that exalted the contributions of African Americans and Native Americans and others who had not previously gotten their due. All efforts were part of what he called “my affirmation of an active Southern heritage.” Neal used food to shape new and inclusive narratives of his people and his place. Thinking and writing today, more than a quarter century after his death, I struggle toward a similar goal, toward yet another reinvention of this beleaguered and beloved place. Passive no more, I embrace my role in the active conception of this newest of New Souths.