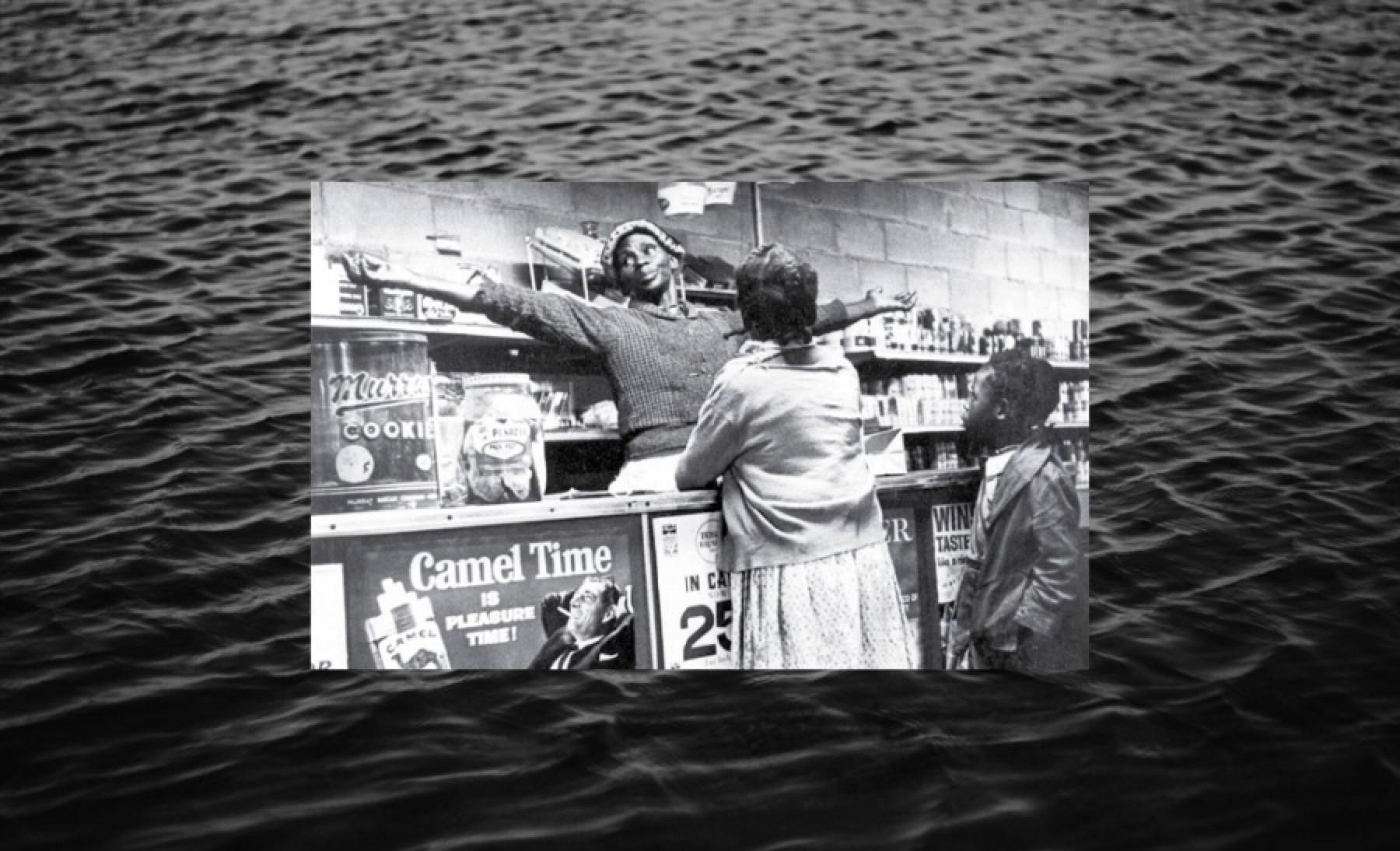 Alice Wine at the Progressive Club on Johns Island, SC

"Keep Your Eyes on the Prize"

Track 21 – “Keep Your Eyes on the Prize” by Alice Wine

By the time Alice Wine taught Guy Carawan how to sing “Keep Your Eyes on the Prize” in 1960, she had already made an important if overlooked contribution to the struggle for voting rights in the South. “I like my right” is how she put it years later, explaining why she had taken the trouble to learn how to read when she was past the age of forty. “I wanted to work for right.”

Born on Johns Island, South Carolina, sometime in the early 1900s (the state’s records are unclear), Wine saw her education end in the third grade, when she joined her family on the farm where they were laborers. “I can plow,” she once boasted, “I can cut wood, I can sew, I can iron, I can scrub, I do any kind of work in the field.”

In the 1940s, she earned her living by cleaning linen and towels for a white family in Charleston. To get from Johns Island to the city each day, Wine rode a bus driven by Esau Jenkins. An organizer and president of the Johns Island Citizens Club, Jenkins would routinely tell his passengers, who were mainly longshoremen and domestics, how much power they could wield if they voted—the population of Johns Island then was two-thirds African American—though for many this seemed an abstract or idealized fancy. Like Wine, they had left school at an early age and stood little chance of passing the literacy test that awaited any black applicant to the polls.

Yet Wine was determined to vote, and Jenkins kept a copy of the registration forms on his bus, including the passage of the state constitution she would have to recite before a registrar. “He start to learn me read,” said Wine, her accent bearing strains of the Gullah patois that predominated on the island, “and when I get to them hard words I feel like jump it. . . . My tongue so heavy until I couldn’t pronounce the words.” She persisted until she was able to read the passage, and the registrar approved her.

Inspired by Wine’s resolve, Jenkins lobbied the Highlander School, a training center for activists in Tennessee, to establish classes in adult literacy on Johns Island. They began in 1957, holding meetings in the back of a store at night to escape notice of whites. By the following year, more than six hundred residents of Johns Island had passed the state’s literacy test, and schools opened in North Charleston and on Wadmalaw and Edisto islands. The citizenship program, as it came to be called, may not be as celebrated as other events of the period, such as the sit-ins or Freedom Rides. Yet it was every bit as crucial a chapter in the quest for legal equality. “Here,” Carawan recalled, “was the richness of an incredible African-American heritage and a courageous campaign to participate in the modern and changing world by gaining literacy skills and becoming registered voters.”

Carawan was Highlander’s music director. He spent the winters on Johns Island and often brought his guitar to class. On one occasion, he was playing “Hold On,” a spiritual common to both black and white church singing, when Wine approached him. “I know a different echo to that,” she said, and proceeded to sing a version of “Hold On,” delivered without accompaniment, in hushed intonations, the refrain “keep your hand on the plow, hold on” replaced, after one verse, by words that are not found in any transcriptions of the song previously cataloged by folklorists: “keep your eyes on the prize, hold on.”

In April of 1960, Carawan introduced these lyrics to the activists who gathered at Shaw University in Raleigh to form the Student Nonviolent Coordinating Committee. Soon, the words were heard across the South, at mass meetings and protests, and in jails, though for a while there was some confusion about who had authored the phrase “eyes on the prize.” “I don’t know exactly who it was,” Pete Seeger said in 1965. “I heard it was a woman in Georgia.”

Eventually the story would get sorted out, and Wine duly credited; today her name appears on the copyright. Only there has never, until now, been a recording released of her singing “Eyes on the Prize.” Perhaps she was never asked, or was asked and demurred; later in life, in any case, Wine—who died in 2004—claimed not to be able to remember the song. This performance belongs to an archive of field recordings and interviews Carawan compiled during his years on Johns Island (it resides in the Southern Folklife Collection at the University of North Carolina). One day, he visited Wine to see if he could document “the songs you taught me I never caught on tape.” And though it is doubtful she had ever sung in front of a microphone before, she agreed. Which is how, after almost sixty years, you can at last hear the voice of Alice Wine.

A frequent contributor to the Oxford American, Benjamin Hedin is the author, most recently, of a novel, Under the Spell. He also produced a forthcoming documentary about Indigenous reparations, Lakota Nation vs. United States.