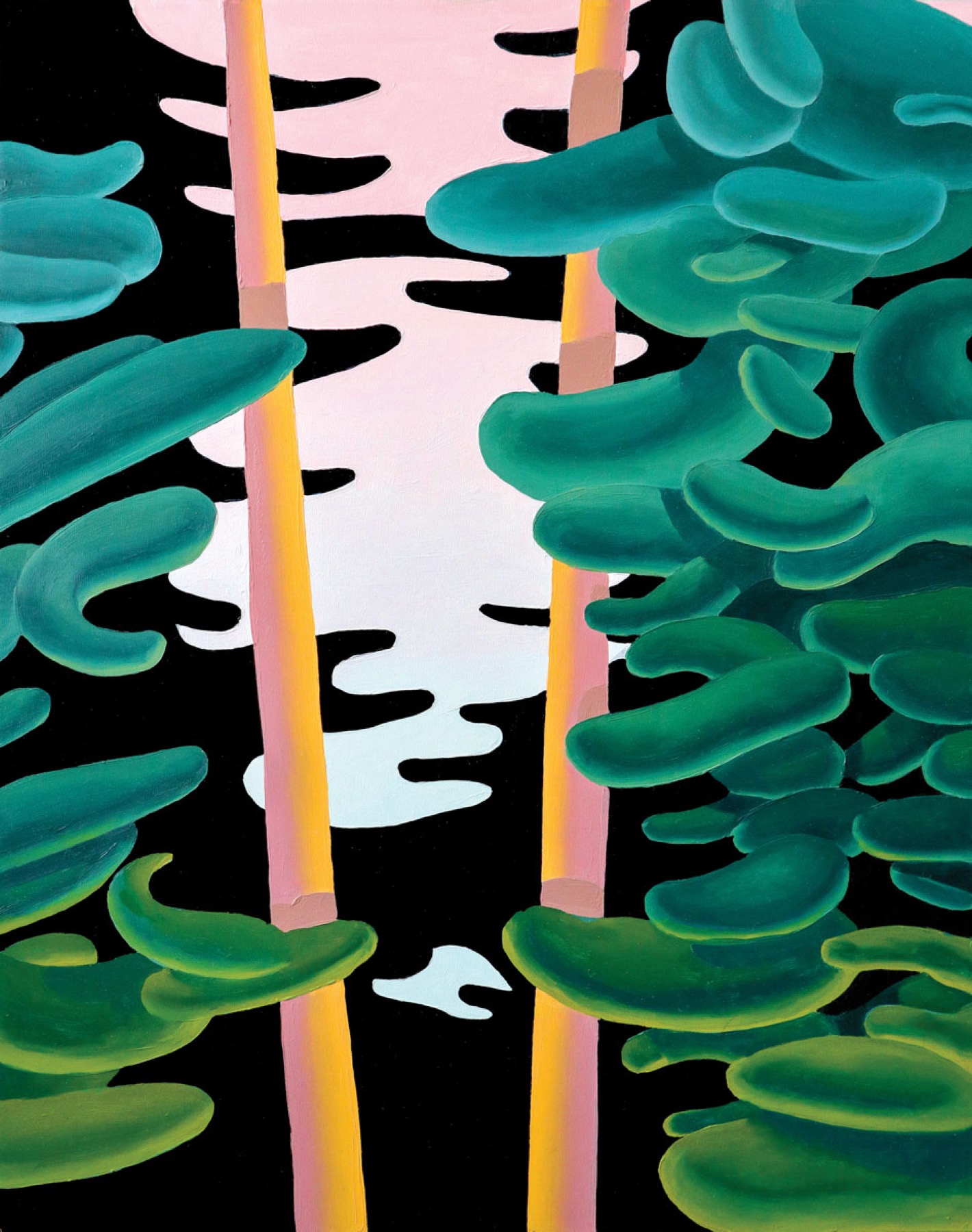 When I spot something glimmering in the water, my first thought is it might be a small fish, a minnow, or an abandoned lure. I squat down so my butt is almost touching the wooden dock. Squatting like this reminds me of the pictures of Vietnamese people in rice paddies we saw this year in social studies class.

Mom and Dad are back at the campsite, in their tent, making the sorts of giggling noises they make on Sunday afternoons behind their closed bedroom door. I’d like to take Shelly Armstrong from next door into my bedroom and tickle her all afternoon.

I’d gone for the walk because my father told me to go find some firewood for tonight. “Not too big,” he said, “pieces about as long and thick as your forearm.” So I started down the dusty trail, the high grass on either side dotted with an occasional dandelion.

The trail ends at the small dock. Not a fishing pier with side rails or anything that fancy, but as if the trail extends out over the water, ten or fifteen feet.

The dock rocks side to side with each step. I wish we would have brought our fishing poles, which is what Mom suggested, but Dad said, “We won’t be there long enough to fish, just one night, barely twenty-four hours.”

I watch the reflection in the water, the shimmering of light. It’s probably not a fish because it hasn’t moved. It might be a lure. Dad would like a new lure. I reach toward the water as the dock rocks, and I spot a white boat out on the lake, kicking up waves, trailed by a figure as small and stiff as one of my army men.

I wonder why we don’t have a boat. I’ve heard Dad talk about wanting one. Then a strong wave comes up and rocks the dock and while I try to keep my balance, still I’m falling, falling.

The water is cooler than I expected and it’s hard to catch my breath. I see the silver thing an arm’s length away and reach for it. But it’s nothing more than a bubble gum wrapper. Another wave comes crashing over my head, and I reach for the dock, letting go of the wrapper.

I hold on to the dock as the waves continue, one after another. It would be so easy to let go, to just float away. The water is cool; it feels at that moment as cool as anything I have ever felt. I hear my father yelling, “Hold on, Stevie, hold on!”

I turn away, smiling, as the sun warms my face. My father grips my arm and pulls me toward him, lifting me onto the dock. Like one easy motion, like nothing more than taking a simple step from here to there, into the still-hot afternoon air.

Steve Cushman is a novelist and poet in Greensboro, North Carolina. He’s published three novels, including Portisville, which won the Novello Literary Award. His first poetry collection, How Birds Fly, won the Lena Shull Book Award. “The Dock” is from a novel in progress.