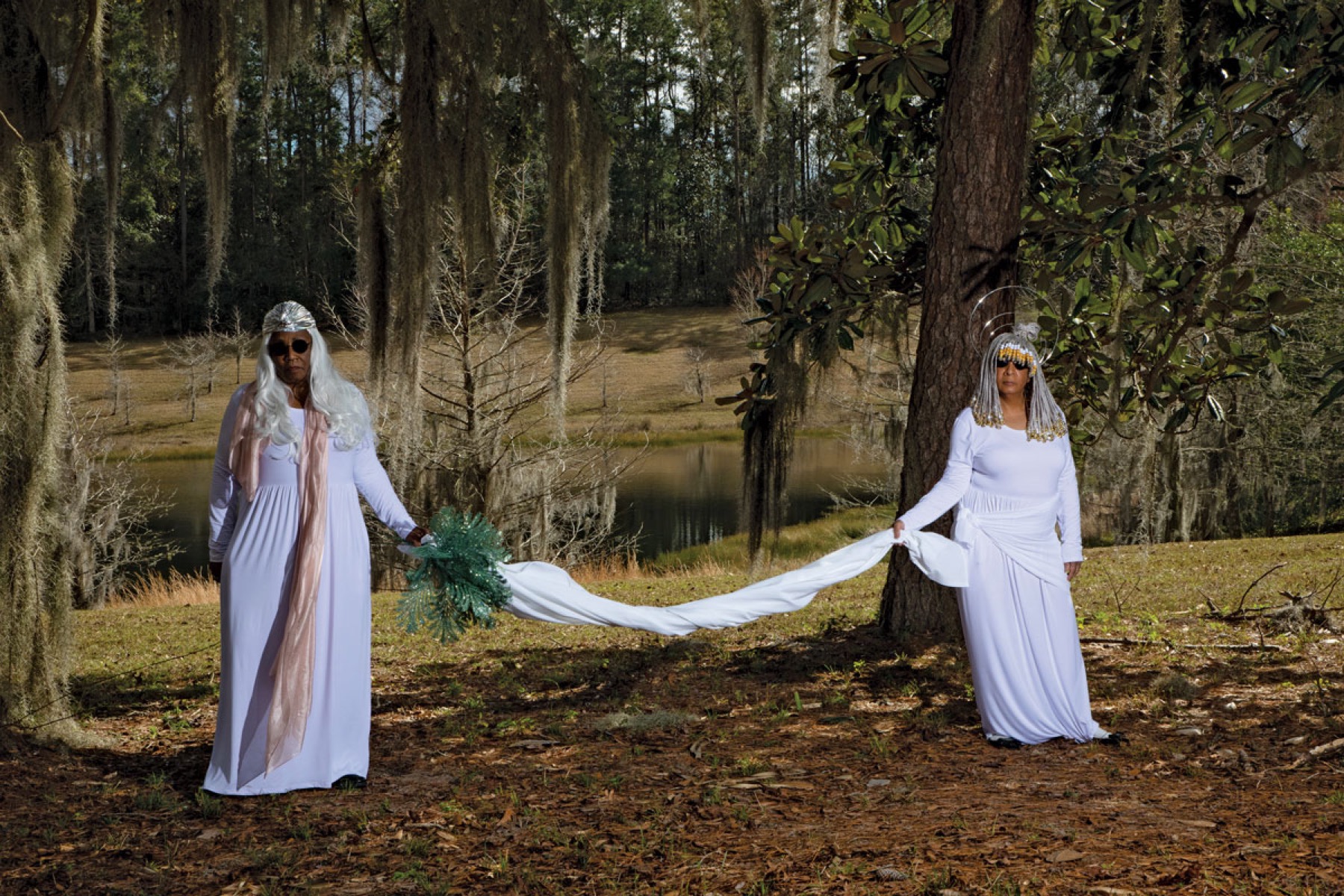 A Belief in Birds

In Sula, Toni Morrison’s novel about a friendship between two women, the title character’s return home after a decade away is “thick with birds.” It is spring, and round bellied, brilliantly hued robins litter the skies and fall to the sidewalk, distracting the children, flying into open windows, interrupting the everyday business of the town. Like the robins, Sula Peace is a beautiful bother—too much, in the way of wayward women who can’t or won’t conform. She and the robins are twin mirrors in the storytelling frame of the novel. Together, they form a feedback loop that reveals the characters and foreshadows their fates.

The day after Auntie died in 2013, my mother, the family’s baby sister, noticed a charm of hummingbirds on her balcony while taking her morning coffee. The sighting gave her a calm feeling. I do not know if she thought they were the spirit of my aunt, though I’ve long known of a belief in birds as familiars, unbound spirits, signifiers of absolute freedom, or messengers who commune with the divine.

Toni Morrison was a reported birdwatcher. Robins and many other flying creatures appear throughout her oeuvre. In Jazz, a flock of birds—including a parrot who has learned to say, “I love you”—lives with Joe and Violet, a Harlem couple who moved North from Virginia. Grieving her husband’s affair, Violet frees the birds one snowy day “to freeze or fly.” Wild birds in Tar Baby signal the disturbance of nature wrought by commercial settlement. In Beloved, a proud rooster from Paul D’s Sweet Home days embodies his own lack of self-ownership.

Flannery O’Connor raised chickens, geese, and peafowl throughout her life. “The Displaced Person,” her 1955 short story of workplace envy, opens with an image of a strutting peacock. A decade after O’Connor died, Alice Walker visited the author’s residence in Milledgeville, Georgia, just minutes down the road from where her own family once lived. The Walkers’ old homestead consisted of a muddy pasture, overgrown vines, and only two shabby rooms out of four still standing. O’Connor’s, in contrast, was “neatly kept,” with a groundskeeper keeping it so. Walker called O’Connor’s house, large and white and built by enslaved workers, a “symbol of my own disinheritance.” The peacocks still displayed their glorious tails. “It all comes back to houses,” she realized. “To how people live.”

This issue aims to reveal the literature of the South as prismatic and dynamic. In our submissions call, the editors said we would mine the “bounty and complexity” of Southern writing. We wanted to reimagine the canon, revisit classics in new and striking ways, and introduce a new vanguard of literary adventurers, soothsayers, and prophets. We wanted to give our oral traditions a seat of honor; we wanted our music vaunted and the old masters juxtaposed against the newly emergent. We hold dear what Walker wrote in 1975: “I would never be satisfied with a segregated literature. I would have to read Zora Hurston and Flannery O’Connor, Nella Larsen and Carson McCullers, Jean Toomer and William Faulkner.” Difference and multiplicity are key organizing principles of everything we touch.

For this issue especially, we were looking for contrast and variation. Instead we found a mighty convergence of recurring images: trees, water, light, and darkness, told through dreamscapes and cosmic poems, uncanny encounters and heartfelt reckoning with the ever-aging body. Our writers appear transfixed by the natural world, the subconscious, stars and planets, haunted houses, and the dramas of the past, held up to the sun so that a seer might see anew. As an essay in the journal Southern Spaces notes, there is “common imagery and intention” in stories of the South, though their telling is refracted through multiple modes and many different tongues.

When she was senior editor at Random House in the 1970s, Toni Morrison published two volumes by Henry Dumas, a recently deceased poet whom she said “completed work, the quality and quantity of which are almost never achieved in several lifetimes.” He died in Harlem on May 23, 1968, at thirty-three, after a mysterious altercation with a New York City transit police officer. But he was born in Sweet Home, Arkansas, a half hour’s drive from the Oxford American’s offices at the University of Central Arkansas. Dumas’s allegorical short stories and cosmic poems are full of lament, the blues, space travel, and the saturated colors of rural Arkansas. This issue contains a suite of his blues poems and a critical deep dive into the author’s life and work from Carter Mathes, an associate professor of English at Rutgers, infused with more than a decade of interviews and research. The memories of Dumas and Morrison—both multi-genre writers and editors who knew that haunting and joy could live side by side, who knew that the music of our forebears carried instructions for good living, who listened to rivers, trees, and birds, and wondered about other worlds—have become guiding spirits for this issue. Morrison, whose parents moved to Ohio from Alabama and Georgia when they were teenagers, accepted her Nobel Prize in Literature with a story about a wise blind woman who lives alone. A group of young people visit her with a riddle about a bird in an effort to disprove her wisdom. “I choose to read the bird as language,” Morrison said, “and the woman as a practiced writer.” The riddle’s answer mattered little. But the language and the stories we create with it may allow us all to fly.

A Belief in Birds