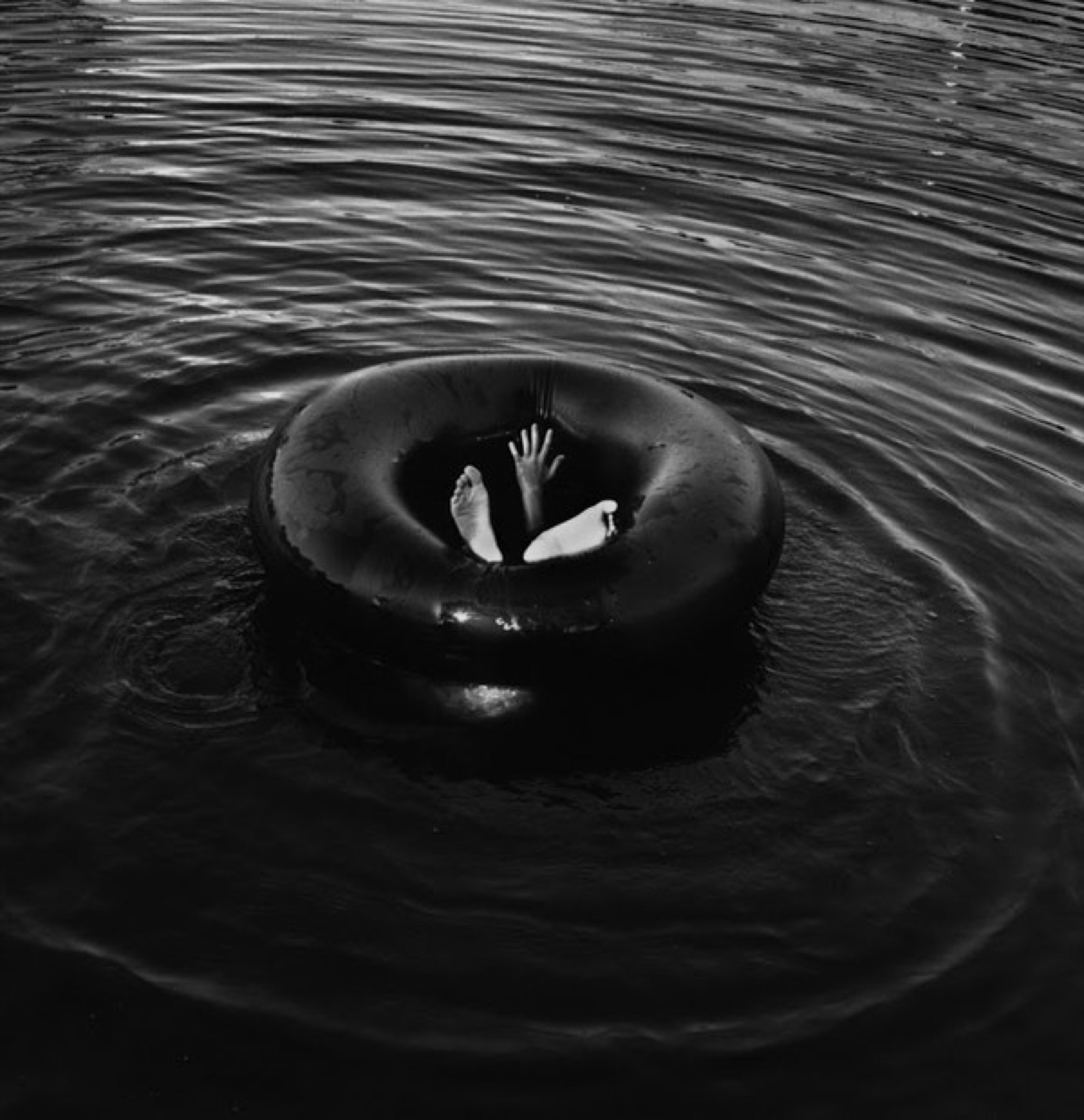 People often compare the summer heat of Louisiana to being locked in a sauna for three months. The image is close, but a bit weak: It’s important to add that, in the sauna, you’re forced to wear a body stocking made of warm, honey-soaked cotton balls—and that, sometime around the beginning of July, you’re thrown into a clothes dryer (still within the sauna), in which you tumble around on high heat with a load of wet towels. Occasionally someone tosses in a smoldering coal, and one of the towels flares up and emits a damp smoke.

The point is that Louisiana’s heat is inescapable and aggressive. It dominates life to such an extent that you start to think consciously about things that are, in friendlier climates, unremarkable: breathing, for instance, and blood circulation. You start to strategize about walking, replacing it whenever possible with sprints from one air-conditioned building to the next. Life—restricted to the biosphere of your house and the local supermarket—begins to seem like an endurance experiment engineered by NASA.

This means that, from June to September, Louisiana’s outdoors are off-limits. Activities that would have been pleasant diversions to the tropical fall or the temperate winter—hiking, biking, tracking weird birds with binoculars—become exercises in instant dehydration. Fortunately, however, the state comes with its own cooling system: It is one of the wettest in the nation, soaked by patchy marshes and Rorschach lakes, which are in turn drained and filled by an extensive network of mostly hospitable rivers. In all, Louisiana is more than twenty percent water, and through several millennia of absurdly hot summers residents have found ways to squeeze into the state’s aquatic fifth by boating, skiing, swimming, fishing, and sportively dodging things with sharp teeth. In my experience, the most effective antidote to the heat is what I like to consider the unofficial summer sport of the South: tubing. Other parts of the country tube too, of course, but they may as well be knitting. In Oregon or Nebraska, tubing is just an incidentally wet version of a stroll in the woods, the spiritual equivalent of a hundred other outdoor leisure activities. In the South, it represents one of the only possible escapes from a greenhouse climate threatening to replace human life with ferns. Southerners are forced to tube.

Midway through every summer, my friends and I would get tired of walls and air-conditioning and drive out to our river of choice, the Bogue Chitto. Its name comes from the Choctaw word for “big creek” and is pronounced, according to Louisiana custom in the most matter-of-fact way the letters allow: boga chitta. (Louisiana dialect converts even such obviously exotic words as Chartres and Tangipahoa into unabashedly American noises, pronouncing them charters and tanjipahoe.) On a map, the Bogue Chitto is a thin line squiggling across the eastern edge of the state—an untied lace hanging over the toe of Louisiana’s boot; in reality, it’s a green, silent, plant-crowded, slow-moving waterway punctuated by logs and minor rapids and split by the occasional sandbar. It is modest in every way—in width (somewhere between a country road and a suburban driveway), depth (the bottom rarely dips out of reach), and length (around a hundred miles, beginning in southern Mississippi and ending mid-Louisiana). Its temperature is perfect.

Several companies rent out inner tubes along the Bogue Chitto, and though this can lead to overcrowding, it also makes the experience very easy: For $8 you get your tube and a bus ride upriver, which helps to avoid the old-fashioned logistics of paying strangers to park your car strategically downriver, an arrangement that has always made me nervous after seeing the film Deliverance. (It is a Bogue Chitto tradition, by the way, to reference Deliverance by singing “Dueling Banjos” as you get in the water.)

As a rule, everything surrounding the tube ride is horrible. The bus is hot, crowded, and (since most of your bus-mates are inevitably high schoolers) ridiculously loud; your tube, on land, is unwieldy and smelly and chafes your arms; and you have to wrestle the cooler, which has unfortunately taken on the ultra-gravity of enough supplies (chips, jerky, fruit, cookies, drinks) for a mid-sized Super Bowl party, into its own snug-fitting tube, then drag it across the beach.

But soon the miracle happens: The tube lends you its magical buoyancy and the current (if that’s the word for an ambiguous, two-miles-per-hour general trend) sweeps you away. It’s hard to overemphasize the passivity of tubing. It is sloth ingeniously disguised as adventure. Though you are outside, you may as well be in your living room watching television. The tube forces you into a nearly horizontal recline, a posture easily mistakable for someone taking a nap. Nature rolls effortlessly by, and in response you alternately breathe and eat. You float downriver for about five hours, gauging the length of the trip only by the emptiness of the ice chest. This indolence is broken up by a minimum of functional paddling: to the cooler (which quickly becomes the most important member of the expedition) or courteously downriver when nature calls. You try to keep your distance from the convoys of high-school tubers, who tend to float in circular formations, like threatened wagon trains, around stashes of illegal beer. Occasionally you wave, with veiled condescension, to a fleet of passing canoers, trapped in their aluminum hotboxes and actively assaulting the river with oars.

Tubing immediately exposes the hypocrisy of other water sports: Traditional boating, from a tube, looks like an artificial, intrusive, arrogant, faux-refreshing extension of the landlocked ego; boaters use the river as a fluid blacktop, another surface to conquer with the aid of a motor. (I shouldn’t even have to mention the blasphemous walk-on-water hubris of skiers.) Tubing, on the other hand, is fluvial Buddhism: It asks you to submit humbly to the river, to meet it on its own terms and have a long talk with it in its native language, rather than just flitting around on top of it. There are no tricks or stunts. You don’t visit, you merge.  It is your motor. Aside from a tube, the only equipment you need is spiritual: respect for the river, an instinct for meditation, and a high regard for inaction.

A 1980s arcade game called Toobin once tried to enliven this sport with danger—your animated tuber threw aluminum cans at rivals while navigating the waterfalls, fishhooks, and crocodiles—but the game was unconvincing. Tubing is nothing like that. It is remarkably harmless except, of course, for the danger inherent in all water sports, especially when mixed with alcohol); nevertheless, a friend of mine, who grew up on the banks of the Bogue Chitto and always acted as our local guide, often tried to spice our trips with danger. She once told us, for instance, that it was mating season for snakes, that cottonmouths were copulating in giant underwater snakeballs as we floated by, and that if we touched them with a stray dangling foot they would spring out in all directions fangs-first. More credibly, a local informant told me that the Bogue Chitto has recently taken on the atmosphere of an international border: He said local police set up a dragnet across the river, stopping tubers and arresting anyone carrying illegal substances, handcuffing them in their bathing suits.

In my opinion, the arrested tubers were guilty not of possession, but of redundancy. Tubing, more than any narcotic, fundamentally changes your perception of time. The trip downriver takes almost five hours, but that’s only by the clock. As soon as you leave your last earthly point of reference—the bright, sandy piece of beach you rolled your tube down to start the trip—you slip into a state of religious, mystic timelessness. The first hour on the water passes in a green blink of scenery, and for the last four hours that scenery is endlessly repeated as the river cycles you through a deceptively narrow set of experiences: It bends and deposits you in one of its stagnant pockets, where the water is covered by a light skin of decomposing leaf matter; you flap your way lazily back to the current, tube rotating slowly in the competing momentums, and stop by the cooler for a cookie and some beef jerky; a pair of mating dragonflies lands on your arm (you watch for a minute, then shake them off); you suffer the minor ass-tragedy of running up against a submerged log. Then the river bends again and leaves you in another currentless pocket, with an identical skin of static leaf-matter, and the whole process repeats itself. Each cycle takes either three hours or ten minutes, which are the same thing. There are no landmarks on the river—it’s the same treeline, the same birdsong, the same sandbar, endlessly repeated—so that in addition to losing your sense of time you become detached from any commonsense notion of place. The end result, and final object of tubing, is Dixie Zen: a highly elusive, mindless and mindful trance in which you feel drunk and loved, perfect and unrushed, and the euphoria is bound inextricably to the place that caused it. In my experience, a handful of other Louisiana pastimes serve as consistent portals to D.Z.: eating half a pan of bread pudding at one sitting, cheering with 14,000 strangers at a high-stakes college basketball game, standing alone on top of an Indian mound in the middle of the woods, or talking with the neighborhood sage for half an hour about nothing. But tubing is the most direct route. Even on a humble backwoods stream like the Bogue Chitto, you begin to understand why rivers have been the symbolic centerpieces of almost every culture, ancient and modern.

And then suddenly you’re at the landing, flopping onto the concrete boat ramp, sunburned despite your best intentions, dragging your empty cooler after you, and wondering how to avoid soaking the interior of your car on the drive home. As you drive, the motion of the river does its best to rock you to sleep; when you finally get to your landlocked home, a hundred miles from your tube, it is still not done with you: Though you know you’re not moving, you bob gently, steadily, for the rest of the night.

Sam Anderson's essays and book reviews have appeared in the Philadelphia Inquirer, the New OrleansTimes-Picayune, and Exquisite Corpse. He a former book critic at New York Magazine, and is currently the critic at large for The New York Times Magazine.