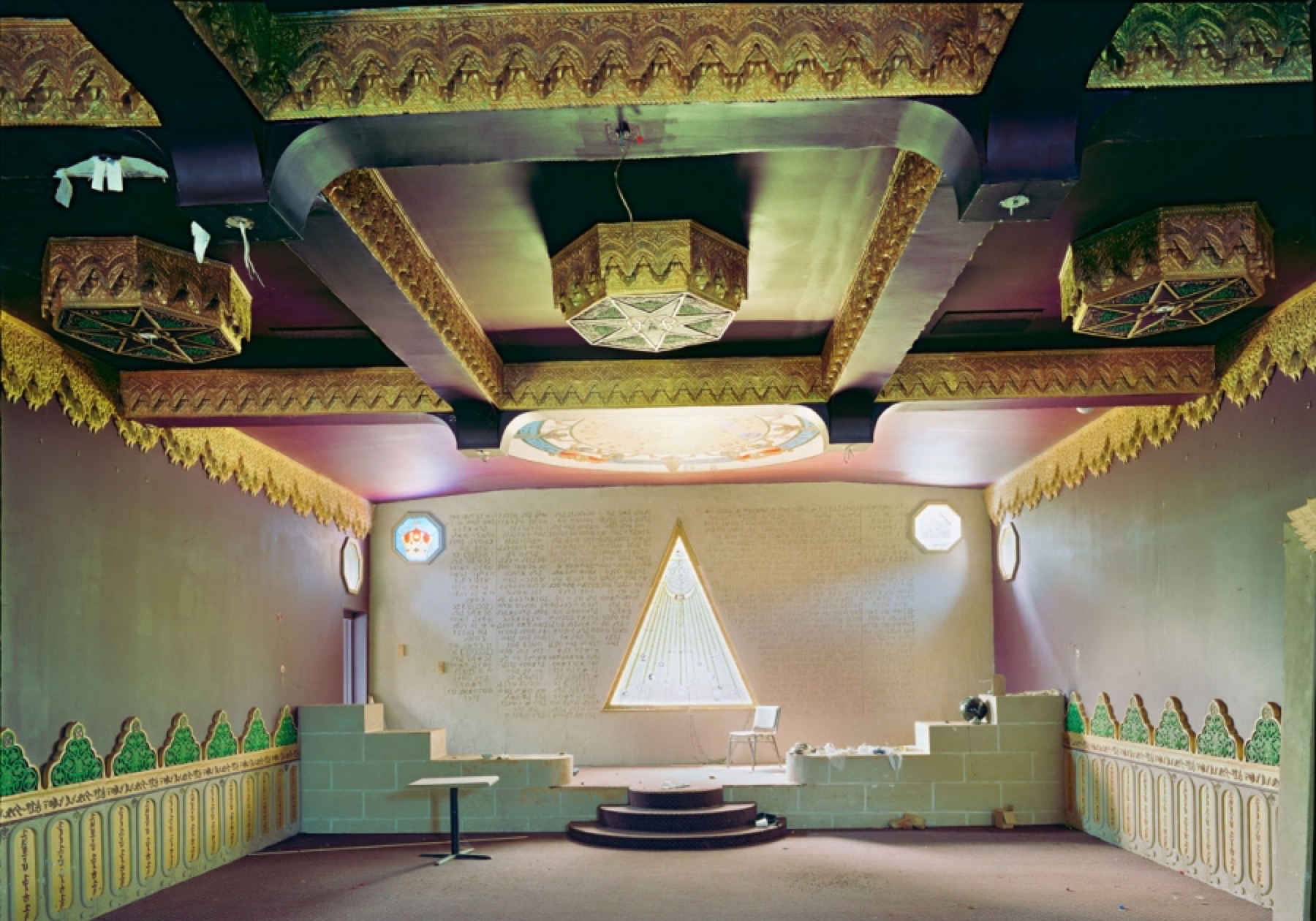 The United Nuwaubian Nation of Moors

You saw the two pyramids as you rounded the bend in the highway. They were several stories high, rising above the Georgia pines. One was black and one was golden. If your car windows were rolled down, you could hear an ummmmm coming from unseen speakers.

As the road made another bend, the entire complex came into view: the sphinx, the temple of the bull-god, the groves of fake palm trees, the thirty-foot-high golden ankhs, the rows of statues of animal-headed Egyptian deities, and—in some ways strangest of all, given the setting—a billboard that read JOHN 3:16. This was Tama-Re, the compound of the United Nuwaubian Nation of Moors. These photographs were taken shortly before the place was bulldozed.

The Nuwaubians are an offshoot of the Nation of Islam. Dwight “Malachi Z.” York founded the group and led its members.

Why the Nuwaubians moved from Brooklyn to Georgia in 1993 is a mystery. The most plausible theory I’ve heard is that the Nation of Islam regarded York as a heretic, therefore he needed to relocate to a place far from Nation of Islam strongholds. Putnam County, Georgia, fit the bill.

In constant flux, Nuwaubian theology has grown ever more baroque over time. Although it started as a branch of Islam, it eventually incorporated elements of Native American religions, Masonic ritual, Christianity, Judaism, and UFO-worship. The dominant influence, however, was ancient Egypt.

After they settled in Georgia, the Nuwaubians set about turning their little corner of the South into a vision of Egypt with the color schemes and impermanence of Mardi Gras floats. The garishly painted pyramids, temples, colonnades, and statues were mostly made of particle board, chicken wire, and artificial stucco.

At its height, more than a hundred people lived here in mobile homes painted to resemble stone temples—as much as a mobile home can be made to resemble one. Several hundred more Nuwaubians lived nearby. York himself lived in “the big house,” a ranch house that was on the land when he bought it, but which he accessorized with domes and minarets.

Not surprisingly, rural Putnam County, Georgia, was an uneasy host to an exotic African-American cult, especially when the Nuwaubians declared the compound a sovereign country and began building a nightclub in violation of zoning and liquor laws. A series of confrontations ensued with the sheriff, Howard Sills. During a four-year investigation by the Putnam County Sheriff’s Office and the FBI, reports surfaced that York was preying on the group’s children. Law enforcement eventually staged a massive raid on the compound, which, remarkably, occurred without violence.

York was convicted of child molestation and racketeering in 2004. He is currently serving 135 years. The federal government seized Tama-Re.

In 2005, a real-estate developer bought the compound and prepared to level it. Sheriff Sills manned a bulldozer on the first day of demolition. The local newspaper ran a picture of him at the controls as he smashed into the arch over the compound’s entrance. The replicas of ancient Egypt collapsed with just a tap.


For more on Dwight York and the Nuwaubian Nation of Moors read: “The Road to Tama-Re: An Enigmatic Ex-con, His Improvised Religion, and the Georgia Town That Watched It Fall” by Asher Elbein, from our Fall 2016 issue.

Anderson Scott is a Georgia-based photographer. He received his MFA from Yale. His work is in the permanent collections of numerous museums and galleries, including the High, the Smithsonian American Art Museum, and the Corcoran. View more of his work on his website.