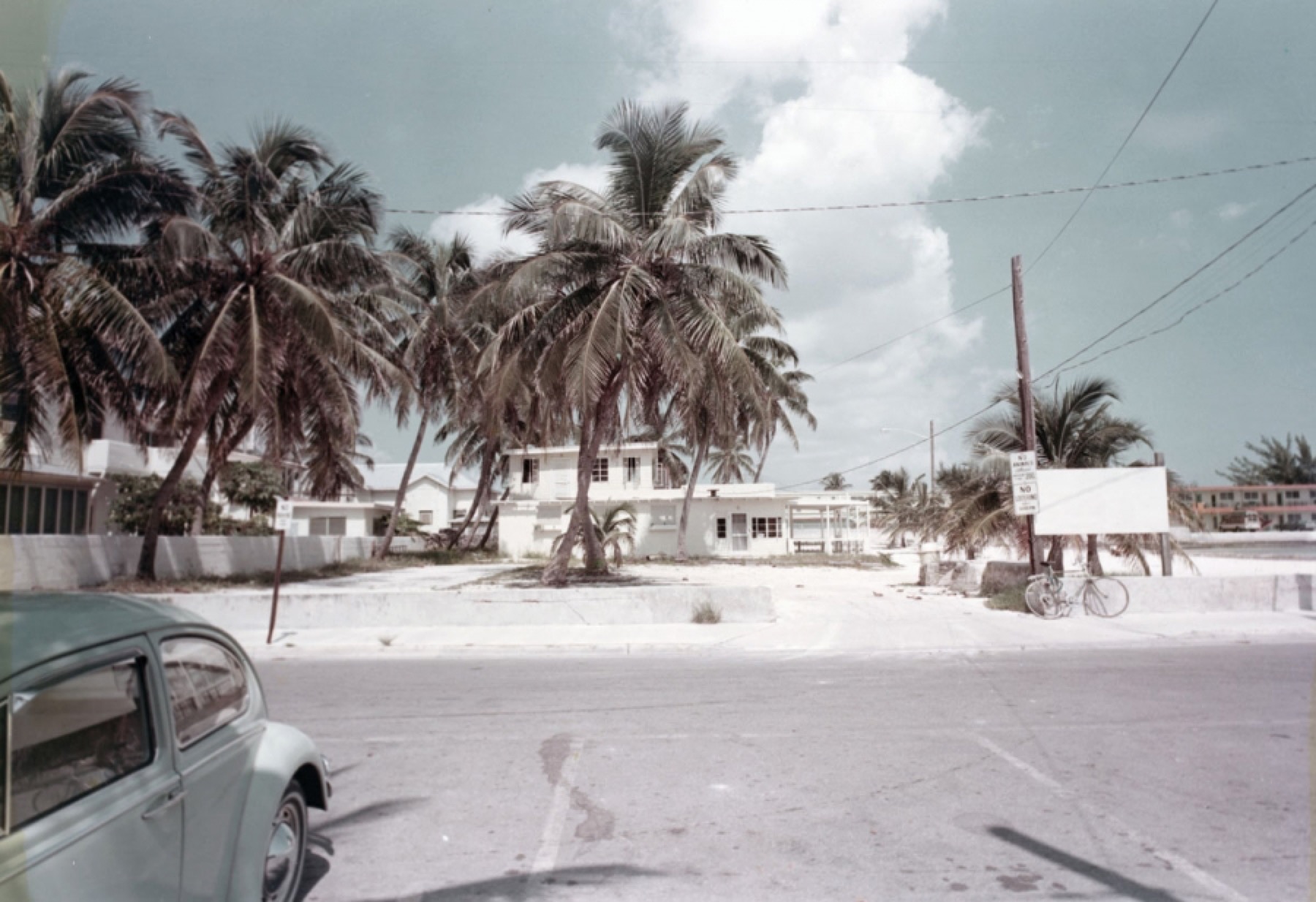 For many people, a visit to Key West is a trip to the fringe, a louche dead end filled with exotic slackers. “If there was any place on the map of the United States where the elevated ideology of being an American finally unraveled,” Jonathan Raban wrote in Hunting Mister Heartbreak, “it was on the Keys.” Yet if you live elsewhere in Florida, and happen to have grown up in another state, Key West provides a nostalgic return to normalcy. The first time I drove into town, in 1991, from my new home in Fort Lauderdale, I was struck not by the alien but by the once-familiar: porches, alleys, chickens, white picket fences, people on bicycles. I had left the world of condos and gated communities and seemed to be on a childhood trip to my grandmother’s house, a house that in a bewildering but beguiling twist had been uprooted from central Pennsylvania and set down in a tropical garden.

Turning onto Duval, I headed down the Conch version of Main Street U.S.A. As at Disney World, the buildings were pretty, and seemed to have been built on a slightly smaller scale than usual. There were numerous places to buy ice cream. Mixed in with them, of course, were loudmouth bars and window displays of X-rated shirts. Purists constantly bemoan the scourge of t-shirt shops, yet this item of clothing is single-handedly keeping the aphorism alive.

And Key West has long been a writers’ town. The purpose of that first trip was to report on the annual Key West Literary Seminar, which that year was devoted to travel writing. The keynote speaker, John Malcolm Brinnin, was also a resident, and he validated my impressions of the place by noting that he and his septuagenarian friends lived very much as they had as children: they wore short pants, they rode around on bikes, they took afternoon naps. This constituted more of a regression than an unraveling.

My room was at the Pier House and my chambermaid was Polish, which seemed serendipitous—I had lived in Warsaw in the early ’80s—until I discovered that the town was sprinkled with Poles. They made beds, bused tables, washed dishes, poured drinks, scooped ice cream (often after a stint in Chicago). I found myself, remarkably, in an evocative old-fashioned town covering a conference of writers I admired while in my spare time brushing up on my Polish. Adding to my satisfaction with the world was the fact that it was January and I didn’t need a coat. Subsequent trips to Key West happily reinforced for me this unlikely triumvirate—for a wayward, subtropical isle—of the bygone, the literary, and the Polish.

The literary seminar didn’t tackle travel writing again until 2006, a gap that might conceivably be attributed to the fact that the town has inspired so much bad travel writing. This time I stayed, more appropriately, in a three-story Victorian with a porch and a balcony. Every morning I’d come downstairs and find Dervla Murphy eating breakfast in the garden. I drank tea with Pico Iyer and went barhopping with a former poet laureate. When not attending panels, I researched a story about the Eastern European workforce. I was the travel editor of the newspaper in Fort Lauderdale at the time and, while I’d read hundreds of articles on Key West, I’d never come across anything about the heavily accented and sometimes highly educated help. They were service people, invisible to anyone not transported by the accent.

As I made my rounds, I discovered that over the years the Poles had been joined by others from the old neighborhood: Hungarians, Ukrainians, Moldovans, Belarusians, Lithuanians, Latvians, and Czechs, who, it was said, now outnumbered the Poles. Most people I talked to spoke very highly of their Czech carpenter or their Latvian salesgirls. I met a Belarusian waitress, a recent English major, whose favorite American writer was O. Henry. A young Polish woman, working in a sunglasses shop, wrote poems in her free time that she described as “hermetic.”

Not long ago I returned to Key West to write an article about Casa Marina, the hotel that first began hiring Poles in the early ’90s. I had missed it on my first visit, since it’s not in the center of town but tucked away—if a grand hotel can ever be “tucked”—in a quiet neighborhood bordering the Atlantic. Envisioned by Henry Flagler, and opened in 1920, it seems less a part of Key West than of the Florida tradition of great outpost hotels. Because tourists were, at least in the southern half of the state, the real pioneers, hotels are our most historic and iconic structures. They are to Florida what castles are to Europe.

When I mentioned to a friend that I would be writing about the hotel, he promptly informed me that the bar had been the setting for a fistfight between Ernest Hemingway and Wallace Stevens. This was not true, I discovered after doing a little research; the fight took place on a street in town. But the hotel was where Stevens would stay when he’d come seeking refuge from Connecticut winters. Most of the letters in the last chapter of The Contemplated Spouse: The Letters of Wallace Stevens to Elsie were written on Casa Marina stationery. One informed the left-behind partner: “Robert Frost was on the beach this morning and is coming to dinner this evening. We are having what is called conk chowder, a thing in which he is interested.” Stevens was more impressed with the hotel than he was with the town. “The delightful porches full of palms on which you take your meals are just as good as they ever were,” he wrote to his wife in 1935, one year after proclaiming: “Key West is extremely old-fashioned and primitive. The movie theatres are little bits of things.” Though the city inspired “The Idea of Order at Key West,” if not also “The Emperor of Ice-Cream.”

Alfresco dining at Casa Marina has moved from the porches to the small beach, where every evening, weather permitting, white-clothed tables are set up in the sand. Inside the hotel, the bar in which the famous fight never happened is hung with enlarged, black-and-white photographs: Henry Flagler on the day his train first pulled into town; a shirtless Harry Truman proudly holding up a fish; John F. Kennedy sitting in the backseat of a convertible and getting an earful from a local in swim trunks. There is a picture of Tennessee Williams having drinks with Truman Capote but, sadly, none of Wallace Stevens sipping soup with Robert Frost.

Leaving the hotel and taking a stroll, I was reminded that the town’s homey otherness is heightened at night. The humid air is perfumed with flowers and salt. Softly lit rooms endowed with antiques appear through cracks in front-yard jungles. Porch lights produce primeval shadows. The susurrations of palms—or are they Poles?—caress the ear.

Thomas Swick is the author of Unquiet Days: At Home in Poland and A Way to See the World: From Texas to Transylvania with a Maverick Traveler. His work has appeared in The Best American Travel Writing 2001, 2002, 2004, 2008, and 2012.