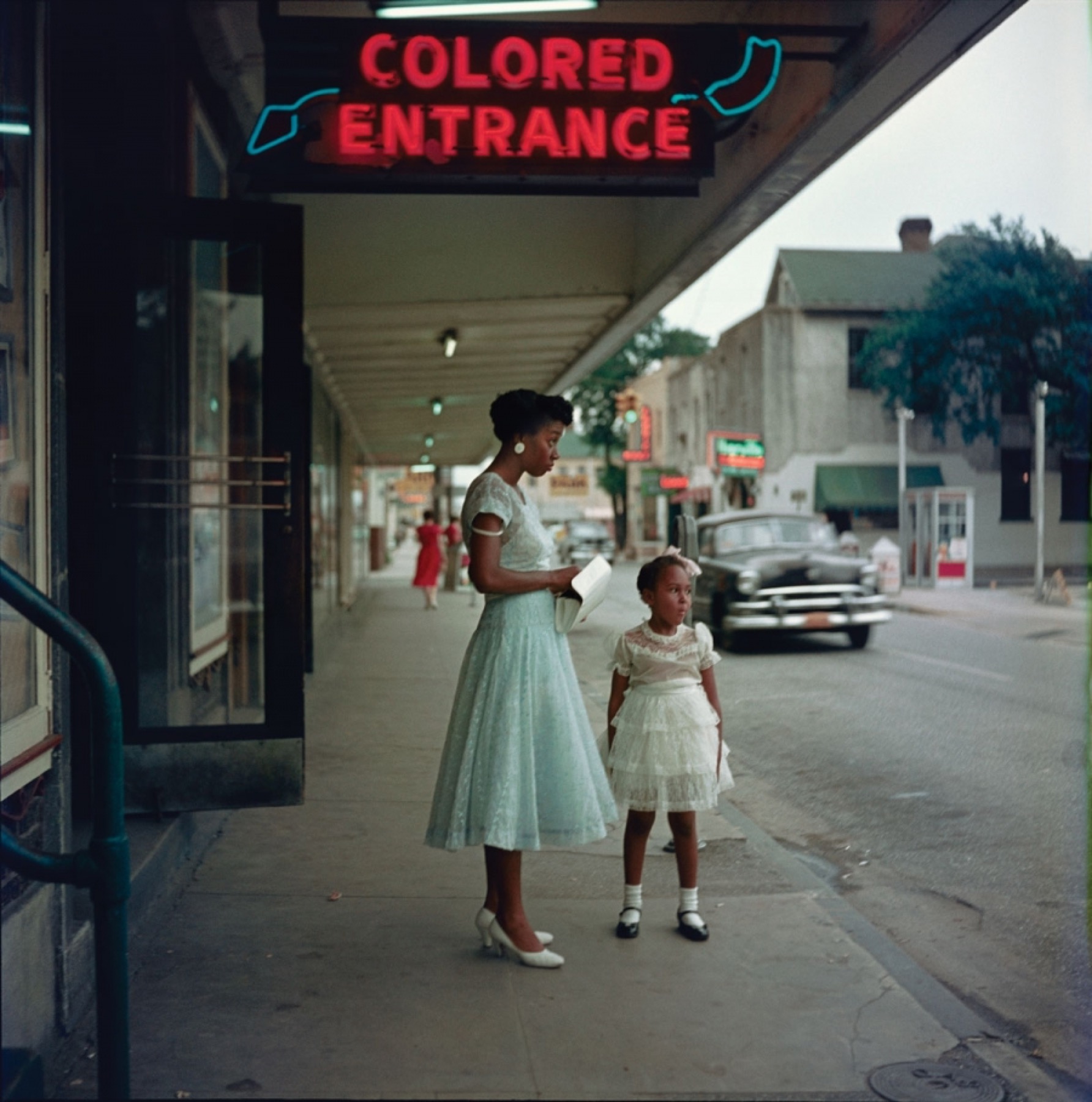 Daisy Bates stood small and beautiful inside the door of the trailer home that doubled as her office in the town of Mitchellville, Arkansas. It was a hot July day, and I was a sixteen-year-old sharecropper’s daughter with eyes as huge and round as a plastic doll’s, frozen in fear as Daisy stood languidly against the door, offering her cool, questioning smile. That was 1969, and, sadly, my prayer to land a summer job with the famous Daisy Bates was left unanswered. Daisy wouldn’t have known that during those few terrifying moments, I was comparing her to the image on my parents’ “wall of heroes,” pictures they’d bought at the Pine Bluff dollar store, or clipped from the Pine Bluff Commercial. I never asked my parents about those photographs, but I suppose the four men and one woman on that wall gave them a sense of hope as they went through their days of remarkably harsh labor as cotton sharecroppers, and some sense of security when they lay down at night, too exhausted to do much besides feed their houseful of children. There, in stark black and white, was Daisy, the Kennedy brothers, a young and handsome Martin Luther King Jr., and Franklin Delano Roosevelt—my daddy’s favorite president before Clinton and Obama came along.

I was five years old in 1957, when Daisy was at the center of the Arkansas civil rights struggle.  It was eight years later, 1965, when the town of Gould took a stab at integration. That summer, the school board sent letters to black parents announcing “Freedom of Choice.” A limited number of black students could be enrolled in Gould’s white schools. T.J. and Ethel Kearney quickly enrolled every last one of their children in this try-out school initiative. Gould was seventy miles south of our state capital, where Daisy had become the most famous and most vilified Arkansan in the state’s history; it was a farmer’s town consisting of a cotton gin, family grocers, around 1,900 people, and hundreds of cotton and soybean fields. Though Gould wasn’t even a speck on the state map, it bore the name of the infamous railroad robber baron Jay Gould. Our railroad tracks, as in most rural towns, served as a most efficient separator of the races.

After my unsuccessful bid for summer employment with Daisy, I reverted to the role I’d held the previous ten summers and joined my siblings as a hired hand for white farmers. Graciously, our parents allowed us to keep half of the $4 a day we earned to purchase school supplies and clothing.

My memory of that surreal meeting in 1969 remains a highlight of my sharecropper childhood. I’ve often wondered how much of Daisy’s own early life experiences served as impetus for her fight against racism and segregation. She never really spoke of such things in later years, when I came to know her. There was irony and sadness in that orphan’s fight for an educational freedom she never experienced. As a bright child who loved learning, Daisy had been offered only a piecemeal education, one pitifully inadequate and incomparable to that of the white children in town. Like many black Southern girls of the pre-civil rights era, her schooling abruptly ended at eighth grade.

Daisy’s impatience and anger at the status quo was about more than the failure of Little Rock to educate its black children. The segregated system had failed generations of black children, including those of Huttig, Arkansas, where Daisy learned the ugliest of truths about the evils of racism. The Union Saw Mill company, where Daisy’s foster father worked, created a starkly segregated town. Blacks and whites labored all day in civil accord at the saw mill, but understood the unspoken rule that blacks and whites resume their separate lives after quitting time. Sometimes those lives intersected, with tragic consequences. It was in Huttig that Daisy’s mother was murdered by white men and where she was abandoned by her father, who fled in fear.

By the time I met Daisy in 1969, my hometown Gould had progressed to a Southern version of full integration. In fact, the school was made up of an all-white administration and a disproportionate number of white instructors teaching the 90-percent-black student population. Most white parents sent their children away to adjoining school districts or to private academies inside the town. If this amazing civil rights leader had taken on the racial and education inequities plaguing Gould, would things have turned out differently, or better? Would integration in our town have resulted in something closer to what Daisy’s friend Martin Luther King Jr. described as a colorless society, a society in which adults laid aside their differences and worked together for the good of all? I suspect that Daisy would have been good for Gould, that she would have offered courage to black parents and students alike. She would have brought attention to the fact that we remained in the grips of a “separate, but equal” school system, even if we called ourselves integrated. Daisy might have single-handedly transformed our no-name town into a feature story on local and national television screens and airwaves. But in spite of all that she accomplished in her civil rights struggles, I wonder if the diminutive civil rights giant could have transformed our town’s intrinsic divide. America’s forty-second president said it well: “At its base, this issue of race is not about government or political leaders, it is about what is in the heart and minds and life of the American people.” No judge, no law can guarantee acceptance or respect. Although laws hold us all accountable, they often fail to guide our hearts. Daisy changed the racial landscape of Arkansas in remarkable ways, but in the end even she couldn’t erase the legacy of slavery, which is still so powerful in the American South.

Janis F. Kearney is the author of Daisy: Between a Rock and a Hard Place, a biographical memoir of civil rights leader Daisy Bates. Kearney was the personal diarist for President Bill Clinton during his second term in office.