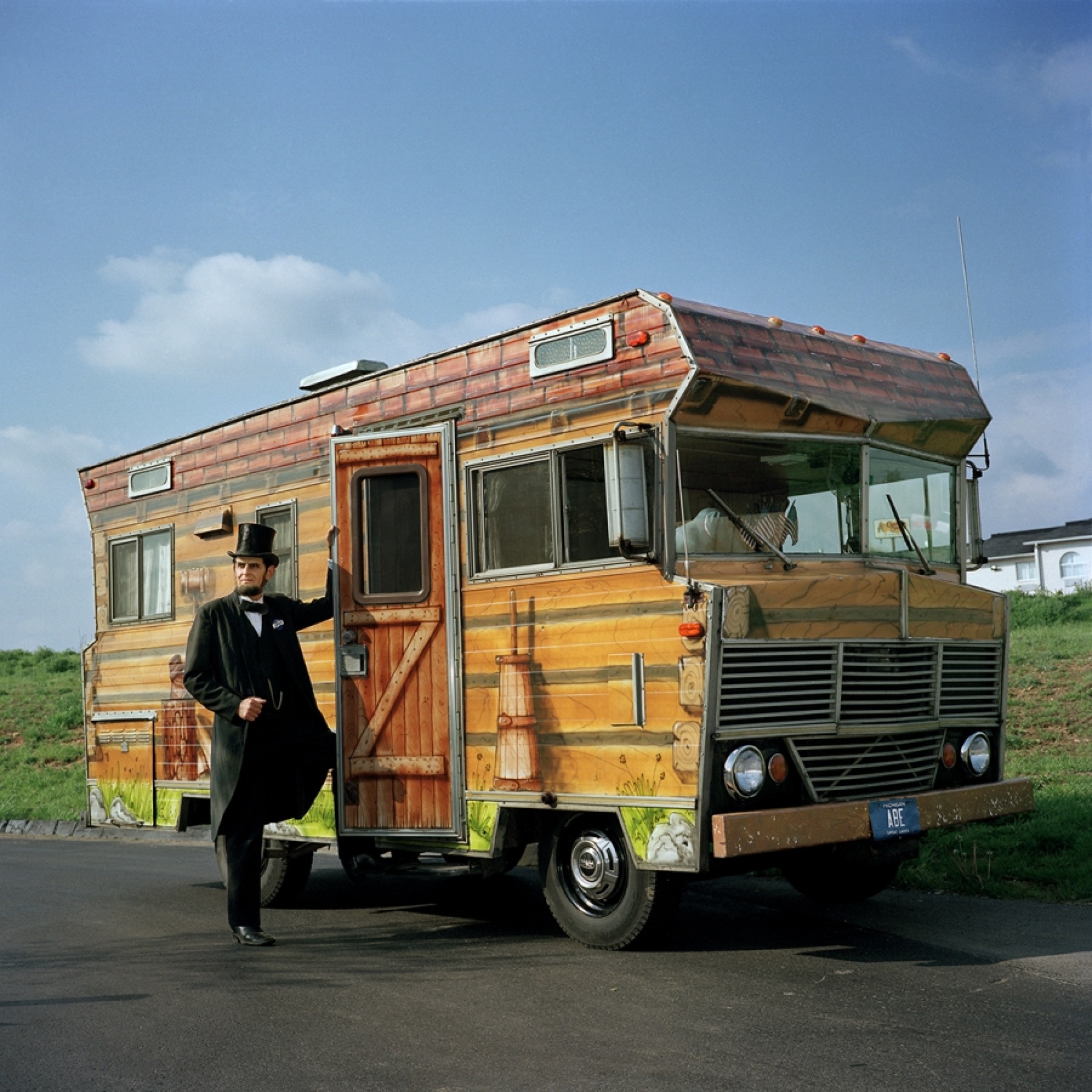 On October 8, 2012, Mr. Juan Perez, drummer for the Beth McKee Band, drove from his house in Orlando over to the Orange Blossom Trail and through the vestigial orange grove surrounding the old ranch-style house that serves as the Randall Knives factory and went in and picked up, for $372.75, his Denmark Special, in O1 tool steel, a knife he has wanted for fifty years since running around Orlando hunting small game with boys better off than he who had Randalls, one of the boys in fact a friend of Pete Denmark for whose father’s store the knife is named, that’s complicated, let’s move on. Mr. Juan Perez did not have to wait the current fifty-three months to have his Randall made.

On November 9, 2012, Mr. Juan Perez got in the band van with his new Randall rolled up in a face towel with its sheath (but not in its sheath, acid in that leather) and drove to Tallahassee to play a gig later that night at the Bradfordville Blues Club, an historically black club enjoying three distinctions: that it is still operating, that it is on the Mississippi Blues Trail, a fancy historical marker attesting to that effect in front of the club under the live oak known as the dog tree because “all the dogs” are said to be buried under the tree, the category of dogs constituting “all the dogs” unknown, and that it is on the Mississippi Blues Trail without being in Mississippi. The drive was long, and one of the members of the band said he’d like to see a porno made of Mayberry, and the band agreed that Helen Crump was very hot, and someone said it would be good if Barney Fife had a huge member, and Mr. Juan Perez said, “In fact he did. It was so large that Don Knotts’s friends called him Dong Knotts.”

In the ranch-style house that serves as the band house for the visiting bands that play the Bradfordville Blues Club it was perceived that there was no proper bedroom for the bassist Mr. Dan Walters, and to prevent his having to sleep on a hide-a-bed with that troubling bar, Ms. Melissa King, who accompanies guitarist Joe King and who recently told Paul Thorn that she overheard two women in the restroom before his show saying that they felt he, Paul Thorn, was a panty melter, dragged the top half of her and Joe’s bed into the den and made it up on the floor for Mr. Dan Walters. Paul Thorn took the stage and announced that he had just been told by a “nice lady dressed up like an Indian” that she’d heard women calling him a panty melter and that he had never heard of that but supposed it was a good thing.

The band talked a long time before the show and after the show, which was not well attended, which bummed the band out, which made the after-show talk last until 3 a.m. without drugs or alcohol, and Mr. Juan Perez said, “The first time I saw the Allman Brothers live, I just stood there not quite understanding what I was listening to. What is going on? I got as close as I could to the side of the stage and lined up Jaimoe and Butch Trucks. They were playing different patterns but when it came to the fill, they were instantly synchronized. I’d never seen anything like that before,” and he also gave his impression of Dick Morris, rolling his eyes in a comical manner reminiscent of the grandfather clock on Captain Kangaroo and attempting to have spittle fly out of his mouth, “I am the Truman Capote of Republican strategith, if it hadn’t been for Thuperthorm Thandy thealing Mither Romneeth momentum, I believe he would have eathily won the electhion,” and of his prostate surgery he said, glass half fully, “I was continent in four months.” Then the band went to bed.

In the morning the band drove out Centerville Road to Bradley’s Country Store to get mostly sausage. They proved far from alone in deciding to go to Bradley’s to get sausage on a Saturday morning and there were at times maybe fifteen people in line in front of the meat counter so the band sat down at a small table that had a display of Case knives in it and Mr. Juan Perez, at this point wearing his Randall in its sheath on his belt, took it out and put it on the glass over the lesser knives and they took a photograph of it. They sat there in the agreeable country-kitsch of the place, mule collar on the wall,

MULLET
loaded on your truck for
5¢ pound at

The band went outside and loaded their purchases into the van and noticed a man getting out of a truck near the smokehouse and a band member asked him, “Are you connected to this operation?” and he said at one time he was but he was now retired, he was Frank Bradley, and Frank Bradley showed them the sausage-making room, and the federal inspector’s office, telling them that at one time they had a lot of trouble with the Florida meat inspectors until all the local sausage people militated to get rid of the Florida meat-inspection program and with the help of Senator George Kirkpatrick they did, and he showed them where the hogs come in and are stunned and bled and the scalding trough (148 degrees) and the big swaged lever to flip the hog, they like about a 240-lb hog, into the tumbler that whaps most of the hair off the hog, of which there can be 18–20 in a normal week and as many as 50 a week in the holidays, so many that they have to go to Liberty County or even Tennessee to get enough hogs, and a 240-lb hog makes 125 lb of sausage you do the math, and he showed them the smokehouse which was hard to see the sausage in because of the smoke, and the external firebox which was essential in not starting the fires in the smokehouse they had to contend with when the firebox was internal in the old days, and the hickory corded up by the box, and he showed them the grist mill in the nicely restored mill house with the fifty empty bags of corn ground yesterday still beside the grinder, and he told them Bradley’s grits can be eaten with a fork and others have to be eaten with a spoon, and he told them he was having knee surgery Monday and he trusted his doctor because he had already had him do three hip replacements, he is 87, his grandmother started Bradley’s in 1910 selling sausage out of her kitchen window, it is still her recipe they use, people seem to like it, what worries him is the knee giving out going down stairs and his falling, his father in the beginning delivered sausage to Tallahassee, to stores, banks, you name it, but at a point he said If you want this sausage you can come get it and stopped delivering it, and he, Frank Bradley, took over the business in 1963 and now his daughter Janet has it, and we stood there in the crisp fall North Florida air redolent of smoked meat, and I suppose there might have been a better place to be at that moment, you could be, say, having you a brandy at Le Grand Colbert brasserie in Paris on a Saturday morning watching cultivation go by, people who like to say the United States is racist but who themselves have yet to elect a black man to head up their free democratic operation, come to think of it the United States may be the only free democratic country to have elected a black man unless there is actually a free democracy in Africa or the Caribbean, we know some say they are, but things can be shaky over there with the Toyota trucks and Kalashnikovs and so forth—the way they weren’t shaky over here until we started in with the Florida recounts and the voter-registration restrictions—and at any rate where is one that has a predominate white population electing their black man, or you could be just there in the sand yard at Bradley’s talking to Mr. Bradley, hoping his surgery goes okay, doing fine.

Then the band continued out Centerville Road until it becomes Moccasin Gap Road and eventually leads more or less right to Reeves Landing campground and fish camp on Lake Miccosukee, the lake so low in preparation for burning the vegetation in it that if it weren’t for some good beer drinkers Eli Reeves would not be able to hang on, and then the band drove to Capps, Florida, and stopped at the historic home of Mr. Robert Olen Butler, who had one wife run off with his two parrots and another wife run off with Ted Turner, but Mr. Robert Olen Butler was not there, he was at Noir Con where he was the keynote speaker, and his new wife, also the new mayor of Capps, showed them two of the perfectly appointed rooms in the historic house and gave them Mr. Butler’s new book and they went on back to Orlando, whence Beth McKee reported, “The minute we hit the door last night, Juan had the WD-40 and some other polishing product out on the kitchen counter cleaning the sausage grease and mustard off the Denmark. Heh heh.”

Padgett Powell is the author of six novels, including You & Me, The Interrogative Mood, and Edisto (a finalist for the National Book Award), and two collections of stories. His writing has appeared in the New Yorker, Harper’s, and the Paris Review, as well as in Best American Short Stories and Best American Sports Writing. Powell lives in Gainesville, Florida, where he co-directs and teaches at the MFA@FLA, the writing program of the University of Florida.