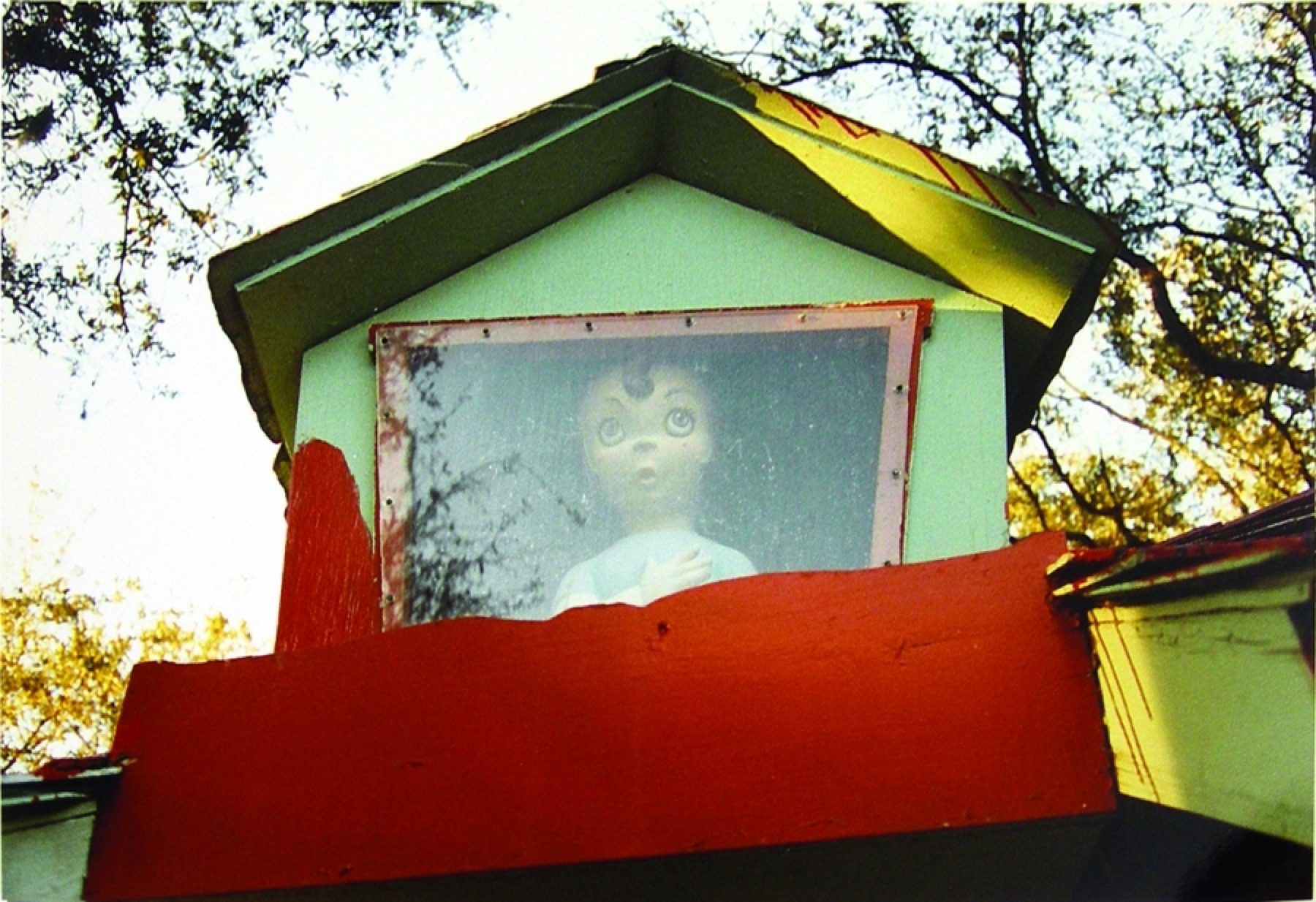 Some people come to the old Jazzland amusement park by way of the service road off Interstate 510, bringing their cars directly onto the grounds. Before the city stepped up security, I once saw a blue Corvette and black Chevy S-10 pull up and proceed to chase each other at top speed around the central lagoon, then disappear to the far end of the abandoned park. But if you come on foot, it’s best to slip through the hole cut in the chain-link fence, picking your way through the broken glass and shards of scrap metal in the parking lot. Don’t expect much of a reception—the attendants’ seats at the ticket booths have been empty for nearly eight years. In late August 2005, the staff of Six Flags New Orleans—like most who left town for the weekend—assumed they would be back at work just a few days later. They powered down the rides, turned out the lights, locked the doors and gates, and mounted a sign above the entrance: CLOSED FOR STORM. Eventually the letters began to blow off.

In its heyday, Jazzland was an ideal spot for a weekend’s misadventures; today the park has become a destination for urban explorers and looters. Pass through the entryway into the anterooms and you’ll see that vandals have finished the work that Katrina began. In the administration office, the computers, long shorted-out and smashed, are piled on top of one another, and the dry-erase board that once displayed the maintenance schedule for the rides is slathered in graffiti. In the safe room, steel cages containing filing slips, plastic security bags, and pneumatic tubes for the deposit system lie in a jumble. Balancing sheets and cash control logs were left behind, now buried under piles of dime and quarter slips, and a noticeboard still warns the staff: Beginning this Sunday (8-28-05), the new scheduled arrival time to work is 10:00pm (22:00) (Sundays only). Please take note of this change!!

Farther in, the damage increases. Along an old-timey strip of shops and boutiques the faux hotel is now a gutted hulk. The fryers and refrigerators where Rita’s Creole Kitchen once dished them up fresh and hot are now rusted, rank heaps. In the Orpheum Theatre, where variety shows and concerts used to be held, stained columns reveal the burnt-orange waterline of the flood and muslin hangs in tatters from the ceiling, floating in the breeze that leaks in through the broken windows. The gears on the wall-sized clock are frozen in time. A life-sized, papier-mâché Mardi Gras Duke holds court on the floor, his head shorn clean off, taken as a trophy by the explorer who placed him there. Upstairs, on an office whiteboard, you can find the following scrawl: I’ve been inside of you.

Most of the park’s treasures have been scavenged, though film crews occasionally show up, attracted, perhaps, to this contemporary vision of the apocalypse. Strange totems remain, enigmatic and poignant reminders of petty disputes and mundane tasks. A restaurant attic reveals a purchase order for eggplants, bananas, and diced green peppers from Bubba’s Produce Company in Slidell, along with unopened boxes of plastic Sysco cups and plates. Another room holds a set of gorgeous, pristine Mardi Gras beads that looters have missed. On a moldy printed e-mail in the human resources office, dating from the weekend Katrina hit, an employee complains that she wasn’t given enough hours and berates her superior for misspelling her name. In the infirmary—treacherous, ironically, for the collapsed floor and broken glass on every surface—a refrigerator, still containing puckered soft-drink cans, emits the noxious stench familiar to anyone who gutted houses after the storm. Syringes sit corroding in cabinets, every available narcotic long gone.

Outside, mounds of dirt share space with the invasive, fast-moving Chinese tallow trees and varieties of willow. The synthetic “jungle” through which one could once ride miniature electric Jeeps is now a real one, the plastic cutout of the old cartoon Tasmanian Devil barely visible through the weeds. But the best impression of the park comes from above: if you can avoid the roving security guards who now patrol the site, it’s still possible to climb the tracks of the Mega Zeph roller coaster for a panoramic view. A hundred feet up, the wind whistles through the slats, the rain-softened wood giving slightly under your feet, and you can hear the traffic on I-10 stream through the marsh, the city half visible through the fog. Down below, the grounds are eerily empty, the buildings haunted by absence, the earth brown and scarred as though burnt by fire. On your way out you find a roll of tickets from the entry booth. The ink on the tickets has faded; every last one of them is completely blank.

A native of Hattiesburg, Benjamin Morris is a member of the Mississippi Artist Roster.