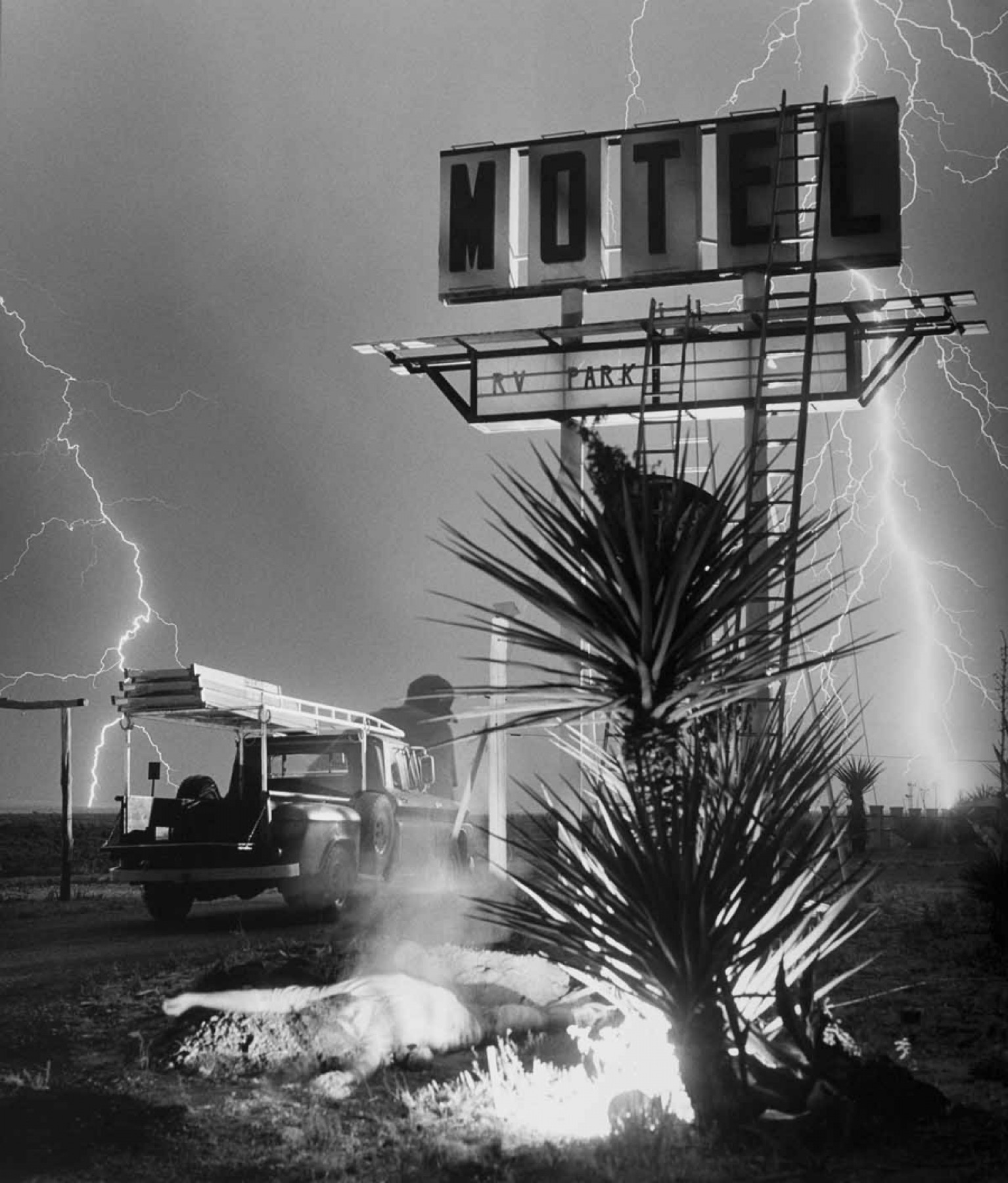 True Love Will Find You In The End

His songs have been recorded by the Dead Milkmen, Yo La Tengo, Pearl Jam, Beck, and Tom Waits. Kurt Cobain was often photographed wearing one of his Hi, How Are You t-shirts. David Byrne sang his praises, Bill T. Jones choreographed a ballet to his music, and Matt Groening said he was his favorite songwriter. According to Bowie, “Daniel Johnston is an American treasure.”

When legend becomes fact you print the legend. But what happens when there is a tumbling confusion of legends? The tale of Daniel Johnston is a twisting tapestry of his music, life, and mental health. A host of labels describe him: poet, songwriter, manic depressive, wandering minstrel, hurting soul, artist, agent provocateur, man-child, performer, survivor. But the real song of Daniel Johnston is both more mundane and more transcendent than a cataloging of archetypes. The artist we call “Daniel Johnston” is the personification of a series of suggestions, metaphors, and meanings. Like the Wizard of Oz, his image is greater than a single human being, and just as consciously constructed and carefully manipulated. But the part of the story that people sometimes miss is that the only person behind the curtain creating that myth is Daniel Johnston himself.

Almost no one achieves fame in the music business unless they want it and work hard at it. This truth is fervently denied by many artists who claim they were discovered by accident, growing pure, like shocks of wildflowers in a field. What crap. Daniel Johnston dreamed the dream, blatantly and naively at the same time. He wanted to be bigger than the Beatles, a thought he often shared, and he was delighted by any recognition. He was always naive, innocent, cynical, sincere, manipulative—all at once. He was both deliberate and totally out of control.

It all began in the mid-1980s, when Daniel became the talk of the Austin music scene. He would hand out copies of his hand-produced tapes. One day in 1985, I was alone in the Chronicle offices, writing. I heard a slight but persistent noise outside, so I opened the front door to find a pleasant but intense youth standing there, shuffling his feet rather than knocking. “I’m Daniel Johnston,” he said, handing me a homemade cassette. I gave him my standard spiel about how I’d get a Chronicle music writer to listen and maybe they would write about it.

I closed the door and returned to my writing. The shuffling sound continued. So I went back to the door, where the youth was still standing. “I didn’t give it to you to review,” he said. “I just wanted you to listen to it.” Thanking him again, I closed the door. But I did go back inside and put on the tape. Five years later Daniel drew a comic strip about our first encounter. In the strip, after I answer the door a second time, he gives his sincere pitch, with a triumphant thought balloon above his head: “He Fell For It!”

Later that year, Johnston took the stage at the Beach, an Austin club. He was opening for Glass Eye. Antsy and uncertain, Johnston simmered with crazed energy. It was one of  his first public performances. Shakily playing guitar, he sang three songs. He sounded as if the words were being painfully yanked out of him, one by one. The last song was “The Marching Guitars.” As he began it, the audience was already listening in awe at this awkwardly erupting performance. He finished the song: “And no one can stop them/the marching guitars.” Then he raced offstage to hide. We were all blown away, devastated.

Soon, after MTV’s Cutting Edge came to Austin, he surfaced on the national scene. His tapes continued to spread, and his legend grew. When Warner Brothers or Rolling Stone would call the Austin Chronicle looking for Daniel, I’d redirect them to the McDonald’s where he worked.

Johnston’s personal life has always been rocky. The week of Christmas, in 1986, I was called from my bed, where I had been lying with a 103 degree fever, to the University of Texas campus, where a crazed Johnston was standing in the middle of a small stream, talking about God and the Devil, his eyeballs gone white, singing his song “Running Water.” I helped drag him out of the water, handed him over to the campus police, and he was committed to a mental hospital. Similar incidents followed. When Johnston went to New York City to hang out with Sonic Youth, he wandered off and was finally arrested for covering the inside of the Statue of Liberty with graffiti. Once, flying in his father’s single-engine plane after the 1990 Austin Music Awards show, where I had booked him, he turned off the motor and tossed the key out the window, causing the plane to crash in Arkansas. Just a few years before, after recording with Jad Fair of Half Japanese, he got off his bus at the wrong stop and ended up backing a woman out of her second story apartment window because she was surrounded by demons.

Yet his brilliance, drive, and support system allowed him to persevere somehow; the right combination of meds was found, and his brother Dick Johnston took over his life and career, bringing a remarkably steady, loving hand to the tiller.

In 2005, The Devil and Daniel Johnston documentary was released. Daniel made an appearance at the Alamo Drafthouse in Austin, playing two songs after a screening. Twenty years after I first met him, Daniel was much larger and moved far slower. All those years of brilliant songwriting, erratic performing, continually growing acclaim, personal drama, tragic incidents, mental breakdowns, and extended hospital stays had taken their toll. Talking to him after that show, it was obvious to me that he was on medication. He was distant, sunk somewhere deep inside himself. But then he began to reminisce about how he used to push my buttons at the Chronicle. Warming to his memories, he recalled how he used to call me collect from hospitals after his breakdowns, giving his name as Jonathan Demme, Jesus Christ, or Abraham Lincoln. Making demands, insisting I get his “Mountain Dew” commercials to the right people, demanding more editorial coverage, he kept on until I would lose my temper, screaming at him, smashing the phone against my desk. Carried along by his memories, recalling how much he used to gleefully torment me, he came to life, eyes aglow. Always on one and the same topic, himself. Sure, Johnston has long been haunted and hunted by the Devil, but Lucifer has just as often been inside him.

This is not an exposé. It may even be a lament for the real Daniel, the human being who all too often gets lost in the myth-making that surrounds such a cult artist. Daniel is everything you think he is but so much more. A genuine emotive artist, he is still remarkably conscious of how he makes his way through the world. His song is one of both innocence and experience, of naiveté and surprising sophistication, while its singer is both pure and corrupted, artist and showman, poet and huckster. All these contradictions, no matter how extreme, have long been cataloged in his music.

Thirty years along, his most improbable career continues to soar. In September, a very large, somewhat ailing Daniel Johnston, leaning on his walker, hobbled across the stage at the Hollywood Bowl to play a set on a bill with Neutral Milk Hotel and the Breeders. The audience hanging on every word, he launched into “Rock ‘N’ Roll/EGA,” singing about loneliness and the passing of time, and when he cried out, “But oh, that rock ‘n’ roll, it saved my soul,” everyone stood up and cheered.

As a performer and recording artist Johnston is thriving, regularly selling out shows around the world, and more than half the albums he’s released are still readily available. Galleries around the world exhibit his artwork. Most importantly, his music continues to be significant, not just to long-time listeners but to new generations of fans. According to his brother Dick, Daniel regularly receives passionate letters from young people who’ve just discovered him, who feel as though his unique voice is speaking directly to them. His music makes them feel less alone and isolated in the world.

Ultimately, biography is of passing interest; personality is mere context. What’s most important is the music. Tonight, home alone, my deadline passed, I was haunted by Retired Boxer, recorded in 1984. It was the tape Daniel handed me that day when I answered the door. I stopped writing to put it on. Listening closely, as so many have over all these years, I sank into the music. The last song began and I soon found myself crying. The true meaning of this music is not the man named Daniel Johnston, or the story of his life, or my relationship with him, or the interplay between myth and reality. The music transcends all that, is so much more ethereal and powerful, because its meaning is not made in the head but in one’s heart. Daniel was always right, damn it, at least for me. True love really does find you in the end.