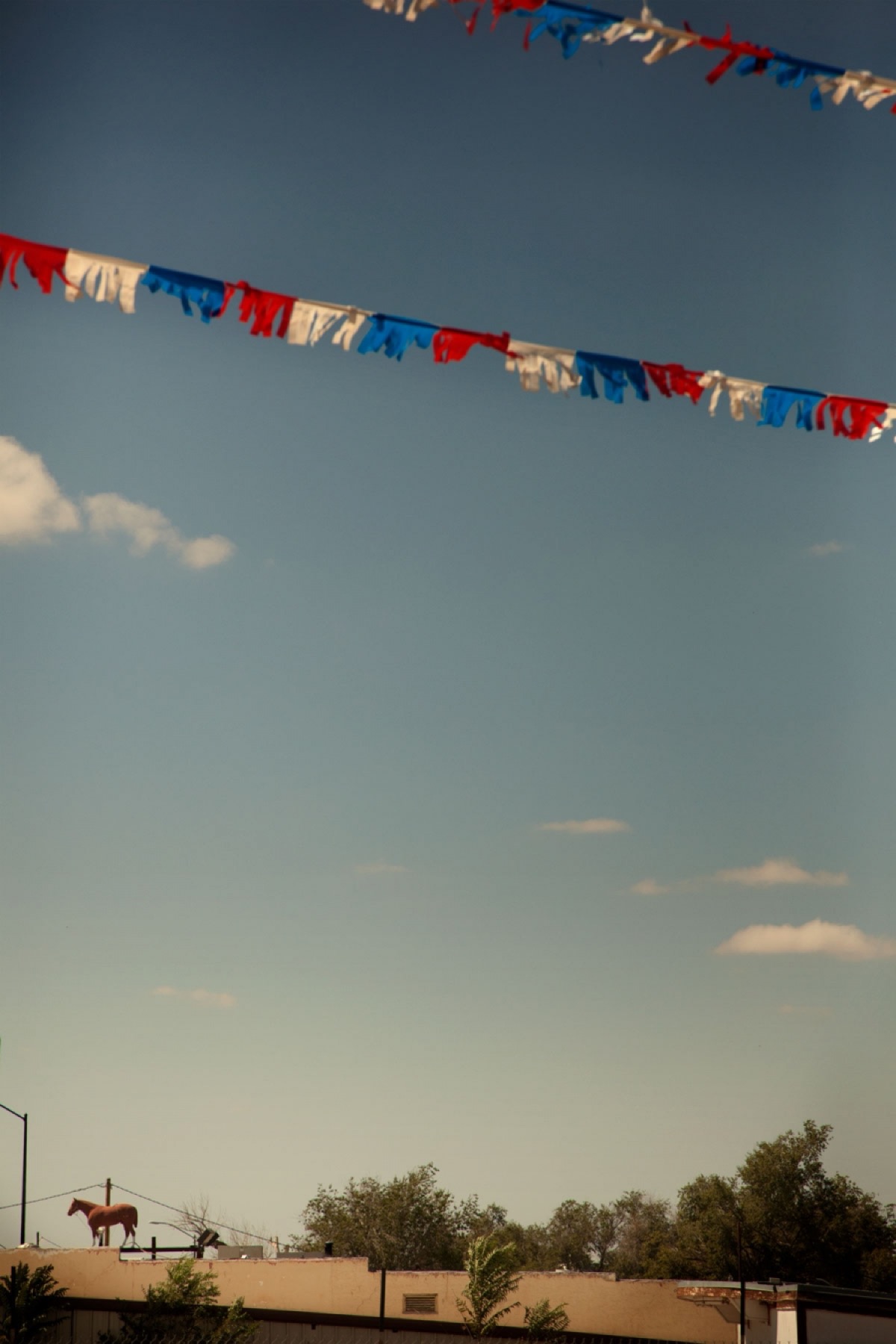 The recording session started about ten in the morning on Sunday, April 16, 1939. John A. Lomax, Honorary Consultant and Curator of the Archive of American Folk Song for the Library of Congress, switched on the three-hundred-pound recording machine. The artist, seated in front of the microphone and holding a guitar, was a convicted murderer, serving time on the Clemens State Farm in Brazoria, Texas. He was a small man, 5'6" and about 160 pounds, a smoker in his mid-forties. His face was disfigured by a crushed nose that never properly healed. He had cut scars on his shoulder and right forearm. He was a Baptist and wore a size 7 shoe.

It’s possible that Lomax had seen the man the previous day. “On Saturday, April 15,” Lomax wrote, “we drove over to Clemens State Farm, a few miles away to arrange for a meeting with ‘the boys,’ Negro convicts stationed on the farm. On Saturday the boys who were working near headquarters were hauling dirt, grading, clearing ditches and otherwise improving the grounds around a new brick and steel dormitory. A group of ditch-diggers was working in time to the musical calls of the leader. We arranged to return to make records on the next day, Sunday, and returned to West Columbia to rent batteries for power, the dormitory being wired for DC current.” Each of these lead-acid batteries weighed about seventy-five pounds.

Inmate number 82157, the man about to sing, probably volunteered for the recording. He was one of two prisoners who had performing experience and had appeared on “Thirty Minutes Behind The Walls,” a popular weekly radio program conducted by the inmates and broadcast from the Huntsville penitentiary. When he was convicted of murder in 1936, “musician” was one of his listed occupations. “Learned my songs on the streets of Jackson and San Jacinto Counties,” he told John Lomax during his eight-song session. When he sang, strips of acetate, produced by an emerald needle, spiralled away from the master disc. It cut an indelible groove.

The first song recorded that morning was one of the most unearthly laments ever heard—as substratal and bleak as Blind Willie Johnson’s “Dark Was the Night, Cold Was the Ground,” as forsaken as the Harmonizing Four’s “Motherless Child,” as harrowing as Geeshie Wiley and L.V. Thomas’s “Last Kind Words Blues.” This song, and this performance, comes about as close to articulating total emotional desolation as possible. Beyond “Shorty George” there can only be terrible silence.

The recording begins with a murmur, then a finger-picked guitar. The instrument is in an alternate tuning, the lowest string so slack it rattles against the neck as it drones. There is a gentle, almost rocking quality to the performance, recalling the soft insistence of Mississippi John Hurt. The notes flow like a small stream beside the tormented vocalist. In a strict sense the song is a blues: it incorporates most of the requisite chord changes, and the first line of every verse is repeated. But there is a hint of something much older in the ragtime picking style and detuned, unchanging bass line. There is something in the dreadful vocal slide up on the third line of each verse that suggests that this song—the terrible feeling informing this song—was so in need of voice that it created the form. Whatever its origin, it is without classification.

Like so many of these field recordings, “Shorty George” has no proper beginning or end. It fades up as vocal encouragement gives way to guitar, and fades out after the last verse, the guitar still going. There are faint and unrecognizable voices speaking in the background throughout; no doubt fellow prisoners not paying full attention. The singer is undaunted.

“Oh,” the prisoner sings, “what’s the matter now?” His voice is twisted. Much of the lyric is garbled. It’s as if the act of singing this song brings him physical distress. The next line is indecipherable. It continues:

Yes, he died on the road
I had no money to pay his board
Ah, he was a friend of mine
Every time I think now I just can’t keep from crying
I stole away and crying
Never had no money now I wasn’t satisfied
I wonder what’s the matter now
Can’t get no letter now, don’t need no letter nohow

It’s foolish to confuse the art with the artist. Especially in the blues idiom, as evidenced over and over by the Library of Congress recordings themselves, lyrics and thematic ideas floated from one song to the next. The idea of ownership was as alien to the performers as it was to people like the Lomaxes, for whom folk music transcended the individual voice. Still, given the power of this recording, it’s almost impossible not to think of the singer as witnessing his nameless friend’s death, and leaving his body on the road because poverty offered no alternative. It’s too difficult to separate this prisoner, whose name was marked down in the field notes as “Smith Cason,” from the story he’s describing, one which clearly affects him still. When he sings “’bout to lose my mind” in the last verse, we take him at his word.

Seven other songs were recorded by Smith Cason that morning, then nothing more. He plays a capable slide on some of them, and creates another masterpiece in “Sante Fe Blues.” Whenever he sings, even in a duet with fellow prisoner Roger Gill, his voice has a forsaken quality that even a quick tempo cannot disguise. Lomax recorded many other songs that day too—other prisoners singing, playing guitar, chanting work songs, slow drag work songs, and field hollers; an inmate making his harmonica imitate a train. “After two hours we stopped for lunch,” Lomax wrote in the field notes, “we being served with the white guards, and after lunch we worked an hour or so until the time came for base-ball practice and preaching services.”

John Lomax and his wife Ruby recorded more than three hundred performers between March and June during their 1939 Southern States Recording Trip. They drove 6,502 miles, cutting more than twenty-four hours of music made by cowboys, black schoolgirls, white old-time fiddlers, and Mexican cotton pickers. They recorded lullabies, rock-breaking chants, church songs, and party tunes. “Mrs. Lomax looked after the grouping and arranging of the singers and wrote down as much of the text as she could catch from the singing,” Lomax wrote, “while I operated the machine.”

In May of 1942, a letter arrived at the Library of Congress from the Wynne State Farm in Huntsville, Texas. “Gentlemen,” it read:

Am in receipt of yours with emclosure of the 18th inst, and note that you all have selected another one of my compositions, “SHORTY GEORGE,” for which I as a old negro in a penal institution am happy to hear. I am trying to obtain some sort of clemency, as this has been my first conviction, and all money I do receive I am going to put it to such use as it may aid me in securing my release. and enter a new life I have attoned for all past error’s, and am ready to face the world once again with aclear conscience to live as a man among men.
I note in your last that you all refer to me as SMITH CASON, but be guided accordingly that my name is SMITH CASEY.

The letter ends with a careful signature. According to Texas prison records, Smith Casey’s education was “competent,” having had five years of schooling.

“Shorty George” appeared on Afro-American Blues & Game Songs, Volume 4 of the set “Folk Music of the United States,” released by the Library of Congress later that year. The song was described in the liner notes by John Lomax’s son Alan as a “dirge for a dead comrade.”

Beginning in 1943, Smith Casey was given a number of reprieves by Texas Governor Coke R. Stevenson, culminating in a conditional pardon on July 18, 1945. Casey died in a tuberculosis sanatorium in Tyler, Texas, on September 11, 1950.

“Shorty George” was covered by a white folk duo, Rolf Kahn and Eric Von Schmidt, in 1961. Besides being retitled “He Was a Friend of Mine,” their version is fairly close to the original, and Casey is credited. Perhaps wisely, Kahn and Schmidt stick only to the lyrics they know, leaving the song several verses short.

At this point the song begins to mutate. Dave Van Ronk, mentor to most of the New York folk revival crowd, sang a completely different version, and described its circular origin this way: “I learned this song from Eric Von Schmidt who learned it from Dylan who learned it from me.” Bob Dylan claimed sole composer and arranger credits when he recorded it for his self-titled 1962 album for Columbia, although that version wasn’t released until decades later. Dylan later wrote that he learned the tune from a Chicago street singer named Blind Arvella Gray.

Subsequent versions of the song give the dead friend an identity. A young Roger McGuinn retooled the lyrics to be about President Kennedy after his assassination in 1963. Country artist Bobby Bare dedicated his version to Jim Reeves, who had recently died in a plane crash. Dave Van Ronk gave a moving performance of the song at Phil Ochs’s funeral. The man who Smith Casey sang about, alone and dead on the road, will never have a name. He was unimportant to a society that gave no value to his race and class, and unmentionable to the man who first described his death in song, a man whose own name was initially misreported. He was also, as Smith Casey described himself, a man among men.

Tom Maxwell is a writer and musician living in Hillsborough, North Carolina. He has a new album, Tom Maxwell & The Minor Drag, as well as a new book, Hell: My Life in the Squirrel Nut Zippers.