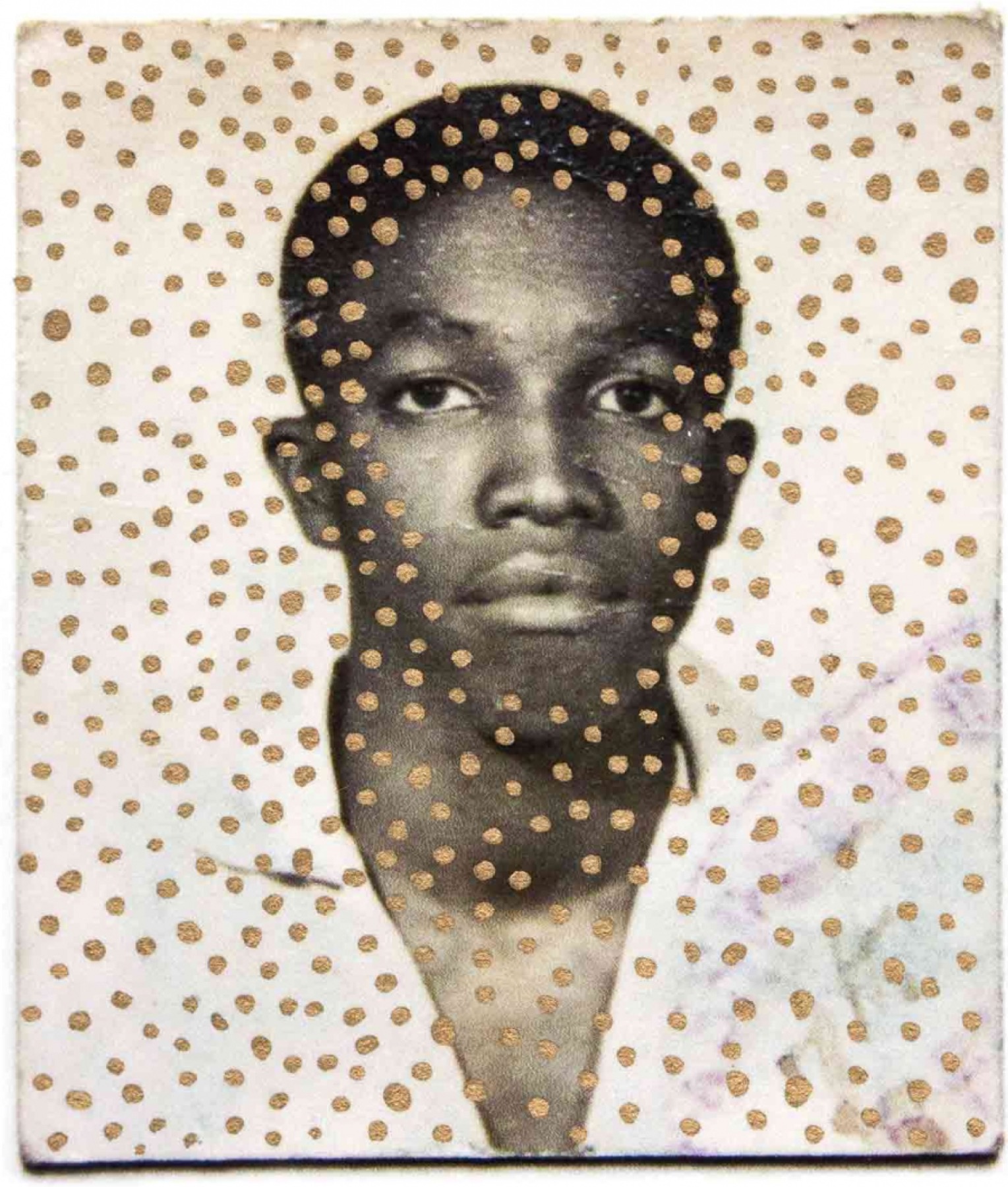 “Untitled,” from the series Passports, by Keisha Scarville

The slow dance of the Civil War and the enslavement of Black people in America are my working metaphors for the poem known as The Battle of and for the Black Face Boy.

The world of the enslaved African in America did not include safety, security, or the encouragement to create. Black people had to find and hold on to those things themselves. The horrific world of Black slavery of the nineteenth century is reported to have been emancipated, but instead it seems to have been simply modernized, by catastrophic, quotidian, state-sanctioned violence against millions of Black citizens. Those enslaved human beings and their children, who stepped from slavery into the Civil War, into Reconstruction, into Jim Crow, into the water hoses of the civil rights movement, now step into the streets of Ferguson and Florida, Baltimore and Charleston, holding a two-hundred-and-fifty-year-old sign that reads an ancient, long-ignored truth: BLACK LIVES MATTER.

In 2013, I was commissioned by the Clarice Smith Center at the University of Maryland to write a libretto in honor of the sesquicentennial end of the Civil War. The university had joined the national celebration that was already scheduling concerts and performances across the country in 2015. The Battle of and for the Black Face Boy became my offering. An incredibly long list of names of young Black men, shot and killed by police and security guards across the country, was kicking me in my heart. The facts of their deaths and lives shook me. Their names and their formerly alive smiling faces, their cornrows, baseball caps, chocolate hoodies, their perfect moon-shaped afros escorted me through my day. The voices of their mothers, speaking of their sweet and funny Black sons, became a somber score that filled my head.

I imagined a radical libretto made of Civil War history, Black history, and modern American headlines. The voice of the historical narrator begins. The voice of the Black Face Boy enters as sonic soliloquy. The narrator and the first-person voice of the Black Face Boy enter into a radical libretto call and response. Great leaps of time are found in each stanza, and a twelve-page album of faces and geographies is set to the music of battles and human discoveries. Nothing is linear because time, history, and truth do not happen in a capsule or a vacuum. At the heart of this radical libretto sits this: The institution of American slavery not only lit the fuse of fighting known as the Civil War, but the question of who could own another human being remained at the heart of this war and remains at the heart of America in 2015. The question of who gets to move like a free person and who gets to move in chains remains ensconced in our everyday American lives one hundred and fifty years later.

The shooting of young Black men and women has continued ad nauseam. The disregard for Black life has not slowed but surged. In June, in Mother Emanuel A.M.E. Church, in Charleston, South Carolina, on the edge of the Atlantic Ocean where millions of enslaved Africans first arrived against their will, ninety miles away from where I was born and where I have now returned to teach and write, nine church members attending Bible study were shot by a twenty-one-year-old white male, who had, in the confidence of friends and the Internet, professed a great desire to begin a second Civil War. After being invited into the church by loving, embracing, gracious Black people, who were spiritually, if not literally, children of the Africans who had been violently forced across the Atlantic two hundred and fifty years before in the name of profit. He sat with them and listened to them before he killed them. He must have heard their voices speak of God’s undying love as he pulled out his cannon of a gun, raised his Confederate flag over their heads, and pulled the trigger.

I wanted to write a poem that traveled from the horror of one day to the lifting of our chins the next—that paid homage to how we keep moving; keep stepping forward; inventing whatever is next to invent; constructing, fashioning iron chains into wings; how we continue to fold and shape into a future what has been kept from us, regardless of the brutality that still chases us.

Nikky Finney was born in South Carolina. Her newest collection, Love Child’s Hot Bed of Occasional Poetry, will be published by Northwestern University Press in April 2020.

The Battle of and for the Black Face Boy

The Legend of Chokoloskee