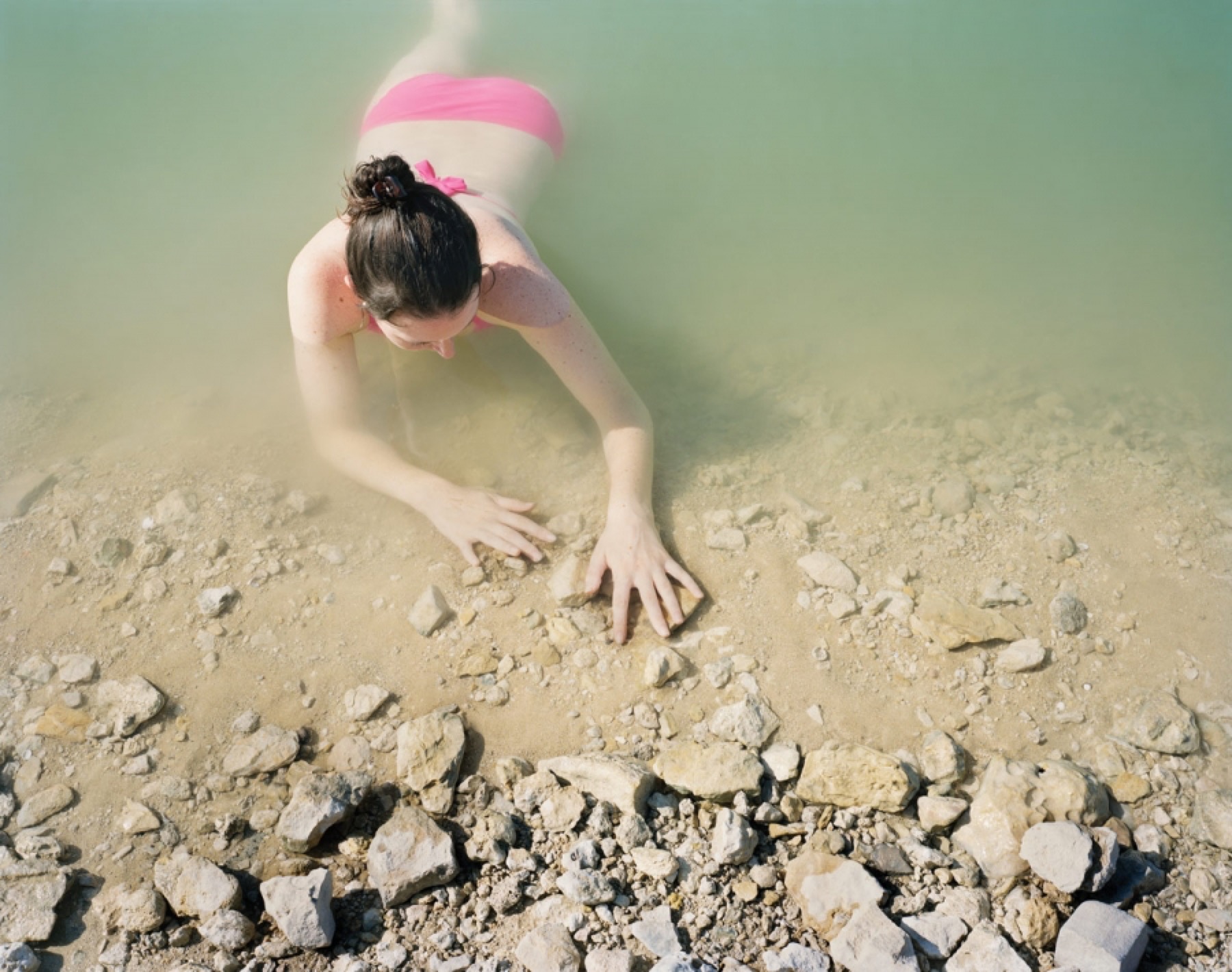 “Laurel, Lake Travis,” by Lily Brooks, from the series We Have to Count the Clouds

Her oldest packed for college, mother readied a wave
goodbye.  Her others read comics, turned pages like paper waves.

She was never alone, even when her young husband sailed away.
Landlocked, she imagined the Pacific’s cursive blue waves

as she read letters of submarine gossip.  Those days, she found
my father handsome with stars on his chest and waves

of night-black hair.  Post-war, hired as a Professor, he moved
my mother to Mississippi, to a University where he taught waves

of restless students, to a place where she thought she was finished
with children and returned to school.  But when the waves

of sunrise nausea pulled her back under, she could barely breathe.
Months later, she steadied herself by laying a yard full of sod, waves

of Bermuda grass around the family’s home.  That evening,
her skirt still patched with dirt, she cried as waves

braiding down her legs and puddling at her swollen feet.
She was under almost too long until the Dr. finally waved

her awake with smelling salts. I was born in May,
on a day for church bells and florists’ bouquets with waves

of silk ribbons—Mother’s Day.  She called me Vivian, a Scotch name
for the mad-white water pushing shoreward after the breaking of waves.

Vivian Blair Hobbs is a senior lecturer at the University of Mississippi and teaches undergraduate creative writing. She is also a visual artist who weaves words into her collages. At present, she is working on a gallery installation with works about quarantine isolation and the recent death of her mother.