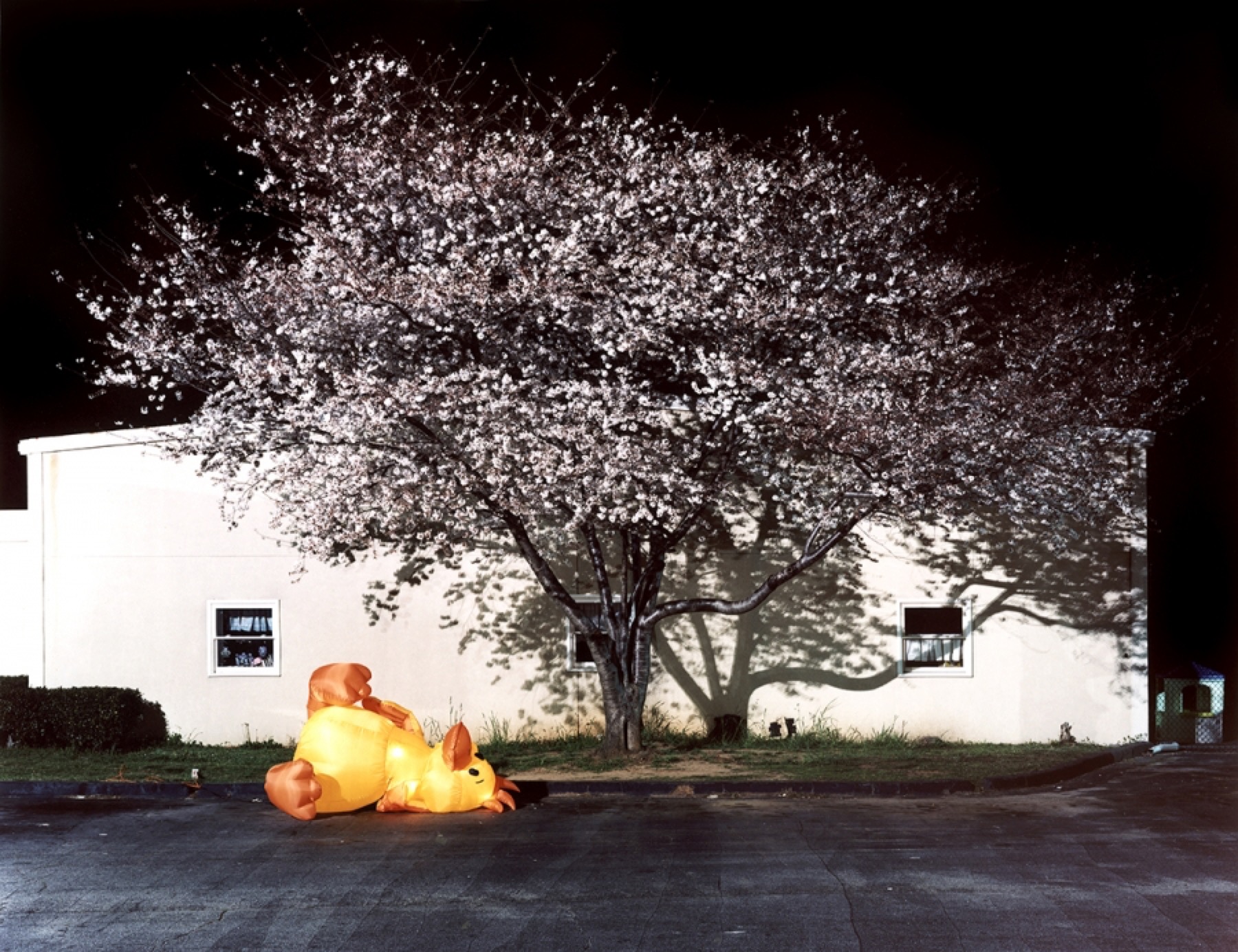 First, anticipate it. In fact, anticipate disappearances, jail time, lawsuits, death threats, broken things, cocaine, young wives, younger girlfriends, children. Don’t be fooled by the pauses. They will be full of bluegrass, money, convertibles, grand homes in foreign countries, pet orangutans, and infinite promise. Also cocaine, young wives, younger girlfriends, children. Get away from him. Do it young. Make your life a long, absurd, and ultimately futile reaction to him. If possible, move to the hometown he couldn’t wait to leave. It will be a small and charming place in the South, somewhere you visited as a child and which impressed you with its plentitude of Spanish moss and reasonable people. Once there, you’ll be able to do symbolically sane things like go for walks along the Cape Fear River and use “brunch” as a verb and point out to your students, on old and discolored maps, all the places you lived with him overseas and all the places he’s lived since. Point to Bali, where he lived before he went homeless. Tell everyone who will listen stories about him. You may not even need to do this consciously. You’ll know you’ve done it when several people comment on how much you obviously, clearly, love your dad. Come to terms with the fact that you might obviously, clearly, love your dad. Be prepared for people in your town—his town—to remember him. Be prepared for them to call him Benjy and say nice things about your late grandparents, Myrtle and Harold. Keep to yourself the fact that you’ve been going to the old Jewish cemetery and leaving piles of pebbles on their graves. Try not to analyze why you do this, why it seems so important to weigh everything down, even the dead, with stones. Don’t mention to anyone in your graduate program that recently your father, the brilliant attorney, turned sixty-two and started living on a beach in Singapore. Don’t mention that he is flat broke and broken and calling to say goodbye. Keep it a secret that he has disappeared. That you haven’t heard from him in two weeks. Work on describing the situation to yourself. It will be helpful to language the situation. Say Benjy is a Houdini. Say he has lived a whole mess of lives end to end. Say he is a miracle of reincarnation, manufacturing entire existences and then surviving his own unimaginable destructions. Write a book about it. Write an essay, a poem, a letter. Write it again and again. Never get it right. Start over. Show people, instead, a nice piece you wrote about a girl who spends several years swimming around an island, growing barnacles. Understand that you are swimming, that you have spent your whole life swimming. Understand that the grand narratives of reality and truth and safety are liquid as ocean. Go forth, and with your pockets full of stones.

Barry Hannah wrote eight novels and five short story collections, and taught well-known writers such as Larry Brown, Donna Tartt, and Wells Tower. He is one of the region's most acclaimed writers. He died in Oxford, Mississippi, in 2010.