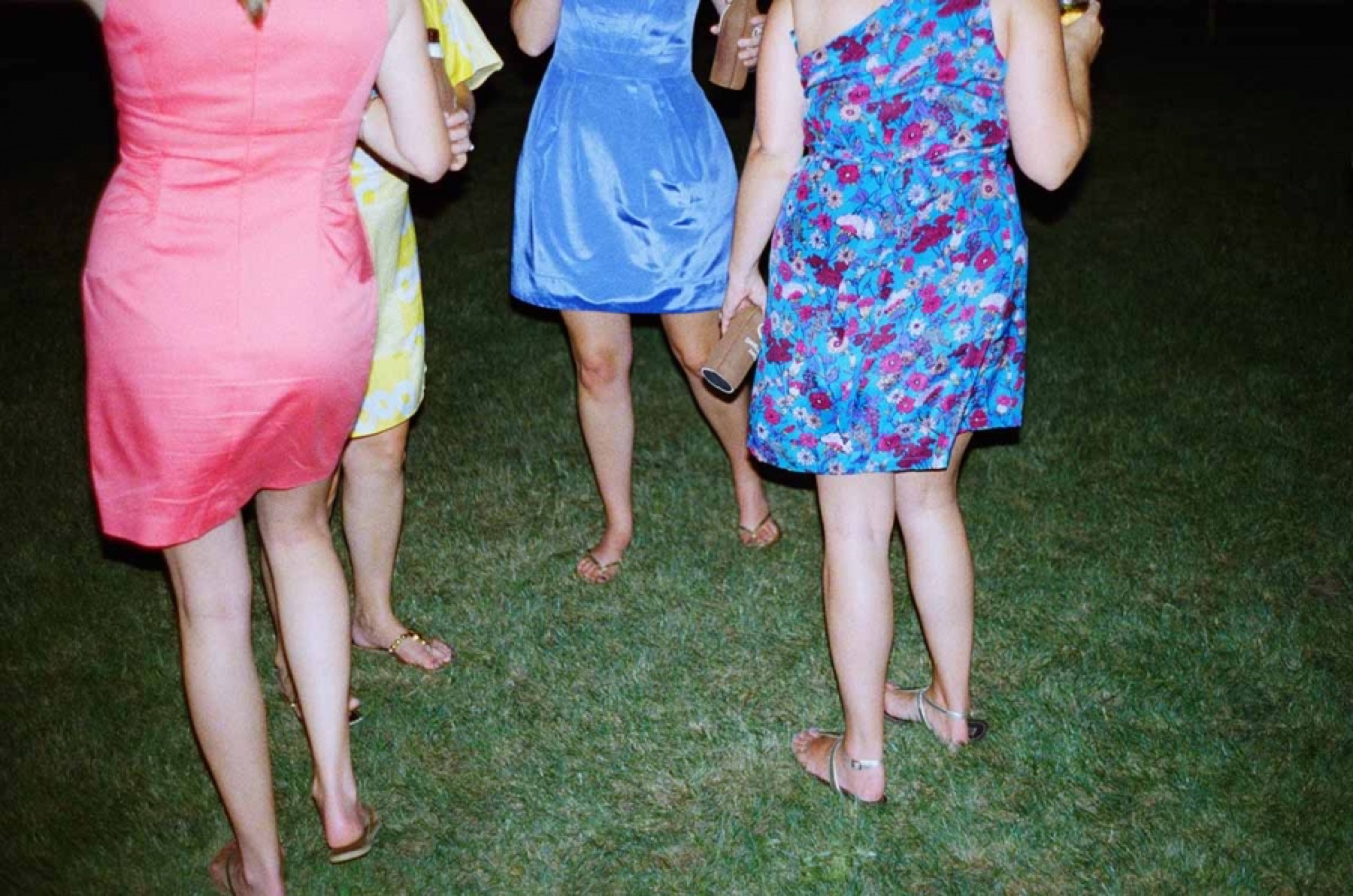 Photo by Tatum Shaw (2011), from the series Etowah

Three Friends in a Hammock

In a hammock strung between the trunks of two trees, she told us the story of this friend of hers, X, whose boyfriend was a successful writer on whose cell phone she found texts and photos of himself he’d been sending to other women. He had sent the same texts and photos to two women. Copy-pasted them. Not even bothered to tailor them for each individual recipient. Both thought he was in love with them, and seemed to be in some state of waiting. In the other room he napped. When he woke and came out, X confronted him and told him he had mental problems. She told my friend she was the only one close enough to him to be able to tell him, and in the way my friend described it, I intuited X had taken pride in being the woman to tell him the problem of who he was.

I understood X must have wanted to think she was not like the other women who thought her boyfriend was in love with them. Wanted to think she had some upper hand on the reality of the situation. Maybe she did.

But so then someone really loving you might be a good reason to avoid that person.

The architect ex-husband of the woman telling the story watched us from the deck. The evening I’d been introduced to him, back when he and the woman telling the story of X were married, I’d felt infatuated with him at first sight, thinking they were brother and sister. But that man is a little in love with his sister, I’d thought back then, seeing it as a drawback. Now I thought, You can never go out with him because of your connection to these two. Now at this party, back in the kitchen, before we’d gone outside to the hammock, I hadn’t wanted to stand too close to him or have a conversation. One other man drew my attention, but not enough of it. I was decidedly with the two friends and more than once someone else regarded us as a sort of entity. All three of us were attractive but insecure and attracted to each other. The woman next to me had held my hand once when we walked out of a bar and had told me a story about the woman on the other side of her taking her hand in the same way as she then held mine. I had been happy and uncomfortable. A question I could not articulate was implied. I pretended it had not been asked. I have difficulty in being close to people, and as she held my hand I went outside myself, already analyzing what was happening before having experienced it. She is holding my hand, a voice in my head observed. It was night. We passed the fronts of closed shops. The city had strewn the trees along that street with strings of clear, minute lights, like the lights on Christmas trees. I said something about how even men who were friends held hands in parts of Europe, feeling only slightly detached from my own voice.

In the hammock the friend next to me, the one in the middle, sat with her leg pressed against mine. Earlier that day she had said my friend on the other side of her and I both were her best friends but I knew from day to day and even moment to moment alliances shifted. You can’t be equally close to two people at the same time. Her body pressed against mine and not against the body of our friend on the other side of her but this was only because I was taller and both of us heavier than the other friend, who was short and slight, and because the shorter, slighter friend held herself poised in such a way to keep herself from sliding into the friend in the middle. (Though months later, in speaking of the incident, the one in the middle would during dinner bring up that I’d sat stiffly beside her that day in the hammock, avoiding pressing against her, while the other friend unselfconsciously slid into her; which I believe at some point did happen too.) Because the friend in the middle was so close to me, I more frequently gazed across her to meet the eyes of the friend at her other side, the one who’d told the story of X and her unfaithful boyfriend. When she told stories about other people, her eyes flashed. Ever since she had come into the presence of the ex-husband—who was frequently from the deck watching us—she had become younger and bolder and not like the more scattered, unsure version of herself she’d been that morning, when we’d been somewhere else. I was not best friends with her. She lived out of town. But I fantasized about moving to her city, and maybe I would. Then when the friend between us came to visit she would be the one from out of town. Her other best friend and I would have grown closer. We would all be “best” friends. In the mindset I was in (am frequently in) there were a number of foreseeable complications.

During the separation from my husband I woke up crazy with paranoia, and I was mad at everyone because I suspected they had found in me unforgivable fault. I doubted they would attend my funeral but reassured myself that dead I wouldn’t mind. When people I had in my mind broken up with would send spirited replies to emails I’d sent two days before, back when I’d still thought of us as connected (before they had not attended my imaginary funeral), I felt stupid and relieved.

All three of us could disassociate for long periods of time and then, snapped back to our surface, be unaware of what had been happening, and for how long we’d been away.

When one of my two friends asked me a question or seemed to understand what I was saying I had trouble believing this was really happening. Intermittently each of them would seem impossibly beautiful, too beautiful to be real and nearby. I could not decide if my husband had really loved me. His face and body as he sat in a chair in this little room we sat in with my lawyer before going into court kept flashing in my mind. Back in the kitchen watching my friend with her ex-husband I could not decide whether or not I wished they would get back together. She missed him. She spoke of him, of leaving him, as if an irrevocable mistake had been made. In the kitchen they spoke Albanian with each other. They stood several feet apart. Not knowing the words, I saw only people making sounds at each other, filling the kitchen with atmospheric perfume. I could not decide whether or not people had ever really loved each other if they could stop loving each other. I could not decide if love was real as a thing or something that could never entirely be proven, like God, and could only be experienced in the act of reaching and so in retrospect would always fall in doubt. I could not decide if I could love and be loved factually. At some time in my life the words I love you had seemed like a revelation, not a reason to brace myself for its withdrawal.

One of us was telling another story, a story that had come to mind in response to the story of X. I pushed my foot against the ground to get the hammock swinging (gently). The cookout was for someone’s birthday—the brother of my friend’s ex-husband—and the sound of the others singing Happy Birthday to him startled all three of us to look ahead, to recall the context of the party, to remember it was Armend’s birthday, and that there were a bunch of other people at the opposite end of the yard.

April Ayers Lawson lives in Greenville, South Carolina. She received the 2011 Plimpton Prize for her story “Virgin,” published in the Paris Review. Her story collection is forthcoming from Farrar, Straus and Giroux.