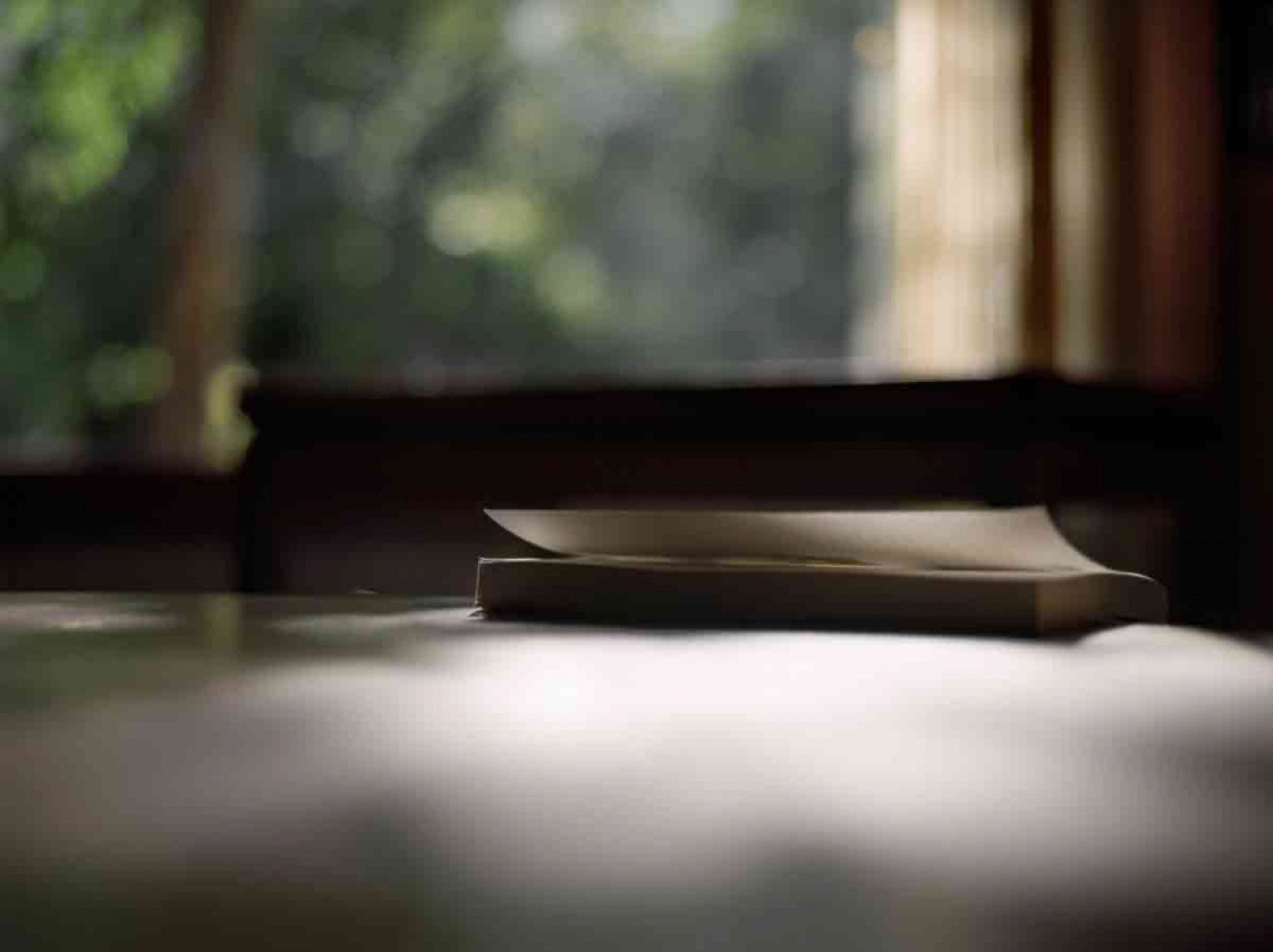 Imake a good firm precise cut with the razor blade into the cork, from one side of the cork to the longitudinal axis. The cork is a segment of a cone, the diameter of one end approximately twice that of the other end, both ends flat. I am too stupid to know the name of this geometric figure and too stupid to know offhand, or even with industry, where to find out the name. “With industry” is some kind of vagueness by which I might mean crossing the room and getting the dictionary and then not knowing what to look up—cone? cork? I might mean a call to the reference desk at the library and then having to stammer, “Do you know how old-fashioned fishing corks were shaped, actually also the corks that were put into bottles as stoppers which were larger at one end than the other so that they stopped before going into the bottle?” And if I could get an affirmative, I would then say, “Well, what is the figure of this cork called? I need to know.”

At this point the librarian would not say, “Why do you need to know?” as he, or indeed she, might want to but would be prevented from by a consideration of professionalism.

So I would not be able to say, “Oh, you know, so if I were to try to write about cutting one of these corks for the purpose of inserting into it some fishing line, I would not have to waste a lot of words in an awkward and tedious and probably unserving description of the kind of cork I am talking about, I could just name it with the obscure geometer’s term that no one would know the meaning of and be done with it, and given that no one understood what kind of cork I was talking about anyway, in the absence of the long imprecise description at least he could get on with it. And there is a certain kind of person who might be bothered by not knowing the term for the cork and he might himself, if he was this kind of person, and if he was sufficiently bothered by it, go to the dictionary, but there is the other sort of person who would be unbothered by not knowing the term and just breeze on, gratified, perhaps even unconsciously, but gratified nonetheless, that he did not have to wade through the vague and tedious description of the cork which leaves him no better informed of it than the proper name which eludes him but which, the fumbling description, requires of him considerable time in the reading thereof.”

Into the cork I press the monofilament fishing line, by holding a length of it tightly as one holds dental floss and pressing it into the razored slit that describes a plane to the longitudinal center of the cork—there we’ve been through that quite enough I think. Now we have something to behold. We have this cork, handsome in its lines whatever they may be actually called: a nice set of circles (two) and diagonals (two in transection or 360 of them if you elected to conceive of one line per degree) connecting them, the larger end of the cork fluting down to the other, or the smaller flaring up to the larger, as you choose. The cork’s surface has its agreeable mottle, its imperfections adding up to the sense of a perfect imperfectness, a phenomenon in nature (viz marble, for example) that we find very pleasing—you know, rose-moles all in stipple upon trout and glory be to God for dappled things, old Hopkins was all over it. Alas, we have the humble, brindled cork, only a piece of tree bark actually, but a piece of bark machined into the demi-cone with its precision, even if our vocabulary lacks the precision to name it, and through the cork now penetrating the center of one end and emerging from the center of the other end a fine plastic line, whether greenish or bluish always suggestive of water in its color, this string from the laboratory running precisely through this thing which floats taken from the side of a tree.

Why am I on about this cork and its new alien, plastic axis? Well, for one thing, as you can tell, I find something aesthetically pleasing about its construction, its antinomies, its little ironies, even its indictment of my intellectual fundament, or perhaps I mean my epistemological grasp, by which I might mean my sense that that summer-school course in geometry following the tenth grade, which might serve as a symbol for my education entire, was not adequate. For another, this cork sits here in its pleasing contrasts telling me I might even go fishing. There, fishing, with cork upright and approximately one half submerged, in the slim event—it is the modern world—a fish takes it down, it will displace water to a greater degree as it sinks and then upon actual submersion the water will close over the larger plane of its top with considerable force and effect a very agreeable little snap or pop, and this sound—coupled with the undiluted boyhood thrill of game on and the enduring surprise of seeing the cork disappear—will startle me in a finite and uncomplicated and most pleasing way. Something more involved and more mundane may ensue—a fish one does not want, a fish injured one does not wish to injure, one’s bait robbed, etc.—but the moment of the cork in the water at the ready is pure. I have no need, however, of taking it fishing: I have the cork with the line through it, and that is enough. It is itself, a thing I have made. It is there. It does not bode complications. It is not a telephone, say, that is going to ring. It does not contain an assault upon me of the world and my dim access unto it.

I could now freely call the most beautiful reference librarian in the world and not ask the name of the figure of the cork. I could say, “I have a thing I do not need trouble you with the naming of. I remember you from a party. I saw you and was struck by you. You could be making a living with your looks, professionally, I mean, and I trust you do not think I am being vulgar, though I suppose I am. Let it be: I am vulgar. You could be comfortable and famous by contriving to let men, and women, look at you, as opposed to not being comfortable or famous and having men call you up and ask you the name of the figure of the cork they might be wasting their little lives playing with. I saw you and was struck by you to such a degree that the obviousness of carnality went right by us as I stepped up and talked to you, openly and cleanly, except for the fact that I correctly noticed that no other men were stepping up to talk to you because they were stuck in the carnality of their imaginings of you. You bring that on in a mortal, you effing librarian. It is just that I am a little past mortal, or not yet there. I have no doubt been there—there was a time I would have run from the room as other men, or stepped up and proposed intercourse in some properly masked fashion, but now I have reached the cork stage. I have this cork here, it is not a phone that is going to ring—and even when I say that I see a comparatively agreeable Bakelite phone of the Forties with a rotary dial and five-digit numbers and a live operator you might know the first name of, not the instrument of complex tumor-bearing mind-scattering hell that a phone represents today—I have this cork, I don’t have you, I want this cork, I might want you.”

That would be okay, saying that, not unlike seeing the cork go down, before the ensuing mundane complications of the catch or the repudiation, the tangle of lives, the impure disentangling that is always necessary and never final.

From  Cries for Help, Various, by Padgett Powell, available from Catapult.

Padgett Powell is the author of six novels, including You & Me, The Interrogative Mood, and Edisto (a finalist for the National Book Award), and two collections of stories. His writing has appeared in the New Yorker, Harper’s, and the Paris Review, as well as in Best American Short Stories and Best American Sports Writing. Powell lives in Gainesville, Florida, where he co-directs and teaches at the MFA@FLA, the writing program of the University of Florida.