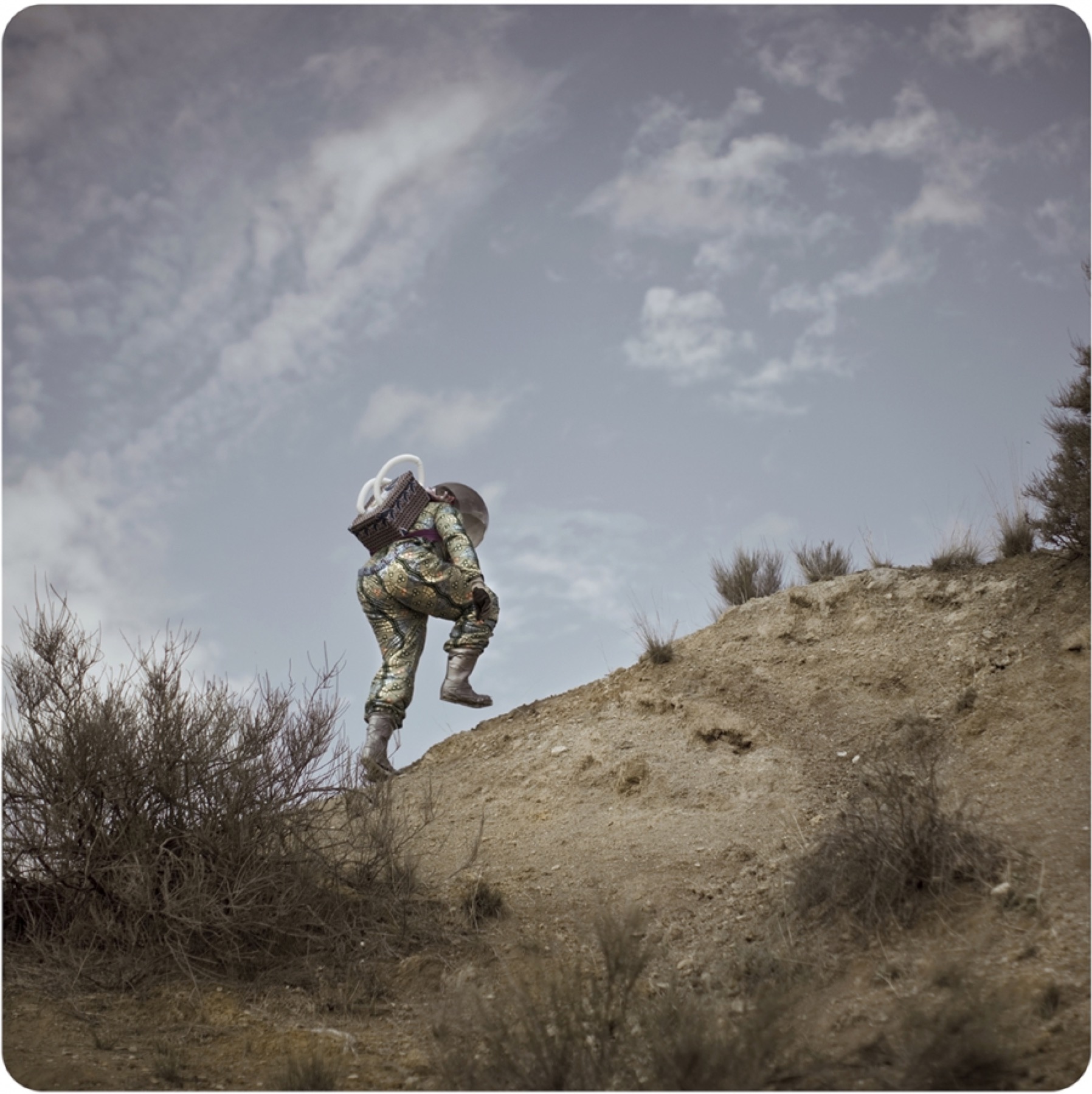 “Hamba” (2012), from the series The Afronauts, by Cristina de Middel. Courtesy of Dillon gallery in New York

Black people cannot time travel. Every comedian has a joke about this.

On a July episode of the BuzzFeed podcast Another Round, hosts Tracy Clayton and Heben Nigatu play a game that, they joke, was clearly written by white people because of the multitude of time travel questions. “Only white people love time travel,” Nigatu says. In a standup bit, Louis C.K. calls time travel an exclusively white privilege. “Here’s how great it is to be white,” he says. “I can get in a time machine and go to any time, and it would be fucking awesome when I get there!” A recent MTV Decoded sketch imagines that in a black version of Back to the Future, the DeLorean would never have left the mall parking lot. “Nineteen-fifty-five?” black Marty McFly asks. “You know what, Doc? I think I’m actually good right here.”

I laugh at these jokes, although their premise is devastating: a vision of blackness where suffering is continuous and inevitable. We can imagine a fantastical world where time travel is possible, yet we cannot conceive of any point in the past, or even the future, where black people can live free. In this line of thought, the present is the best life has ever been for black people, and perhaps the best it will ever be.

Into this grim possibility arrives Janelle Monáe. Monáe first captivated me in her 2010 video “Tightrope,” where, in the bleakness of a notorious insane asylum, the tuxedoed and pompadoured singer glides like James Brown over funky horns. Although her sound and image harken back to classic soul, her music contains a mythology that looks toward the future. Her EP Metropolis and albums The ArchAndroid and The Electric Lady follow Cindi Mayweather, an android living in the year 2719 who falls in love with a human and is sentenced to disassembly. Cindi later rises as the ArchAndroid, a messianic figure who provides hope that androids may someday be liberated. The sprawling, multi-project narrative can be difficult to follow, but the futuristic world she imagines echoes our own. “When I speak about the android, it’s the other,” she told LGBTQ newspaper Between the Lines. “You can parallel that to the gay community, to the black community, to women.” To Monáe, the android—part human, part robot, never fully either—represents the outsider. To visit her futuristic world of Metropolis is to encounter characters who face discrimination, as well as to imagine their liberation.

For interviews, Monáe has frequently remained in character as Cindi Mayweather, visitor from the future. (When asked about her sexuality in Rolling Stone, she refused to label herself and insisted she only dates androids.) In February 2015, she announced her new label, the Atlanta-based Wondaland Records, which hosts a collection of eclectic black artists who, like Monáe, seem to exist outside of time. At the Wondaland showcase during the BET Experience, Monáe described St. Beauty as “flower children,” Roman GianArthur as “another Freddie Mercury.” Her best-known artist, Jidenna, dropped the hit single “Classic Man” earlier this year, but baffled audiences with his three-piece suits, ascots, and canes. To FADER, Jidenna explained that he was inspired by the style of freedmen in the Jim Crow South: “I wear a suit because I need to remember what’s happened before me.” In Wondaland, style is radicalized, fashion a form of political resistance.

What does it mean to borrow the fashions of Reconstruction, an era in which no sensible black person, given time-traveling technology, would want to visit? Or to imagine a futuristic world where an android faces bigotry similar to our reality? Wondaland’s music is melodic, funky, and fun, as well as undeniably political. At the showcase, Monáe repeatedly referred to her record label as a “movement” and spoke about the responsibility she feels toward her community. Similarly, Wondaland artists have been outspoken critics of police brutality, leading marches against police violence and, in August, dropping the protest anthem “Hell You Talmbout (Say Their Names).” Against urgent drums and a choir of voices, Monáe, Jidenna, St. Beauty, Roman GianArthur, and Deep Cotton chant the names of black victims of police violence, from Emmett Till and Sean Bell to Michael Brown and Sandra Bland. The song is difficult to listen to, a seemingly endless list of names that the Wondaland artists—voices strained with anger and grief—urge us to remember. Say their names. The song is a battle cry, and in a war against black suffering, memory is the weapon.

In Wondaland, time travel is never an escape from the plights of contemporary black life. Instead, by floating through time, by playing with the tropes of the past, by inventing new mythologies and new futures, Monáe and her artists expand the possibilities of black art and showcase the complexity of black lives, its struggles and its triumphs. Wondaland artists are in our time but not of it, and there’s something beautifully resistant about this. Black people liberated from time itself, imagining ourselves anywhere.

Brit Bennett lives in Los Angeles. Her debut novel, The Mothers, is forthcoming from Riverhead Books.

Don't You Remember a Comedy Song?