Harmony Holiday on the red-petaled flower and its many uses 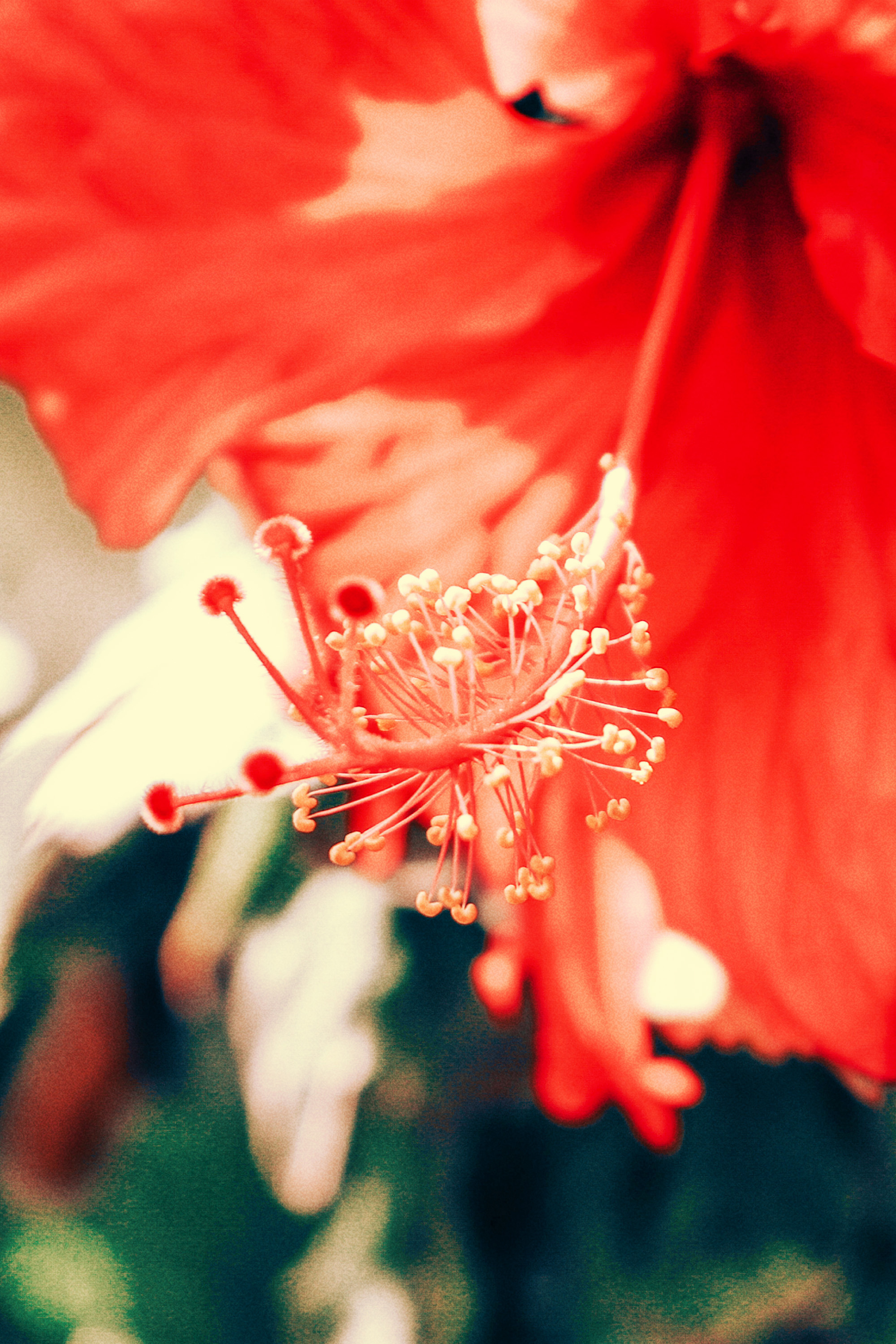 Photo by Jassim Shanavas via Unsplash

Flowers are macabre because they insist upon their own private purgatory, so full of life that they invite death like a comeback spell in their spirals of eternal recurrence.

Red-petaled flowers or plush burgundy or pink yearning for soft violet in certain light, waved in front of the eyes of warriors, incite a barricade of soon-to-be slaves running toward an aromatic freedom—entrapment. The petals of the hibiscus flower, native to West Africa and steeped into teas that can lower blood pressure and cool the body during spells of intense environmental or internal heat, gather free blacks like a lure. A libation that banishes fantasies of running away by suggesting that access to it is emancipatory. This is not to say that the plant and its flower are hostile, but that its curative abilities are complicated and at times undermined by its blood-red flail. It can carry and pollinate two opposing purposes at once; the body’s autonomy and the soul’s hunger clash here and charge one another.

By freedom we often mean the opportunity to exist on what we pretend are our own terms, establishing our own rituals and tastes and fulfilling their demands in a loop that seems like comfort some days, and the threat of suffocation on others. The magenta flower water, cousin of Florida water, intends to spark a root, or work one, on the collective soul. It is served cold, like the cured carrion caught under hunter’s moon, and sipped with the vengeful elegance of the neatly disenfranchised. We are notorious for using access to goods and processes that remind us of liberation to compensate for the eternally unfinished Freedom Day. Dances, sweet teas, warm okra bellies, nimble feet, leather drum skin, a festival of oblivion—it all quenches or stifles the need to get to the bottom of the distance between ourselves and ourselves.

Juneteenth is on shelves now, as if surpassing that distance that makes us strangers in a strange land with the familiarity of sacrament or almost blood sacrifice, can be sweetened in the incidental garden of multiculturalism and cleanse the nation’s palate of the sanguine past.

On the recently federalized holiday, which commemorates the freeing of black slaves, the celebratory meals are traditionally as red as blood in the desert. The food rages with sweetness and temptation, with the mirage of an elsewhere that can be woven into the blandness of here and now and disturb the actual with subtle cosmic fire. As the U.S.A. adopts Juneteenth as a national occasion on which everyone, not just the descendants of slaves, takes time away from labor to celebrate wishful manumission, it feels more and more like merchandise now than it did before it was a widely recognized event outside of parts of the southern U.S., where it has been celebrated in some fashion for as long as it’s existed. The augmented attention means those newly introduced to the custom approach it with commercial distance and hints of appeasement, like a day set aside to perform solidarity so blacks don’t see red or revolution as the only route to visibility. Hibiscus tea is a talisman for replenishment in this ecosystem of Kool-Aid and Red Dye No. 3, a promise that we didn’t inherit self-neglect, that it was sold to us as we were sold, as products with no substance, bodies with bad blood, a flower left to wilt when it should be consumed and revivified in water. Sip it like the hypnotist might when she wants you to enter your own runaway dream.

There was a segment on hibiscus tea on the pop health television show Dr. Oz in 2019, where he touted the benefits and gave some to an audience member, enthusiastic as a pusher. They called it, fittingly everything you need to know about the trendiest new health drink. The audience member took an unimpressed sip—it doesn’t taste like anything. And Oz himself blanched like he’s been punched off script by her comment. He also seemed desperately uninterested in his own faux excitement. Let us hope the makers of Coachella don’t create a Juneteenth festival named Hibiscus, boasting everything you need to know about. Maybe it’s best that Juneteenth mimics oblivion for strangers to the tradition, doesn’t whet too many appetites, and resides in places like Galveston, Texas, as a sovereign day of triumph. How bright or pungent a flower or freedom is to you might reveal your own nature. Hibiscus is an aspect of the black mirror we have to cultivate a taste for to unlock. As much of an open secret as the flower’s petal pattern, drawing you into a bloom that it is also withholding.

Harmony Holiday is a writer, dancer, archivist, filmmaker, and the author of five collections of poetry including Hollywood Forever and Maafa (April 2022). She curates an archive of griot poetics and a related performance series at L.A.’s music and archive venue 2220arts, a space she runs with several friends. She has received the Motherwell Prize from Fence Books, a Ruth Lilly Fellowship, a NYFA fellowship, a Schomburg Fellowship, a California Book Award, a research fellowship from Harvard, and a teaching fellowship from UC Berkeley. She’s currently working on a collection of essays for Duke University Press, and a biography of Abbey Lincoln, in addition to other writing, film, and curatorial projects.