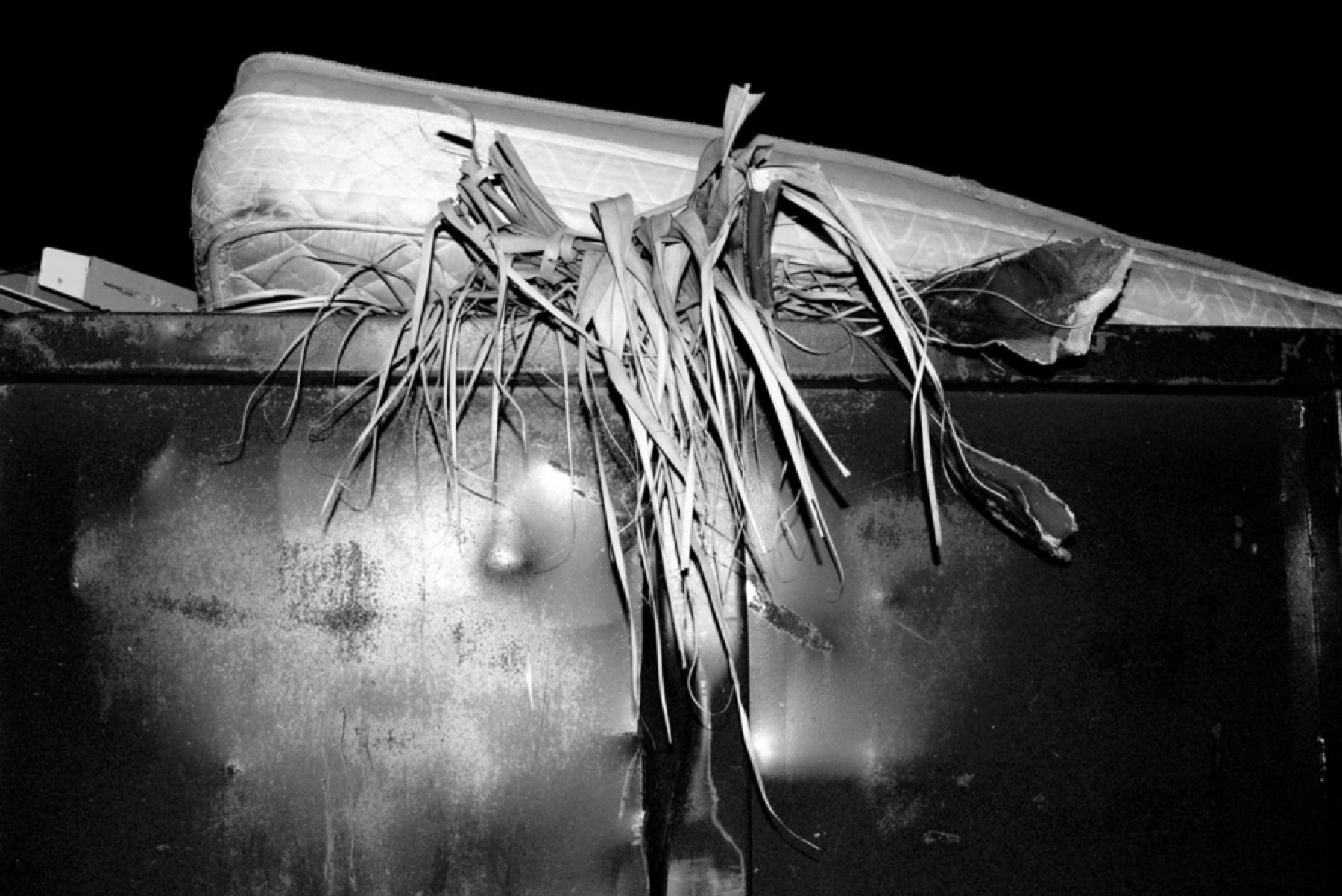 Description: In an attempt to “fuse New Orleans and Miami as metro jungles,” Erin Krall’s Tropiques Plastiques showcases the real and synthetic vegetation of those two cities, forming an unconventional portrait of the urban American tropics. In one of Krall’s images, the fronds of a palm peek out from under a mattress, spilling over the lip of a dumpster. In another, a stack of reclined beach loungers faces a wall of darkness. Other shots feature dramatic overlays, conflating textures of sand, trash, and foliage. Krall’s approach of nocturnal, black and white exposures works to disrupt the often gaudy, blaring themes of French and Spanish influence, repeatedly challenging the aesthetics that surround her home in the coastal South.

Eyes on the South is curated by Jeff Rich. The weekly series features selections of current work from Southern artists, or artists whose photography concerns the South. To submit your work to the series, This email address is being protected from spambots. You need JavaScript enabled to view it..

Erin Krall is a photographer based in New Orleans using a street style to tell stories of place. She previously worked at the ONE Campaign in Washington, D.C., where she curated photography, and as an education reporter for The Lens in New Orleans.

A Cure for Loneliness

A Story Behind Every Street