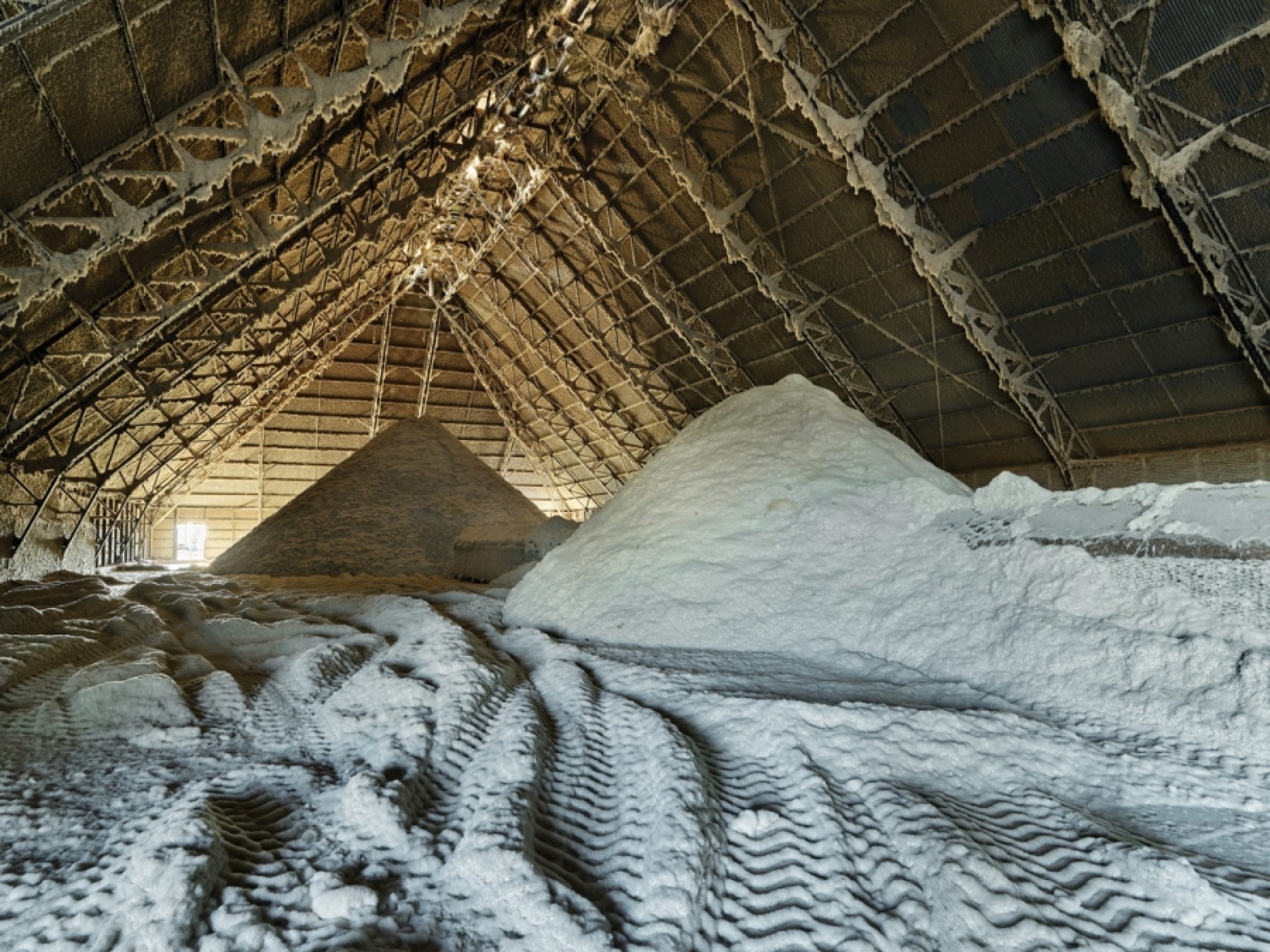 This essay was published alongside a selection of Timothy Hursley’s photographs in our Summer/Fall 2020 issue.

The fluffy bolls of white fibers known as cotton are really one of the plant’s protective mechanisms, tufts of hair growing from the coat of the plant’s seeds to guard it and aid in its dispersal. Given cotton’s global history, such an innocent-seeming intention as this will toward survival is astounding. Because once those fibers became a world commodity, once they were joined to a late-eighteenth-century global impulse for profit that connected textile mills in Britain and New England to Southern slave plantations, those same woolly threads no longer seemed so innocent. Instead, they became an emblem of exploitation and terror.

As a child, the closest I ever came to cotton in the raw was spying it growing in fields from the car window on road trips. Otherwise, cotton plants only ever appeared to me in sketches, depictions of the plant’s spindly stalk and curling leaves embellishing stationery and postcards in gift shops throughout the region. Unlike illustrations of other Southern flora, it seemed artists only came alive to cotton’s beauty once the plant had begun to wither, liking it for its brittle prickliness. This fixation with the plant’s charm in decay invited one to indulge in a kind of Southern nostalgia, as if the South too were only beautiful now in its own late harvest season, that nothing contemporary or fresh could rival the browning recollections of some bygone past.

Cotton also boasted of its ubiquitousness on television, the nineties slogan “the fabric of our lives” made into a pop jingle that stripped the crop of any particular Southern inflection after production of the stuff had mostly moved elsewhere in the world in the years following World War II. Classmates and I sang the refrain lustily across the blacktop of my elementary school merely for want of something to yell. There was no longer any reason to connect cotton to the field songs or lined Negro hymns sung by stoop-backed black men and women trailing sacks of it in their wake. By the early nineties, the material had become as commonplace as the t-shirt and underwear I slipped on every morning without taking notice.

Once, my father brought home a mini bale of cotton not much bigger than a coffee mug, given to him as a souvenir. A replica of the vintage cotton bales I’d already seen by then and knew to associate with sun-up-to-sun-down, backbreaking, underpaid labor, it too was wrapped in burlap and bound by metal harnesses. In miniature, the bale replica was rendered as innocuous as a toy, a ready prop for wars waged between factions of my action figures.

But the bale was also memorable as an emblem of restraint, its contents constrained so primly by those brass-colored rings, the white fluff pressing against its metallic bands like bound flesh. There’s a pubescent shame in cotton, all that supple downiness, so ready to be gathered and compressed, its bursting pods indecent, enticing the greedy fingers of capitalists to their plucking.

By then, I also knew the substance as a part of my own family’s legacy, a part that had been deliberately, but also tenuously, discarded. Cotton was synonymous with plantations and slavery, so much so that it, more than tobacco or timber or rice or sugar cane, had stoked the slave trade that had authored so much pain and rancor in the culture I’d been born to. Within the black American cultural cues I received on the street and in film and song, cotton, more than any other commodity grown by slaves in the Americas, bore the ignominy of this unforgivable crime. My father, born into a farming household in 1937 as the eleventh of fourteen children, had grown up in close enough proximity to have picked the stuff.

During the fall season of the years my dad was at college in the mid-1950s, he could leave his dorm room by foot at lunchtime, make it to the cotton fields near the campus of Arkansas AM&N College (now the University of Arkansas at Pine Bluff) and pick about a hundred pounds of cotton, his efforts over two days of work combining to about $7 of spending money. With school seeming to offer him an escape from the life of subsistence farming he’d been born to, I imagine this act was fraught, his need for money returning him to the field rows he’d intended to escape through university education.

He knew the work from his own childhood, his family having grown some cotton, but only as a part of a larger crop of produce they grew for their own table. Cotton was the only commodity they raised that wasn’t put to some use in their household. Two times, he and his brothers left the family farm to pick as seasonal laborers, all of their proceeds held in common to support the family’s welfare. None of the cotton picking he performed during his adolescence was for money he kept for himself. Even once he was enrolled in college, the crop still represented a bitter commerce, a quickly accessed, but barbed, means of survival.

The proliferation of cotton picker machines throughout the agricultural South in the 1950s changed the relationship of my father’s family and broader community to picking cotton. As historian Donald Holley writes in The Second Great Emancipation, cotton picker machines became “how the Cotton South shook off its historic legacy of plantation agriculture and entered the modern world of agribusiness.” The machines and their displacement of laborers also partly led to the Second Great Migration, when many black Southerners headed North and West, to urban centers, abandoning their agricultural backgrounds for industrial lives.

This exodus meant that though black friends of mine from across the country descended from families native to the Mississippi Delta, black American identity in the nineties, when I was growing up, was largely an urban one. Even in Little Rock, much closer in proximity to cotton fields than many of my contemporaries’ hometowns, I knew cotton fields mostly as sites of brutal oppression and lingering resentment, places from which to flee.

This entire history informs the way I encounter the photos that comprise Timothy Hursley’s study of Muskogee houses throughout eastern Arkansas, so called because the Muskogee Iron Works, beginning in the 1920s, fabricated facilities like these for cottonseed storage. To see cottonseed—what remains after bolls have been submitted through the modern equivalent of Eli Whitney’s infamous cotton gin—estranged from such a narrative as encompassing and, well, as damning, as that of the American South’s, startles me from my own jaundiced view of the crop. Hursley makes something altogether otherworldly of the stuff, composing galactic, snow-powdery mounds of seed into whole terrains. His images speak to something vibrating and new about what the South has become, or maybe always was, if seen through this lens.

Hursley has a visual appetite for the broad sweep of landscapes and architecture. He doesn’t necessarily re-envision the commonplace in order to invite us to see it again, but instead directs us to see the effect of forces beyond our own ambitions—forces like time or perspective or serendipity—on objects we believe under our measly control. Hursley peeks inside structures so mundane from the exterior, so commonplace in Arkansas towns like Helena, Wilson, Brinkley, and Lake Village, that most folks familiar with the region would barely take note of them. He also makes plain in his photos that the majestic mounds we see as grand and stolid, and therefore impenetrable, are also random and ephemeral, built from seed falling into conical shapes from conveyor belts running along the spines of these storage facilities, only to be mulched down and carted off by men, later to be pressed into cottonseed oil, the leftover cake added into livestock feed.

Hursley’s photos perform a feat I once thought impossible, separating cotton—its seeds and their protective fibers—from a history I’d only ever seen stained with blood. They do this not through denial, or by casting this world I know in some eerie, sepia-toned light. They do so by reminding their viewer of cotton’s own biological past, distinct from what callous men made of it and their fellow human beings, of the history and scale of industrial-age ingenuity, and asking us to look now at what time has made and is yet remaking.

Frederick McKindra, fiction writer and essayist, lives in Little Rock. His essay “Becoming Integrated” from the Fall 2017 issue of the Oxford American was listed as a Notable Essay in Best American Essays 2018, edited by Hilton Als. He has also contributed to the OA’s online series The By and By. A 2017 BuzzFeed Emerging Writer Fellow, McKindra has received support from the Bread Loaf Writers’ Conference and the Lambda Literary Foundation.