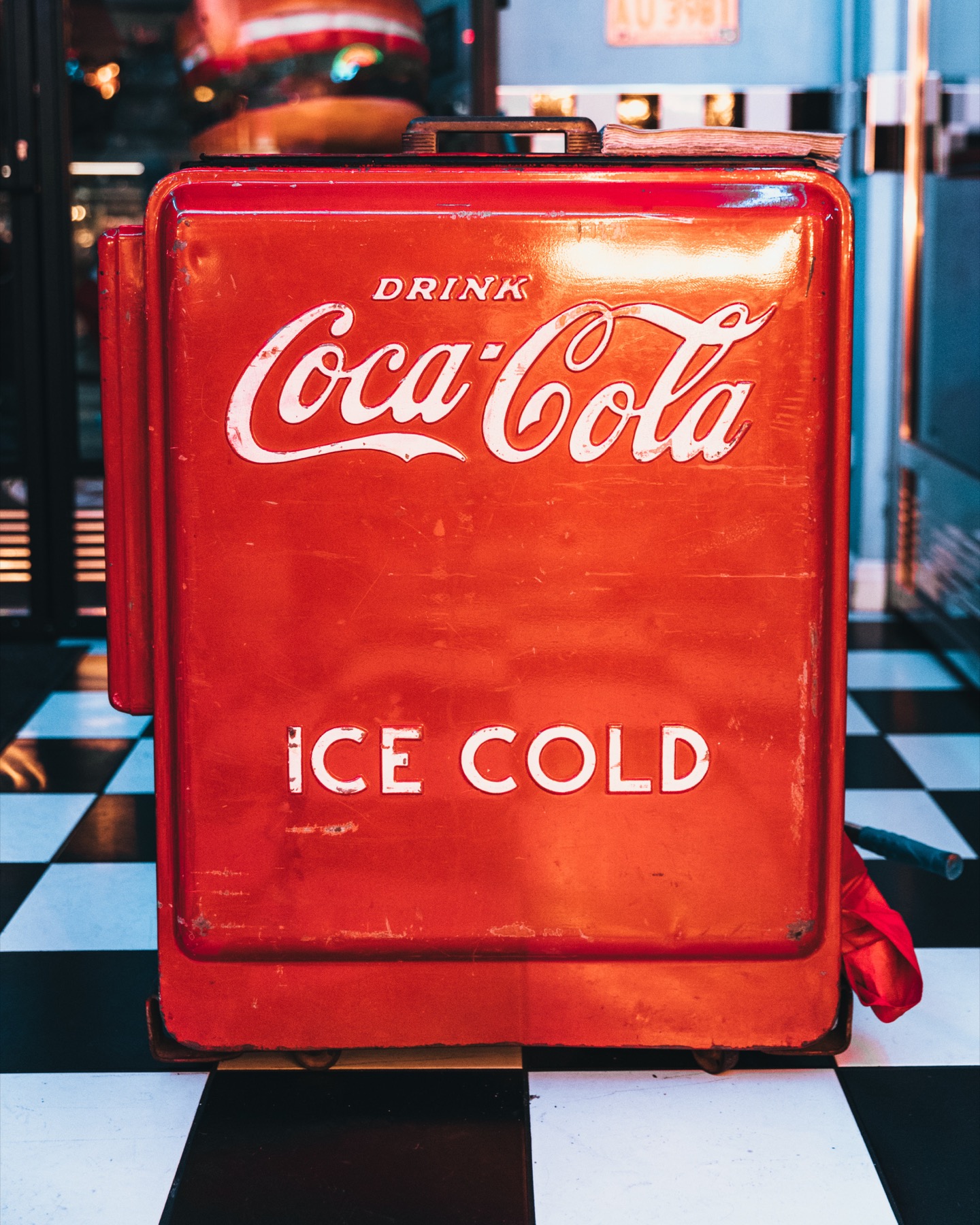 Image by Spencer Davis via Unsplash

A half-drunk bottle of Coca-Cola
rests on Johnny McGlynn’s tombstone.
A couple of helium balloons are tied to it too.
Sarah wonders what the story is.
Neither of us knew Johnny McGlynn,
brand-loyal McGlynn, lover of soda pop
McGlynn. He’s neighbors
with my father now. My father’s his new neighbor.
Sarah left wire flowers in the brass stand
next to my father’s name on the black
columbarium wall across the little road
from McGlynn’s tombstone.
My mother, Peggy O’Neill, picked this spot,
called “companionship grove,”
for its proximity to the river.
Johnny McGlynn’s Coca-Cola bottle
puts me in mind of that famous jar
in Tennessee, the way it bends
the Huron River and Huron River
Drive to the cemetery’s will.
Hot Coca-Cola is disgusting
to consider on this muggy day.
It’s supposed to storm later.
My mother worries about the flowers
in the rain and wind. I recite
“The Beautiful American Word,
Sure” by Delmore Schwartz
to the black marble box, but the town
of Flat Rock is stone-deaf to poetry.
You can’t get the words to make music.
I’m not finishing poems much these days.
I keep name-checking my father’s
favorite poets, though, instead
of saying what I don’t know how to say
about finitude and grief. Death is heavy
like the tombstone of Johnny McGlynn.
It bends the space around it to accelerate
the light, but grief is more
like the helium balloons that pretend
to lift his grave; they work at it all day,
this futile lifting.
Sarah notes how strange it is to see
my mother’s name beneath my father’s
even though her death date’s unfulfilled—
open paren, closed paren, open paren,
parents, parent. There’s so much
I don’t want to tell you. There’s even more
I don’t want to hear myself say, like
I’m equal to the task of leaving
crass symbols with the dead.
The story of Coca-Cola is well-known
and engaging for cocaine’s
appearance as a character, but it’s nothing
when contrasted with the story of helium,
that yellow spectral line observed
during a solar eclipse in 1868,
first among the earthly noble gases,
second among elements in ubiquity.
Carbon, which mycelium borrows
from tree roots to break down matter,
is fourth in abundance; the carbon cycle’s
why there’s little left of your neighbor,
Johnny McGlynn, Father.
But they treated you to fire
and put you in a box which I placed
inside the columbarium wall.
I think you’d like hearing they treated you to fire
from inside your marble; it reminds me
of Milton’s burning marl.
I look at the carbonated beverage
flat in Flat Rock and remember how
I placed a box in a vault
and it made phosphorous run to the river,
and algae stopped the running river, Father.
You watch now like a heron from your
gabbled roost. Johnny McGlynn
sucks ice in 4/4 time. My mother
thinks you deserve a swifter river.
This one’s gold-green like a pile
of newly minted bills or St. Patrick’s Day
swag scattered in a parking lot.
Pretend luck starved of oxygen,
this way we speak of graves
and what you would’ve liked.

Cal Freeman is the author of the books Fight Songs and Poolside at the Dearborn Inn. His writing has appeared in journals including River Styx, Southword, Passages North, Hippocampus, and the Poetry Review. He currently serves as writer-in-residence with InsideOut Literary Arts Detroit and teaches at Oakland University.