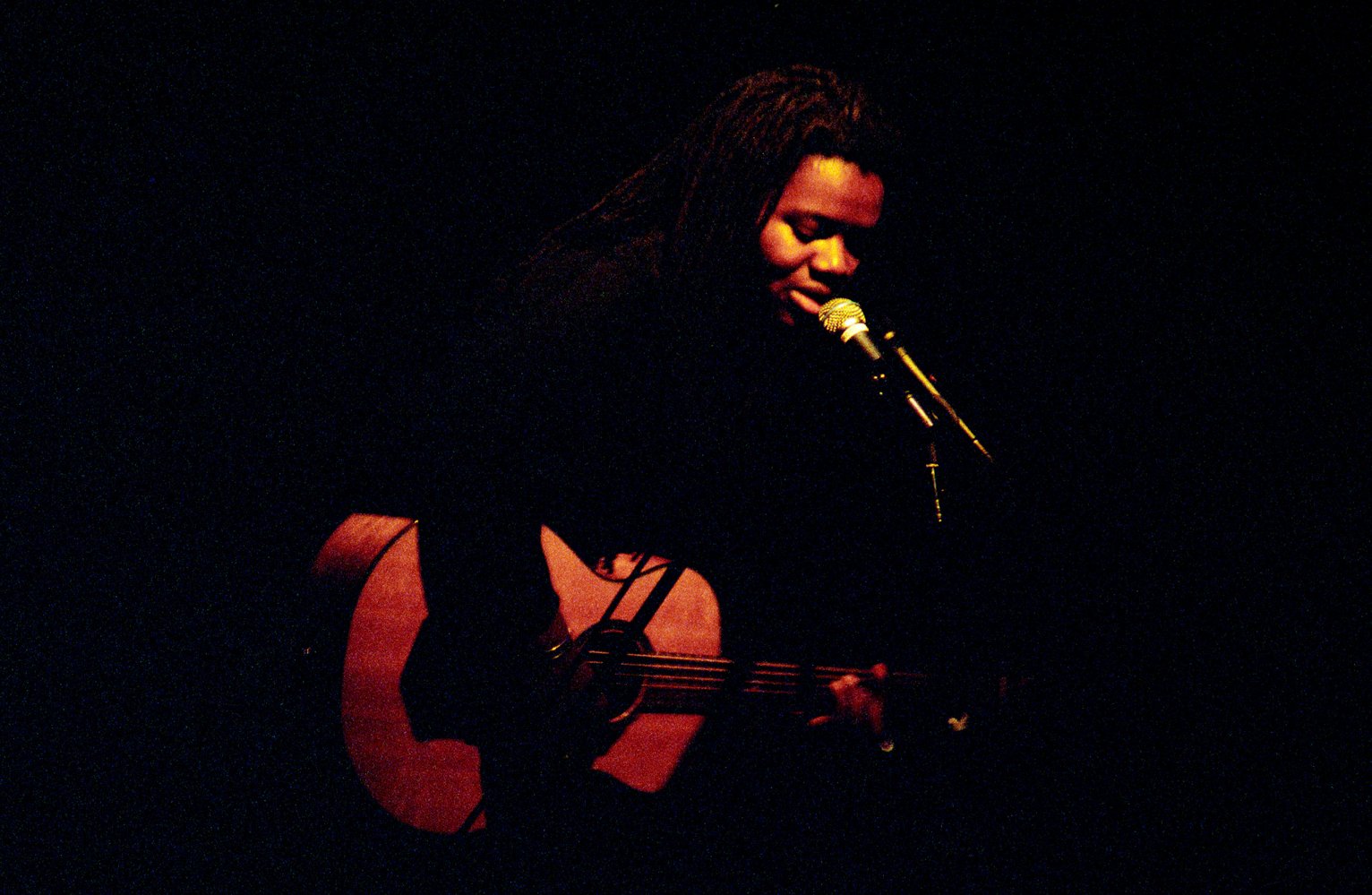 Tracy Chapman on the rewards of risk and love

Being in love is a state of madness that may compromise decision-making abilities. Sacrifices made for a romantic partner should, therefore, be examined.

In Tracy Chapman’s “For My Lover,” from her 1988 debut Tracy Chapman, the narrator acknowledges that others think she’s nuts and wonders whether the relationship is worth the losses and risks she has incurred: doing time in a Virginia jail, coming up with bail money, lying to authorities to cover for her love.

The chorus, though, returns to her conclusion: It’s the world, not her, that’s crazy. I believe her. When Chapman sings “you” over and over with her iconic contralto, it doesn’t sound like codependency. It sounds like ardent longing and frustrated adoration, conditions that plenty of good, sane, worthwhile partnerships will endure in hard times.

Those hard times echo in the instrumentation. Chapman’s guitar licks are simple and haunting, like something one might strum in a county cell where a small square of light streams from a high window with bars across it. Steel guitarist Ed Black pulls one note down the scale for a full measure, again and again, suggesting the long arc of justice bending down to find the forgotten. The end of the song contains a muffled harmonica, such as that you might hear through a wall.

Is this person for whom the singer burns really worth two weeks behind bars? More privileged listeners of the classic album might say no, assuming such allegiance is wasted on a bad person.

There are places in this country, though—poor places, Black and brown places—where the criminal justice system is often immoral, and the accused, incarcerated, or fleeing are less the perpetrators of wrongs than the victims of structural inequality.

I come from poor, white, rural Kansas, a place that had in common with communities of color a well-earned aversion to the police. While we did not face the mortal peril of white supremacy, to which Chapman alludes as a Black woman imagining time in a Southern jail, the majority of people in my family have been in handcuffs. Their offenses usually amounted to behaviors required for surviving working poverty. As a poor teenager and twenty-something, I committed some of those crimes myself—petty theft so that I could eat, falsifying a loan application for my mother, driving without insurance or current tags. While I never got caught for anything worse than speeding, growing up I felt a mix of dread, shame, and guilt when I saw flashing red and blue lights.

I am now a law-abiding citizen with relative economic privilege, but I remain critical of a legal system that disproportionately punishes people in poverty and people of color. In some cases, I might lie, like the storyteller in “For My Lover,” to protect people I love from the prison-industrial complex, which profits from the castigation of mental illness and substance use disorder. As for the twenty-thousand-dollar bail Chapman mentions, you can find a hungry bondsman who will post bond for five percent, which is half the usual rate, so that someone you love can co-sign and spring you for a grand; if you show up for your court date, the rest is forgiven. Where I come from, these are not scandals. They are the known surcharge for being poor.

When I met my husband, he had recovered from trauma-induced addictions and propensities for aimless bad behavior. He still has an edge, though; a radical environmentalist, he has told me he fantasizes about taking illicit, disruptive action on behalf of the planet. He wouldn’t, he assured me—less because those actions would be felonies than because they are ineffective strategies in a society where massive, underregulated corporations easily rebuild and renew their grip on ecosystems.

I fell in love with him because of that audacity crackling within his gentle spirit. Some of his ideas for change—the kind that Chapman talks about on the album’s first track, “Talkin’ Bout a Revolution”—are so uncomfortably severe and inconvenient as to affront the law. By my estimation, those are the only sort of ideas that will do for dismantling old systems engineered to maintain inequality and ravage the earth.

After five years, our life together has never required any major sacrifice from either of us. There is, nonetheless, a sense that we have teamed up against destructive forces and that we have each other’s back. Within the electricity of that knowing, the love is steady and the sex is hot.

In the long tradition of songs about how others just don’t understand someone’s commitment, “For My Lover” stands out by conveying a feeling not of foolish desperation but of courageous passion. Unlike male singers of outlaw country from the same period, the woman of “For My Lover” has abandoned no one for the sake of freedom. Rather, her loyalty has made her a rogue who stays. While so many cowboys of song float on a breeze of self-absorption, she revels in the most daring pleasure of all: true devotion.

Sarah Smarsh has covered socioeconomic class, politics, and public policy for the New York Times, Harper’s, National Geographic, and many other publications. Her first book, Heartland: A Memoir of Working Hard and Being Broke in the Richest Country on Earth, was a New York Times bestseller, a finalist for the National Book Award and the Kirkus Prize, the winner of the Chicago Tribune Literary Prize, and a best-books-of-the-year selection by President Barack Obama. Her latest book, She Come By It Natural: Dolly Parton and the Women Who Lived Her Songs, was a finalist for the National Book Critics Circle Award.

I Ain't Got Nothing But Time