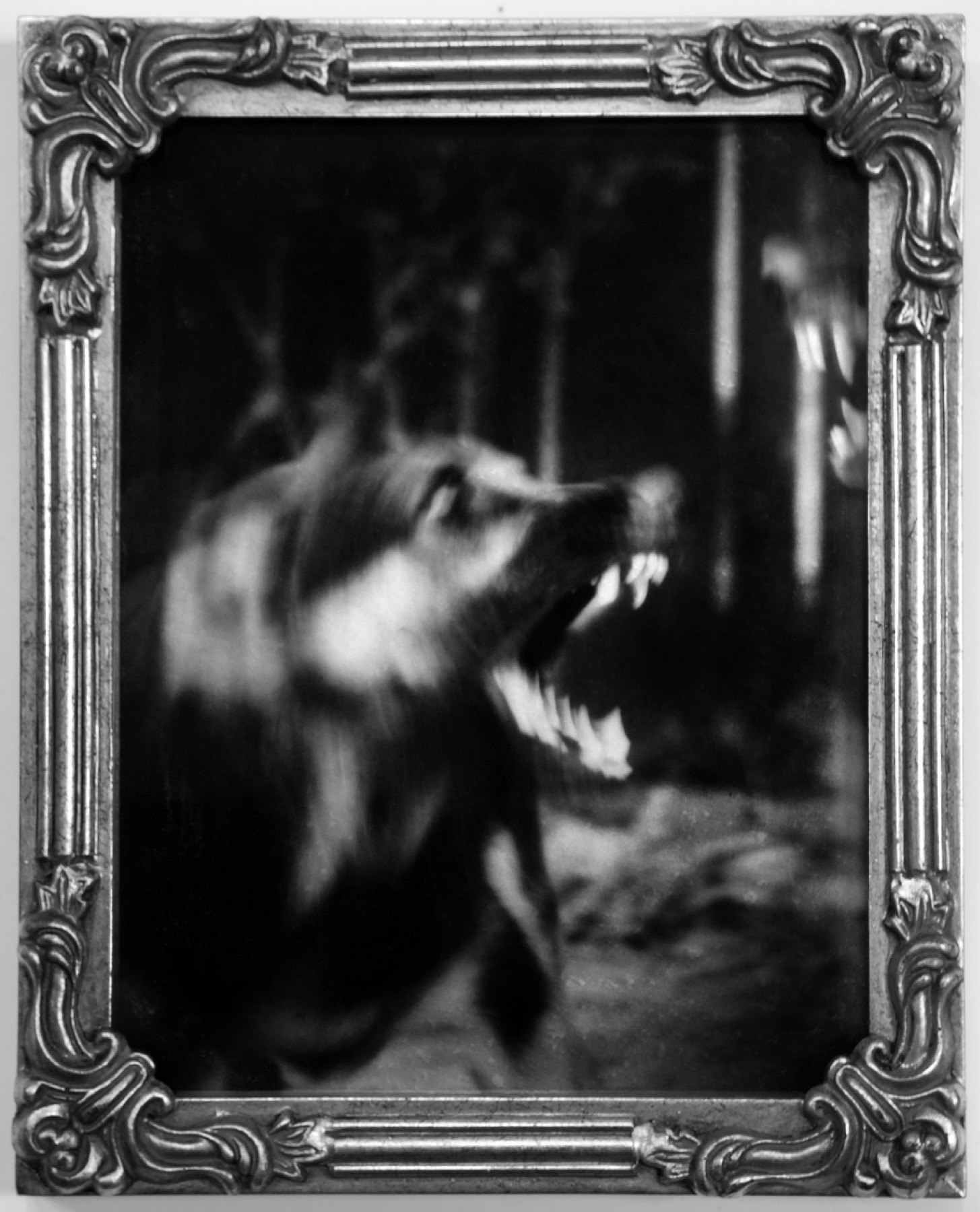 The dogs got tied up to the chain fence blockin us kids from fallin out our backyards into the Tennessee River or the interstate. The dogs had one trough, but not all of ’em could reach it the same ’cause the choke chains was one size only and the dogs spread ’long the whole fence, so the ones in the middle or nearest the trough got mean quick. Two teenage ones at the far right end of the fence dug holes to get under to Mr. Holt’s garden. They ate all his cabbage and turnips, to not have to fight for the wet food or the water or the bones. When Mr. Holt threw a fit one more time, Mama bashed ’em with my bat after Daddy left for the poultry house. She said they wasn’t no good to Daddy if they ain’t have a taste for blood. Later I got ’em out the trash bags in the garbage bin to bury ’em right.

My job every day before school or church in the mornin and after supper at night was to fill the trough with the leftovers and the butcher scraps and the road kill plenty ’round the way off 65 with all the trees and the roads with no lights but from the cars that couldn’t always stop in time. I had to hose ’em too. Twice a day. If I wasn’t busy I’d do it three times or for a long time if only twice. I liked when it rained ’cause I ain’t have to go back there and do it then. Girl dogs got tied up right next to the boys so the boys would fight over the girl and hump her back to back if she was in heat. But they said this was good to keep the grown ones tough but still keep puppies coming to sell. Purebreds. This how I got the one to give Sissy.

“I got some dogs,” I told Sissy, on her fixed-up porch where the twiggy swing chain broke when Sissy’s grandma was in it with her church friend, so Sissy’s father built the whole porch all over. She smiled. The new paint smelled sweet and it was cream color, so I leaned on the banister thinkin ’bout buyin Sissy some Twinkies if I had enough in my pocket. Sissy got dropped off and picked up everywhere. It ain’t matter if I was standin right by her when her father got there after school. I had to go all way home and get back to town on my own to see her. I could ride far on my bike, but she couldn’t leave her yard. I could come to her, but she couldn’t go see no boys. There wasn’t nothin out my way anyway but trailers and shotguns like mine, cut off from everybody with the high board fences my uncle and his boys built three years ago when Daddy first got the idea. Then, they and most everybody else stopped comin by but a few folks to complain ’bout the barkin. So Sissy ain’t know what we did. The folks who knew ain’t say nothin.

Soon, I carried a bitch in the kitchen for the next whelping and put the rickrack ribbon on her litter’s necks. Later Mama said it was s’posed to be six but I sweared it was just five. Then I said, “Maybe she ate one. I ain’t fed her yet.” The mama growled when I took it off a tit but I was the one fed her, so she ain’t bite. It was so tiny it stayed quiet with a low squeak down in the storm cellar, for just a night I did it, with holes I poked in my book bag for it to breathe in my locker. I skipped English to ride the six miles total to Sissy’s house then back where I stayed.

“This thang ain’t even weaned.” Sissy’s grandma rocked in the new swing and the baby pit sucked her fingers. “Ooh this tickle . . .” She kept on laughin and her big gray wig shook and the top of her leg stockings rolled down past her knee bandages. She went in the house and found a medicine dropper and some buttermilk. Then she came out and showed Sissy how to do it.

After I rode home, I saw all the cars was pullin up in the yard with they cages in the backseats. Mama was done settin up the fight mat and owner chairs in the shed. The flowerpot set next to her feet in her house shoes, for price of admissions. My job was to count the money at the end too. I had told Sissy if she ain’t never tell nobody where her dog came from, it was free.

Kalisha Buckhanon is the author of the novels Upstate and Conception, as well as Solemn, published in May 2016. She has an MFA from the New School, and she blogs at Negression.com.