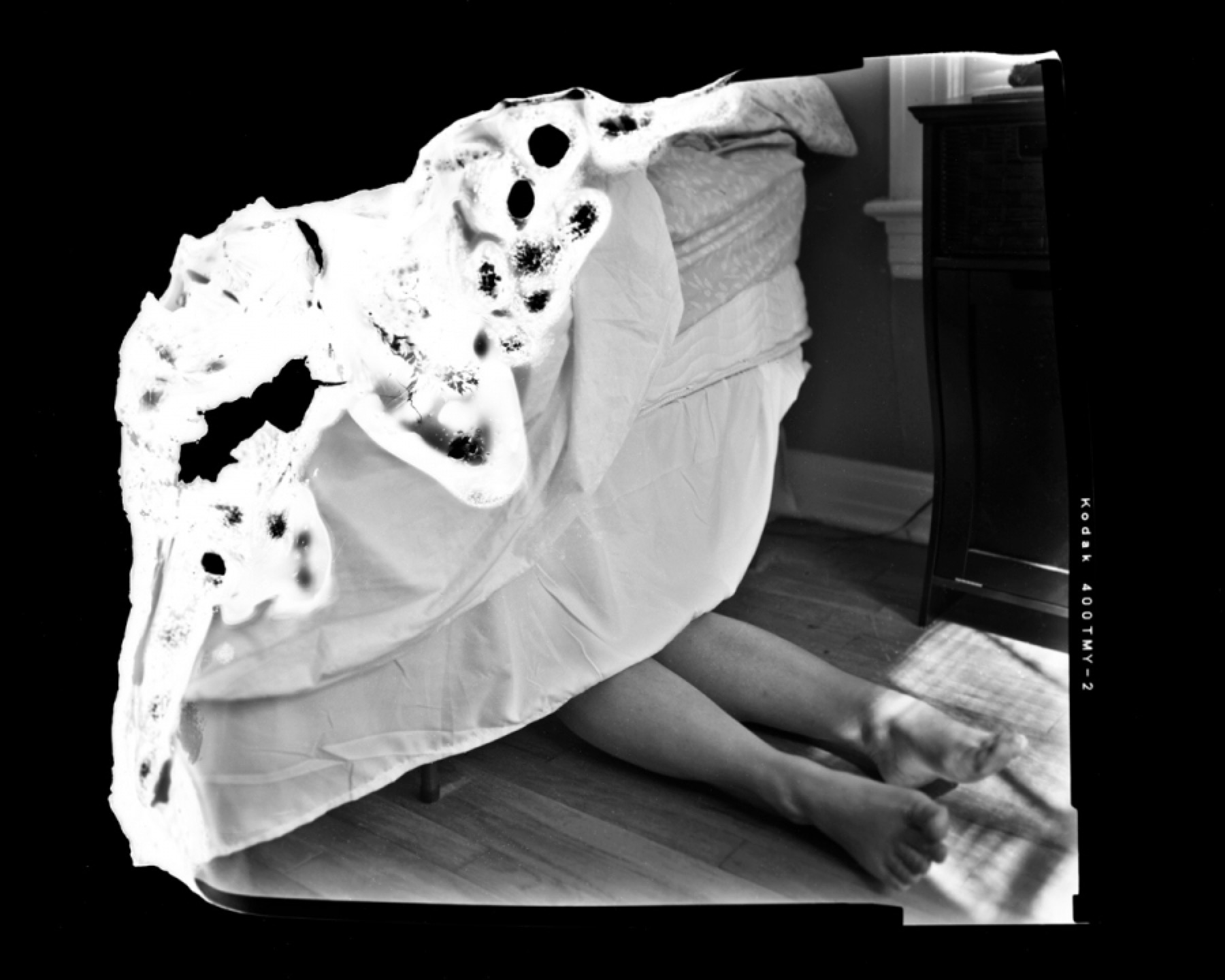 "Untitled" (2013), by Allison Jarek, from the series Shared with a Stranger

Blaise St. Clair once sat down to make a list of all the people she had slept with. She knew it would be more than ten. Well, she knew it would be more than twenty. She had not imagined that the number would crest a hill and roll down the other side. It was an archeological dig. It was an avalanche. It was a crying shame. If you added up the moments of joy, they would maybe fill the size of a bottle of capers. Maybe a squat jar of her grandmother’s fig preserves. She thought of this when she heard the astonishing fact that if you added up all the songs that the Beatles ever wrote, the running time would amount to a little less than thirteen hours. Thirteen. Hours. Anyone in her age range, which is to say anyone old, would understand.

The Beatles and her sex life were not unrelated. Her freedom (or seeming freedom) could be traced back to a scene that still plays in her head. The Ladies Room (for it was called “Ladies” then) in a dimly lit Polynesian-themed restaurant in Houston, Texas, August 1965. Improbably, her parents had taken her, along with her three siblings, to see the Beatles on their second U.S. tour. She’d excused herself from the table and found her way to the bathroom, where she opened the door to a cloud of hair spray and marijuana smoke, and nothing was ever the same again. She opened the door, wearing the orange-and-white summer jumper of a Catholic schoolgirl, and walked into a world of women who might as well have handed her a birthday cake with a file hidden inside that she could use to get out of prison. She gaped and took it all into her young heart. Their long, straight, waist-length hair. The white lipstick. The skinny brown cigarettes. The lace-up over-the-knee leather boots. The leather pants, suede miniskirts, the accents from places she knew only from geography class. Their I-don’t-give-a-shit attitude as they leaned against the sinks applying eyeliner. Blaise stood there in her white Keds. A gate opened, she stepped through. And she never fully returned to her hometown again.

It wasn’t until she was sixty that she stared in the mirror and saw the girl she had been and began to talk to her like she was darling. The two of them began to chat. Shy at first, each tiptoed toward the other. These became some of the most interesting conversations she’d ever had. When Blaise St. Clair was able to breathe past her fear, the conversations were as gorgeous and as fragile as monarch butterflies at dusk on the Eastern Shore of Maryland. They were lamentations. They were lullabies. They were reveilles. They were the ingredients for a new cake studded with a file keen-edged enough to spring our girl from her own Alcatraz. If she wanted, she could walk right out of the gates and into the waiting arms of brokenness.

Rebecca Wells is the author of Divine Secrets of the Ya-Ya Sisterhood, which was made into a feature film. Her other novels include Little Altars Everywhere, Ya-Yas in Bloom, and The Crowning Glory of Calla Lily Ponder. A Louisiana native, she now resides in Nashville and has recently created a one-woman show based on the Ya-Yas. Her story in this issue is excerpted from Blaise St. Clair’s Book of Being, a novel in progress.