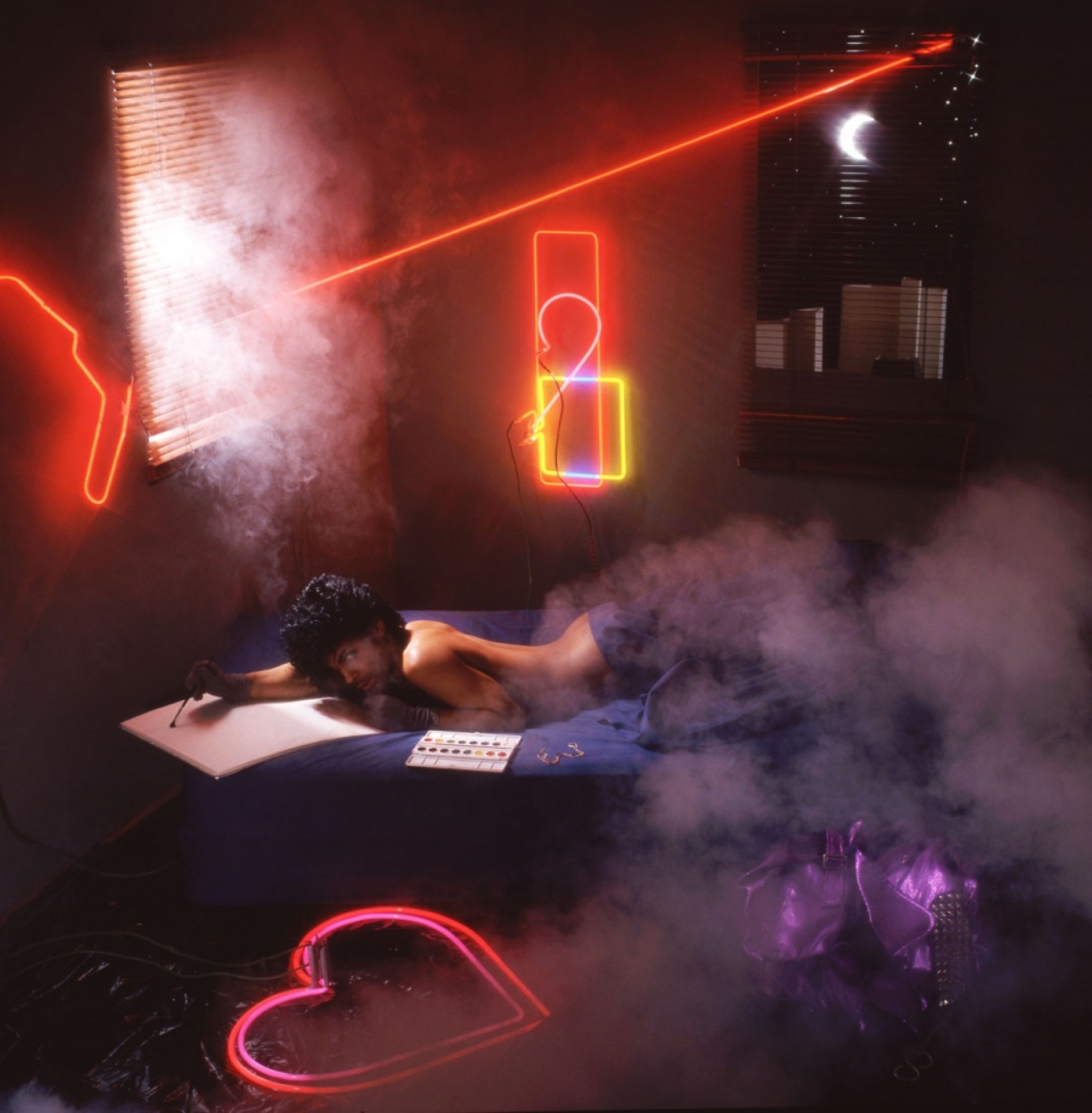 Dig If You Will The Picture

Indian Creek, Kentucky. Sixteen. Black, country, and full of sexual energy. I copied my style from magazines: bell-bottom jeans and blue peasant blouses and striped knit shirts that clung to my breasts. Platform shoes and wooden Candie’s high heels. I sprayed Avon’s Sweet Honesty perfume behind my ears and rolled on strawberry lip gloss. I sported an Afro, or a mushroom hairstyle, or bone-straight bangs feathered around my face. I oozed sexuality, but I was a virgin. I was Christian, a timid member of the small congregation at Pine Lick Baptist, the church where my grandparents worshipped. I had an active imagination and a harnessed wildness. I kept secrets.

When Prince sang “Soft and Wet” from a 45 on my record player, the lyrics were hidden beneath the funky beat. My grandparents never knew what I was listening to. Prince and his doe eyes and big Afro and glistening lean body stared back at me from the pages of Right On! magazine. We lived far out into the woods, on a gravel road. My grandparents were farmers. Books and magazines and television told me that normal black girls did not live like this. But I did. Prince was the sex I knew nothing about. Prince sealed my fantasies about a larger world.

Pine Lick Baptist Church. One room with a coal- and wood-burning stove. The reverend stood on a riser with his pearl-handled cane and his Bible. Sometimes he spat in the midst of religious fervor, preaching on the lapping flames of hell and damnation. I felt as if he were speaking straight to me, that I would be doomed to hell for even thinking about sex. I would later atone in my diary.

Let's call the man BB. He was a distant relative. At the entrance to the church was a small vestibule with two white doors. Behind the doors was a dangling rope attached to the church bell. All us children, even as teenagers, grew ecstatic when we were allowed to ring the bell to signal the start of church. BB was head deacon in charge of bell ringing. The first time his hands brushed against my breasts I thought it was an accident. He groped me the next time I rang the bell. After that, he looked for opportunities. I began hiding, but he always found me. And I kept the secret.

1979. The white boys at school extended their hands into the aisle when I boarded the bus in the mornings. One grabbed a right breast. Another grabbed a left buttock. Another grabbed my crotch. I tried to use my books as a shield but still the boys would get me, their hands taking what was not theirs. One boy grabbed his penis. Another called me a nigger. Once, I slapped a boy so hard the outline of my hand was written in red across his face. He called me an ugly black bitch. The white boys laughed. The white girls laughed.

At home, my room was filled with posters of Prince. Alone, under the glow of a cheap black lightbulb, I danced to “Sexy Dancer” and tried to wash off the stench of “ugly black bitch.” Tried to remove the imprint of all those unwanted hands. Sometimes I was so full of shame and anger I felt like I would rupture. Books became my conduit to the outside world; I had even begun to write my own. But my rural life in Kentucky felt like a prison. I wanted to get off the creek. Prince. My Prince. Beautiful. Black. A few years older than me. He told me that I was desirable—that when I was ready my body was mine to give. I was a sexy dancer. His sexy dancer. My own sexy dancer.

That summer, I turned seventeen and went to college. By the end of my first year, I had been raped twice. Once by someone I knew and once by a stranger. I contemplated murder. I contemplated suicide. The dark, depressed moods I still live with were beginning to show themselves, threatening to spill into madness at every turn. One night, I left my dorm room after thinking of ways to end my life and drove to a cramped nightclub. I danced to “I Wanna Be Your Lover” with everything I had. Prince told me, “I wanna be your mother and your sister too.” I didn’t worry about hell. I didn’t worry about what my grandparents would think. The night I willingly had sex for the first time, I told my boyfriend that I was a virgin. It was the first time I had given consent to be touched.

Sometimes, in old photographs, I see glimpses of that young woman. Corners of my mouth turned down. Staring into the camera with empty eyes where joy should have been. In other photographs, I’m smiling so widely that I’m sure my face hurt. A taut body with a hip jutted out. A body drowning in unwanted touch. Sometimes I see that young woman in the mirror staring back at me through these fifty-year-old eyes. When they told me Prince had died, I cried for both the young girl I used to be and the woman I’ve become. He taught me to be myself and taught me how to save myself—again and again. His songs are this black woman’s anthem. His voice, my respite. His wildness: the power I needed to find my own.