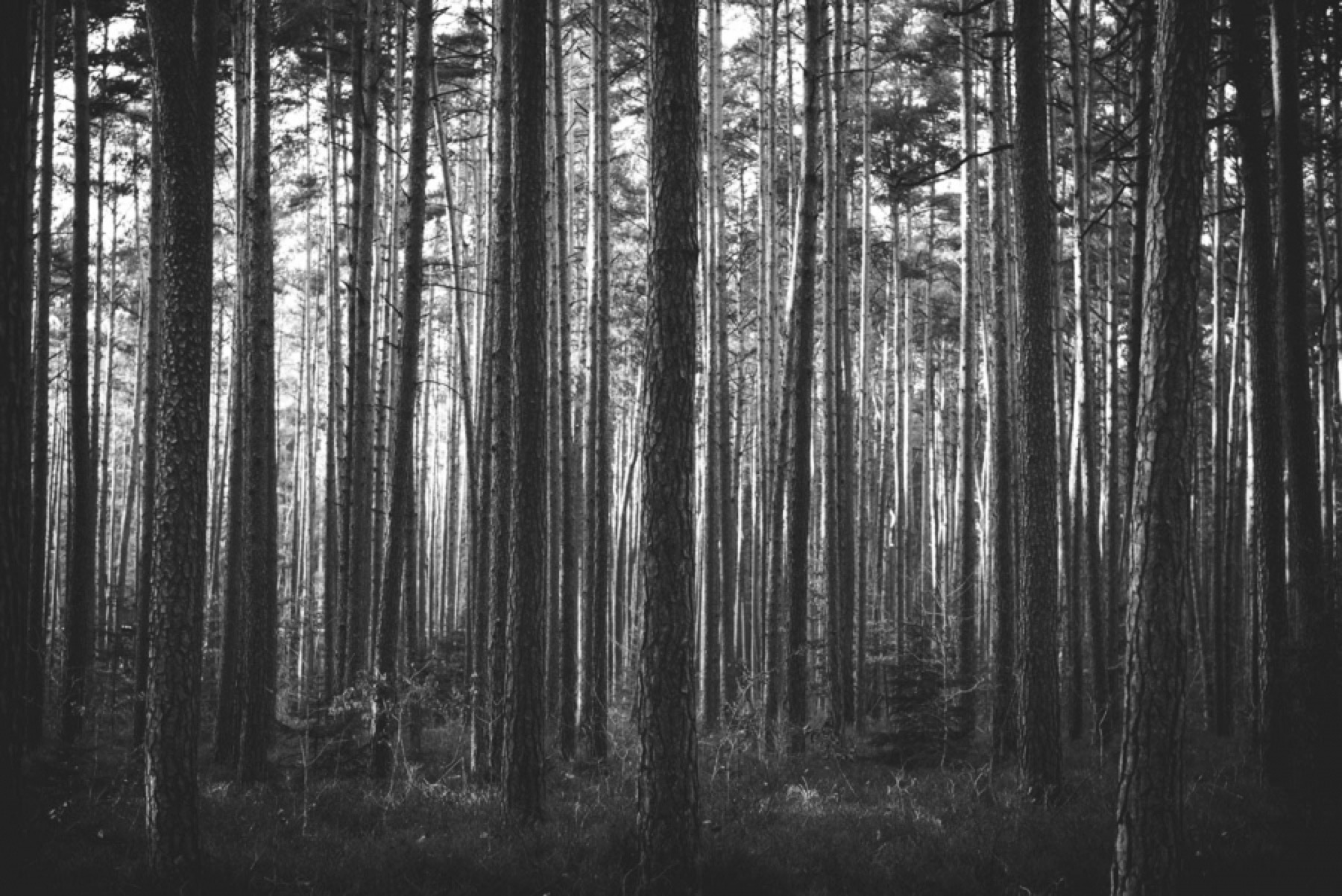 In David Simon’s 2015 HBO miniseries Show Me a Hero, which I’ve recently revisited, Alfred Molina plays Yonkers City Council member Hank Spallone. Spallone, an ex-NYPD detective who is the voice of housing opponents, is also a bigot and a bully. As a way of showing just how vile Spallone is, Molina constantly chews toothpicks. I use chew loosely here. He lets one hang from his mouth like the leg of a small person that he’s almost finished eating. He kicks his feet up on courtroom tables and a toothpick pencils out over his chin.

As a toothpick chewer, I found it troubling all over again, just as I did when I watched the show in its initial run. It was villainy of an intimate sort. Molina was immediately recognizable as evil because of his toothpick, just as Javier Bardem’s Anton Chigurh was because of his haircut.

For me, toothpicks—like Zippo lighters and typewriters and vinyl records—have always signified classic coolness. My grandfather, a Brooklyn car mechanic and TV fix-it guy, chewed them compulsively and I fell in love with toothpicks because of him. He used them to pick his teeth, sure, but—more often—he just chewed on them. And his expert good guy method differed substantially from Molina’s bad guy method. My grandfather kept the toothpick tucked in his mouth, back between his teeth, so that only the tip protruded from his lips. It was possible to talk to him without knowing he was chewing a toothpick. Of course, he didn’t say much, so he didn’t often have to make the toothpick known by withdrawing it.

I took up the habit in college because I wanted to look cool like him. Everyone was smoking cigarettes—and cigarettes were cool, especially if you rolled your own—but toothpicks were somehow cooler. No one I knew then used toothpicks (which itself was appealing), except for their functional purpose. Toothpicks were for grandfathers and gangsters in old movies, not college kids in thrift store jeans and t-shirts. Yet, they exuded a don’t-fuck-with-me air that gutter punks and hippies alike could appreciate. And they were a form of protection. A toothpick could make me cool and tough, even if I wasn’t really. A toothpick could stop a fight before it started because, as a general rule, you don’t mess with someone chewing a toothpick. A toothpick could get me a date because a toothpick meant I was possibly reckless and fun (while I was really withdrawn and melancholy).

Method was everything. I knew from my grandfather to keep the toothpick tucked in, to never let it dangle. Letting it dangle meant you were asking to be noticed, as well as running the risk of being disgusting. Eventually, I learned one simple trick and thought of myself as a sort of magician. I’d flip the toothpick over in my mouth. To me, it was the equivalent of Audrey Horne’s cherry stem trick in Twin Peaks. Girlfriends did not find it attractive or compelling and, often enough, I’d fumble the toothpick and scrape the lid of my mouth or come close to choking myself. These days, I show off for my kids, performing the flip as slowly and dramatically as I can, and they just don’t care. They don’t find toothpicks very interesting.

Toothpicks are typically thought of as a tool used to dislodge food stuck between teeth. They are simple and elegant, and they are the oldest instrument of dental cleaning, predating toothbrushes and floss and mouth rinse. They can be made of wood, plastic, metal, bamboo, or bone. They are a dangerous tool, too. Writer Sherwood Anderson died because he swallowed a toothpick from his martini on a cruise; his internal organs were damaged and infected. I’ve had to give up toothpick chewing many times over the years because I’ve gotten splinters in my lips and gums and the insides of my cheeks. The American Dental Association frowns on toothpicks as a means of oral care, but I grew up around men who never went to the dentist and predominantly used toothpicks to clean their teeth, and they were fine.

Strong, Maine, was once known as the toothpick capital of the world, but the last American wood toothpick plant there closed in 2003. Today’s toothpicks have to be imported. The ones I buy sometimes (billed as “chewing sticks”) are made in Thailand and infused with Australian tea tree oil. There’s also, no kidding, Daneson’s small batch artisanal toothpicks, which come in flavors such as “bourbon,” “salted birch,” and “single malt” and are packaged in little bottles like something from one of Joseph Cornell’s shadow boxes. They’re not cheap. Daneson sells accessories like two- or six-finger leather toothpick cases. Their homepage says that they make toothpicks for “dignified individuals.” Read further and you’ll find this: “A toothpick is more than just a toothpick. With the right recipe a Daneson can bring back memories, relax the mind, complete a meal, or distinguish a character.” Which, of course, reminds me of many of Don Draper’s expert pitches on Mad Men.

As it turns out, the proliferation of toothpick usage in the United States can be attributed to a marketing ploy of sorts. Henry Petroski’s The Toothpick: Technology and Culture is required reading for anyone interested in the history and cultural impact of the toothpick. Petroski recounts how Charles Forster, a nineteenth century Bostonian who pioneered the toothpick industry, managed to get toothpicks into restaurants by hiring Harvard men to eat at restaurants and then ask for toothpicks after their meals, and complaining if none were available. A few days later, Forster would pounce, selling boxes of his toothpicks to the restaurants that had previously refused to buy them. Chewing toothpicks after a meal came to be seen as a necessity. More importantly, it was fashionable and ritualistic, threading its way into the cultural landscape. Men and women would linger with toothpicks outside restaurants. The toothpick was, in its way, similar to a post-meal cigar or glass of port wine. Petroski writes that “the toothpick took on a life of its own, serving not only as a utilitarian object but also as a status symbol and even as an accessory.”

The toothpick’s role as a status symbol has long since passed, but once the humble tool signified contentment and confidence, qualities tied to coolness and toughness. At the dawn of the film era, the toothpick might have transitioned into a device of character rather than status. Gangsters gnawed on toothpicks. Western heroes. Strong, silent types. The toothpick could signify humility, sure, but it could also become an ornamental flourish for a menacing figure.

Like the cigarette, the toothpick was almost made for film. A character could worry it between his or her fingers, could chew on it aggressively, could pick with it or point with it for dramatic effect, could employ it any number of ways during an emphatic pause.

But unlike the cigarette, the toothpick suggests a habit without a substance to back it up. And so, it becomes associated with going clean. Quitting smoking? Have a toothpick. Nervous energy from giving up coffee or hankering for booze? Have a toothpick. Love gone bad? Toothpick time. Other toothpick chewers I’ve known include sober bartenders, card players, mechanics on probation, vegans with no vices, strung-out ex-addicts, and even a stripper with a bad popcorn habit. It is as easy to imagine an Alcoholics Anonymous meeting full of toothpick chewers as it is coffee drinkers and cigarette smokers.

There are other purposes for toothpicks, of course. People build with them. Whole little worlds, as a quick Google search reveals. But for those of us who use it as a tool for poise rather than hygiene, the toothpick underscores fragility.

In his book about the filmmaker, Greg Olson tells a story about David Lynch walking around the set of Twin Peaks: Fire Walk With Me with a “toothpick, like a little splinter of divining rod, [jutting] from his lips.” We see Lynch as mysterious and mystical, so it makes sense that he is a graceful toothpick chewer, the antithesis of someone like Molina’s Spallone. Olson’s account suggests that a toothpick can couple its wielder to some magical source. I sometimes feel like that when I’m chewing a toothpick, as if I’m combing a beach for lost treasures or seeking some fabled spring, even as I keep it hidden away from notice. It’s a powerful tool for pondering.

What so unnerved me about Molina’s performance in Show Me a Hero was his disregard for this. Videos of the real Hank Spallone speaking at the Yonkers City Council meetings are widely available on YouTube, and there is no toothpick present. Molina’s addition of the toothpick, as a menacing accessory, speaks to a larger cultural shift in perception.

For me, chewing a toothpick now merely ignites memories of my grandfather. A map back to him unfolds. I see him, I am him.

My grandfather died in the winter of 2014. One of the last pictures I took in our time together was of the table next to his recliner, where he kept a handkerchief folded open and four trusty toothpicks at the ready. He was chewing them until the end.