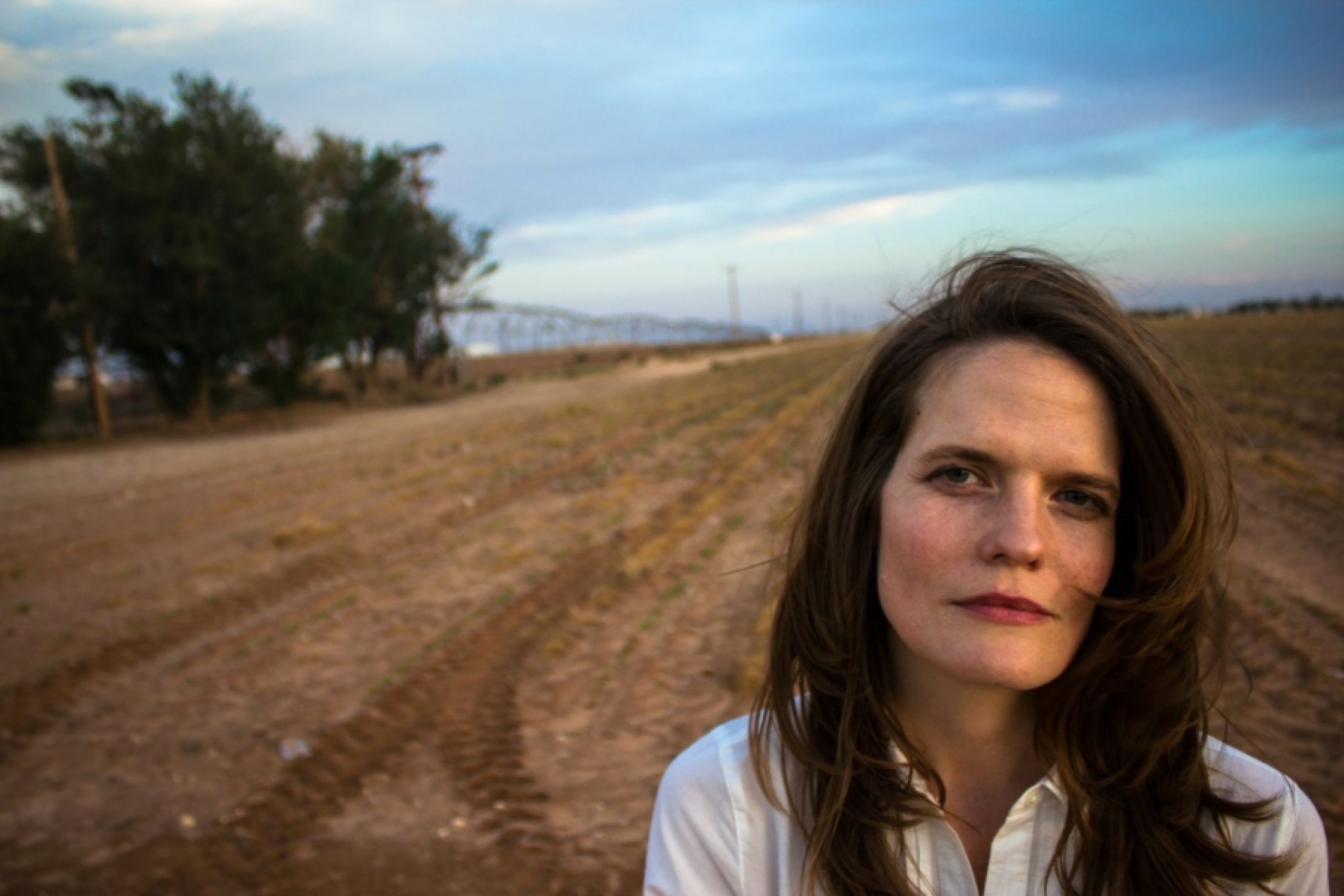 Last summer, a trim, honey-colored paperback arrived to the Oxford American office. The book announced itself in a heavy serif: Render / An Apocalypse. It was by a poet from Kentucky whose elegant name I didn’t then know. Rebecca Gayle Howell. It impressed the staff unanimously. I was only able to give the volume a brief­­ glance before an enterprising intern made off with it, but later I got my own copy, heeding the instruction in Nick Flynn’s foreword: “You will need to live with these poems for awhile, to let their power seep into you.” The living, the seeping—Flynn is honoring the collection’s agrarian spirit. Many of the poems share a form—“How To Kill a Rooster,” “How to Be Civilized,” “How to Cure”—giving the book the feeling of some kind of almanac. But this is no hokey field guide. Howell’s particular vision of the world is manifest in every word. Consider the closing lines of “How to Plant by the Signs”:

take the seed of secret
in your palm

In the spring, the OA was able to publish new work from Ms. Howell. Then we invited her to serve as the guest poetry editor of our summer issue. Now, she is something of a friend, though we’ve never met—such is the intimacy of her writing. I ordered her previous book—Hagar Before the Occupation / Hagar After the Occupation, a translation of the Iraqi poet Amal al-Jubouri—and hunted for uncollected early work on the web. I can’t stand to wait for her next.

This interview was conducted by e-mail throughout May. Rebecca Gayle Howell was announced as the new poetry editor of the Oxford American in early June.

A couple days ago, on Mother's Day, you told me that the first run of Render has sold out and you are now anticipating its second printing. (So there is justice in the publishing industry after all!) I took it with me on a trip over the weekend, where I rediscovered the power and pull of this little book of yours. Though each piece can stand alone as a substantial meditation—"A Brief Atlas for Leave-taking" springs immediately to mind—I found the structure of Render especially captivating: the evolution of this almanac of poems from beginning to end. As I read, I wondered, what did this collection look like in its earliest stages? At what point did you realize (if it was a realization-in-process sort of thing) that this is what the book will be? That is, when did you, the creator, see what we now behold as readers: Render / An Apocalypse?

Yes! It's wonderful news. We're thrilled. The press has decided to do a second printing, and we're commemorating the moment with a new paper color for the cover. So the first printing is, officially, a limited edition. It's all a happy coincidence, but Frank Giampietro has been the lead editor for both Render and Hagar, and I'm forever grateful for it. His editorial precision and generosity has made the difference.

As for Render's form, in its early stages it was a handful of random poems. Then I stopped writing for a while and listened to them instead.

I come to poetry with the hope of writing toward what I don't yet know, don't understand, but want to. It's much like that old Christian adage, "I pray because it changes me, not because it changes God." So, while I now see that Render possesses a larger architecture, it was not by design, or at least not at first. An early teacher of mine, James Baker Hall, advised me to "listen and dictate." If I have a method I return to, it's that one. I catch a line being uttered somewhere in the inscape, and I write it down. Then I repeat it to myself until I hear something new; I follow its lead. In the case of Render, my process led to an agrarian myth, an almanac for climate change, but I didn't set out to write such an almanac. I set out to write an honest line.

How about the sequence? "A Calendar of Blazing Days," the final, longer poem, takes a slightly different form and serves as a beautiful denouement to the book. Was it the last piece you wrote?

I did write it last. I understood by then what the other poems were up to, how they were aggregating, and how a shift in image and sound in the last third of the book might act as a denouement. The idea for the sequence came from a small volume I saw in a flea market, a collection of 19th century pastorals called A Calendar of Verse. For every day there was a little poem. That idea, that we could mark our days not with numbers but with visions, stayed with me. When I started writing the "Calendar," I was reading Shakespeare's love sonnets and was taken with how the language—every word combination, every line—drove like a locomotive. It got to me, the way Stevie Wonder gets to me.

The second person voice of the poems tows an indistinguishable line between rhetorical and instructional, inhabiting both the universal (in the “how to” cycle) and the very personal (for both the narrator and the reader). Who is Render written to?

Render hosts a protagonist, a 'you,' who wakes in a land s/he once belonged to but has since forgotten how to endure—as well as a narrator who issues advice about how to survive said world. The narrator sometimes gives trustworthy instructions and sometimes, not. The protagonist, then, is often required to learn the hard way. Who was Render written to? Probably me. I often need to learn the hard way.

Can you tell me more about your current project, this "purgatory set in West Texas"? The five poems published in the OA's spring issue (along with the one in Guernica's American South issue) indicate a shift in direction, voice, and perspective. The rawness of Renderremains—the focus on nature/animal imagery, too—but there's more bleakness here, a real sense of foreboding in these short dispatches. Is it just me?

No, it's not just you. These new poems are bleak. Render is dark, but its landscape is fecund. The foreboding of that book is created by an atmosphere heavy with consequence: how will the land's fertility be put to use?—and in service to what? But the purgatory is set in a place laid down by drought. I joke about it taking place in West Texas, but really that's the quickest way to get the point across: this is a story set in a space that exists between the rural and urban, the affable and unfriendly, the expansive and abandoned. Though the town seems well populated, no one touches anyone. No one listens.

I often think of this bit from Flannery O'Connor, which she wrote in response to a critique of A Good Man Is Hard To Find: "Our age not only does not have a very sharp eye for the almost imperceptible intrusions of grace, it no longer has much feeling for the nature of the violences which precede and follow them."

I'm curious about your process. How do you spend your days?

For me the writing life is much like any trade work: one part apprenticeship and one part practice. My days rock back and forth between these two modes. I read a book of poems. Take notes. I sink into the imaginative intelligence and write (listen, dictate). Edit. Research. Edit again. Of course, I have to grocery shop, write checks, make money so the checks won't bounce, mop the floors. But if it’s a good day, my mind is in the writing process even when my hands are in bleach.

You served as poetry editor for the summer issue, which features new work from Jericho Brown, Monica A. Hand, Tarfia Faizullah, and Ansel Elkins. Can you tell me about these diverse poets, and your feelings about the clime of poetry in the South today?

RGH: I’ve long loved OA, and I’m so happy to be working with you and Roger and the rest of the team. I think the 21st century has brought our country into a new age of regionalism—one marked by a bone-deep understanding of globalization. And I think Southern literature is uniquely positioned to witness this change. The people of the South know what it feels like to love a place despite its flaws. I think this is true, in part, because our landscape is marked by disaster. Robert Jackson has a good essay on this. Disasters like slavery. Katrina. The Era of Industrial Logging. Jim Crow. The labor wars. Factory farms. The unforgiving sun. We’ve known struggle, so we know ourselves. I’m from Kentucky. In Bluegrass music, we call it “the high lonesome sound;” it's a longing for the place you’re standing in, for what it is and what it almost was. I hear this same sound throughout Southern poetry.

A final question, in closing. You are soon to move from Lubbock, Texas, to the tip of Cape Cod. How about an elegy to Lubbock? What will you keep?

A buddy of mine said to me recently, “You can’t hide from God out here, can you?” And he’s right; I can’t—which is terrifying. And lucky. In its own strange way, the purgatory I’m writing is a long love poem to Lubbock County. So I’ll take the work with me, and its lessons. Other than that, as many Goya ginger beers as my car can hold and my Buddy Holly mono LP.

Maxwell George is the Oxford American’s deputy editor. He is from Charlotte, North Carolina, and lives in New York City.