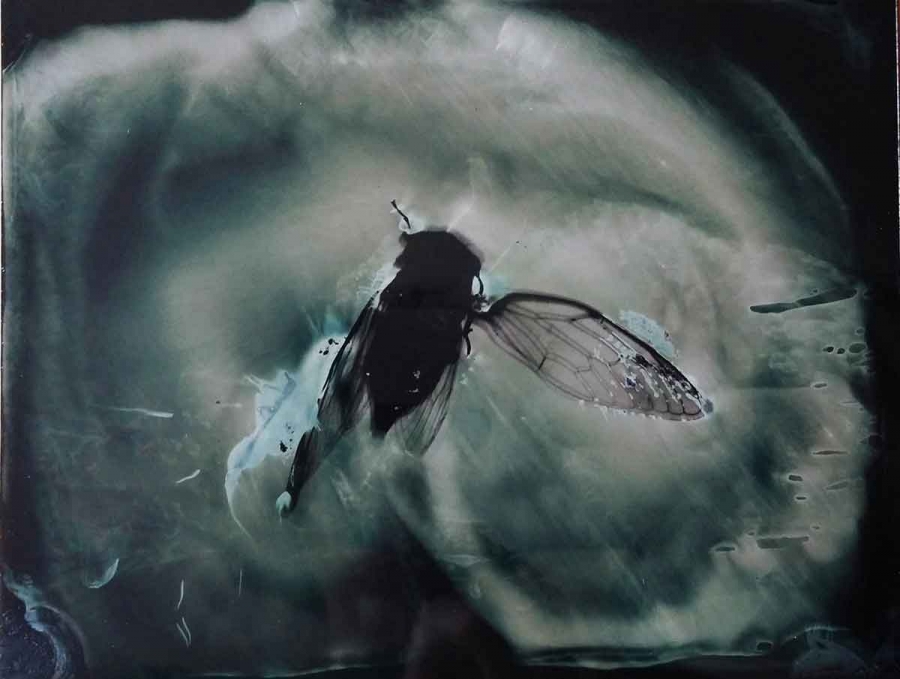 “I just have to ask,” says the woman in the box office of the Alabama Shakespeare Festival Theater in Montgomery, where I’ve been working for a handful of months, “What are you?”

I grew up in Midland, Texas, as the child of Muslim parents who immigrated to the U.S. from Bangladesh in the 1970s. I spoke Bangla with my parents, English at school. At the cafeteria lunch, I sawed through chicken fried steak smothered in cream gravy, then ate rice and lentils with my fingers for dinner. I went to an Episcopalian private school where we attended chapel daily. In the evenings, I knelt with my parents on prayer mats while the sun descended down into the branches of the oak trees overlooking the golf course in the suburbs where we lived.

In Midland, my young, beautiful mother and I shopped at the local Dillard’s to visit the glittery, perfume-laden makeup counters. I would watch blond-bouffanted women ignore her until it was clear she was willing to spend some serious bank on fancy powders and lipsticks. “Where are you from, honey?”they’d ask, sliding the receipt across the glass counter with a smile. “Your English is so good!”

“And your English is great!” she continues. “But really, where are you from?”

I won’t do it, I tell myself. I refuse to tell her my ethnicity unless she asks. “I was born in Brooklyn,” I say patiently, when “Texas” apparently isn’t the correct response.

In my early twenties I moved to Alabama because I fell in love with an economist who was a seventh-generation Texan with kind eyes and silky hair. He lived in Troy, a tiny town about forty minutes outside of Montgomery and a few hours from the coast of Florida. I was trying to escape the confusion that comes with being told what not to be. He waited tables at a steakhouse, and I worked at the theater and at a shoe store. I wrote poems, and he considered the radical nature of numbers. We became Waffle House regulars. I befriended a Moroccan girl. During Ramadan, we fasted together in solidarity.

She tries a few more no-but-where-are-you-REALLY-froms, then asks, “What’s your cultural heritage?” “Bangladeshi,” I say, relieved. She chortles, as though we have been playing a game of charades and she has just correctly interpreted my gestures. She exclaims: “I knew you were Middle Eastern!”

The Muslim Association of West Texas used to be in an office building on the south side of Midland beside a strip mall housing a 7-11 and what was once a Mrs. Baird’s Bakery. Every Sunday, I would dutifully but begrudgingly pull a scarf over my head and make my way to the entrance where I slipped off my sandals and added them to the growing mosaic of shoes in the front hall. After prayer, my friends Nadia, Layla, and I would bend our heads over Sunday School lessons at fold-out tables made of fake woodgrain. Nadia and Layla’s mom, Auntie Najja, was my mom’s best friend. Iraqi, she wore gorgeous, ornate rings on slender fingers and pronounced my name “Thorfia.” We recited Arabic passages from the Qur’an until the break, at which time we were given Southern Maid Doughnuts. We would eat them greedily, licking the glaze off our fingers.

It’s a slow day in the box office, so I decide I want to make a deeper connection, to learn to walk away from an interaction like this without rage. I swivel the computer screen around to show her where the Middle East is and, then, where Bangladesh is. I point to the corner of the state of Texas, to where Midland is. I tell her it’s flat and smells of petroleum. She nods, and I trace the borders of my different homelands, trying to show her the new shining thing I might be—informed by many places, beholden to none of them.

We eventually married, he and I, and returned to Texas before we moved to Richmond, Virginia, so I could go to graduate school at Virginia Commonwealth University. There, I would drive down Monument Avenue and take note of the still and silent statues of Confederate soldiers, immortalized with their swords outstretched, their horses’ hooves lifted. There, I would write poems about women raped in Bangladesh during the 1971 war. There, I would walk past Jefferson Davis’s grave, upon which there was always fresh flowers.

The next morning, on my drive from Troy to Montgomery, I stop at my regular gas station to buy my first 32-ounce Diet Coke of the day before I head to work. I’m still rubbing the sleep from my eyes when I hear the familiar voice. It’s the woman from the box office the day before. “Ohmygosh, Clyde!” she exclaims to her husband. “Look! It’s the gay Middle Eastern girl from yesterday!”

James Baldwin, a son of the Great Migration, wrote that “An identity is only questioned when it is menaced.”

The Poet Ai, born Florence Anthony in Texas, wrote, “People whose concept of themselves is largely dependent on their racial identity and superiority feel threatened by a multiracial person. The insistence that one must align oneself with this or that race is basically racist. And the notion that without a racial identity a person can’t have any identity perpetuates racism …”

Eventually, he and I ended our marriage, and I moved to Detroit. Contained within me, these even newer geographies. I live in a neighborhood with a strong Polish and Bangladeshi population. I eat chili cheese fries and write poems about the young Bangladeshi girls I teach. This, then, is what it means to me to be a poet of the New South: to wrestle with whether identity is a word to defend against or embrace, whether there is any language that allows me to locate myself within these borders, then cross them. To be informed by place, but not beholden. To fail, but with beauty, in my crossing. To be unafraid as I carry the newness of myself forward with its distinct histories—to honor the shine of each of the selves which make me, to honor the seams between.

Return to the Poetry in Place symposium.

THE TEXAS PLAYBOYS’ TAXONOMY OF FARTS

A Night at Hillbilly's

CRAZY TO LOOK IN THE EYE