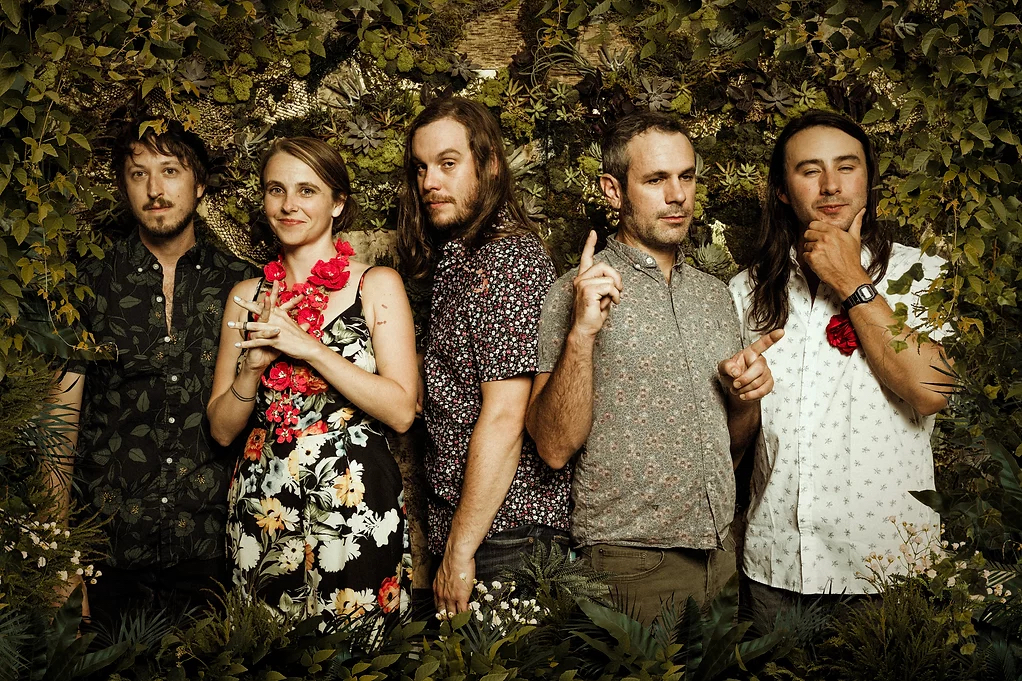 The Oxford American and Long Play Lounge East are excited to announce a live taping of the Oxford American’s Points South podcast set to take place Tuesday, September 6, 2022 at 8:00 pm Central Time. The intimate evening of music and conversation will be held at Long Play Lounge East (1910 E Cesar Chavez Street, Austin, TX 78702) and is free and open to the public. The 75-minute program will include Austin-based cosmic indie folk band The Deer. The Deer will perform several songs from their new album The Beautiful Undead, out September 9, while also being interviewed by and in conversation with Oxford American executive director and Points South host, Sara A. Lewis.

Seating is limited, and reservations are required. Visit the registration page here to ensure your attendance.

The event, part of a limited series of Points South Live productions that Oxford American is presenting throughout the United States in 2022, is meant to celebrate the work of this accomplished band, while offering deeper insight into their work and their forthcoming album. Portions of the performance and interview will become a future episode of the Points South podcast.

“If I could go back and give my younger self some advice, she may not even realize it’s her. But I would tell her to care for herself like she does for the world, to take a stand for what she believes in, and to be ready for it all to change,” says lyricist and frontwoman Grace Rowland in reference to “I Wouldn’t Recognize Me,” the lead single on The Beautiful Undead (out September 9, 2022 on the Keeled Scales label). The new album, the first of two recorded during the COVID-19 pandemic when concert touring became infeasible, is a rollicking collection reflecting upon what it means to lose your sense of purpose. The Deer, amidst turbulent assessment, transformed a paralyzing void into an empowering surrender of ego—an exuberant submission to the immense unpredictability of existing. Throughout the album, The Deer maintain the modern folk flutter and melodiousness they’re known for, but indulge a new sonic edge. Enlivened by multi-dimensional instrumentation—synths, fiddle, mandolin, electric and acoustic guitars, slide guitar, piano, upright bass, and even mellotron—The Deer’s full arrangements evolve their sound.

Unable to attend the event? Support the OA with a donation. Thank you!