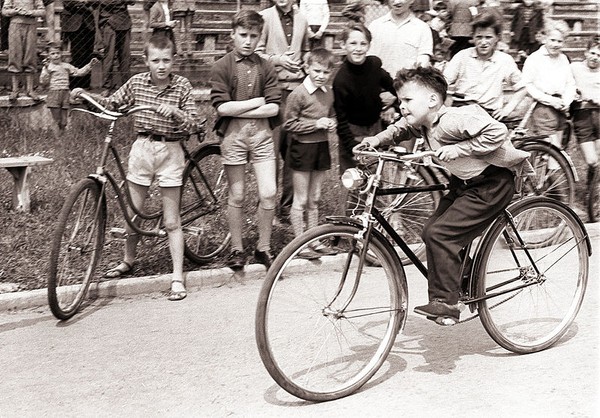 The road I grew up on was a strange enough place. It was an old gravel road on the side of a mountain with continental houses, which weren’t anything more than double-wide trailers built on a foundation. There were all kinds of folks who lived there too, like the Fingises, whose father worked for the railroad, and the Foxes, whose father was a coal miner with black lung, and the Boggesses, who were on welfare and whose mother I caught peeing in the front yard one morning on my way to the bus. There were the Bennets, and Old Woman McKenzie, and the Wails, and then there were the Angers, whose dad worked for The Fayette County Tree Company and who had a bumper sticker that said earth first, we’ll log the other planets next. The Angers lived in this run-down house painted baby blue with a giant praying Jesus in the front yard. One night I was there and I flipped the night light on and I saw cockroaches scurrying everywhere. I gave names to each of them. Poor little children.

One of the Anger boys, Derrick, used to always ride bikes with me, even though he was older. One day we got on our bikes and took off riding through the woods toward the old water tower. We rode over paths worn thin by deer and down logging roads, and popped wheelies in the ruts made by the giant truck tires. We rode up by the old mine shaft and back, and then we rode toward the big mud hole and tried to jump it. I took my shirt off and let the mud splash up on my little boy belly and thought to myself, this is the place where you can ride your bike without your shirt on.

This isn’t a place like Michigan, where I’d been the summer before, at my Uncle Leslie’s house, up the hillbilly highway, where all the kids gathered around and listened to me talk and started laughing, “He’s a hick. Listen to how he talks. He’s a hillbilly. You need subtitles to understand him.” I cried not knowing what they meant.

But this wasn’t that place. This was a place where no one cared how I talked my country talk or spelled my country words because they talked country talk too. So I rode down the dirt road on a broken bike without my shirt on and felt unwanted and apart as I popped a kick-ass wheelie in the air. And O if I could only tell you how beautiful it feels to be a twelve-year-old boy, unwanted and alone in the world, and have your shirt off, riding your bike in the mountains.

After riding, Derrick and I went back to his house and watched his dad, Frank, getting ready to skin a deer. The deer was all hung up on the clothesline post with a telephone cord wrapped around its neck. And Frank was there in front of us kids, smoking his cigarettes and grinning his no tooth grin. He had these light blue tattoos up and down his arms. I don’t know if Frank had ever done time before, but I knew his brother had been shot while robbing a store with my uncle. So Frank had all these tattoos and I stood looking at them. There was one of a giant blue, jagged cross, one was the death date of his mother, another of a naked woman with big old boobs, and then one on his forearm I couldn’t quite read. But I guess he could tell I wanted to know what it said, so he just turned it over, traced its blue outline with his greasy, green fingernail, and he let me look at it.

It said: Born to Lose.

Frank laughed as he smoked his cigarette and turned back to skinning the deer.

You should have seen this poor deer with its dead black eyes and its tongue sticking out of its mouth like it wasn’t dead but drunk or doing a funny deer face. Frank stood in front of us, took out the hunting knife he always kept on his belt in his hunting knife holster, and started gutting it.

He took the knife, put it in the crotch, and started ripping through the stomach muscles, all the way up to the deer’s rib cage. Frank took his knife and wiggled it around, and all the blood and guts started falling out of the dead deer going smack against the ground like wet rags. Frank had one of those watches with the elastic wristband you could slip on and off. Frank put down his knife and reached up into the deer carcass with both arms, pulling out parts until he was bloody up past the elbows. He reached in the deer again and when he pulled his arms out this time his watch was missing.

Frank laughed and reached back into the open deer cavity and felt around with his bloody arms, but he couldn’t find the watch. He giggled and kept reaching inside the deer, feeling around inside its rib cage, and looking down at all the intestines, but the watch wasn’t there. He flicked his cigarette onto the ground and said, “Maybe it’s in the guts.”

Frank picked up a stick and started messing around with them as they steamed. He stirred the stick around. There wasn’t any watch. Derrick and I bent down and looked through the deer guts too. There wasn’t any watch. Frank checked the deer again, shook it all hollow on the clothesline, and nothing fell out. He finished butchering the deer and filleting out the meat. He even let the guts sit out for a couple more weeks.

He let them rot and he found no watch. And even to this day twenty years later, the watch still has yet to be found.

Frank brought home all kinds of animals from working in the woods. He was always bringing home a duck, or a squirrel, or a rattlesnake, or a groundhog. One day he brought home a box. Derrick took the top off, and we all gathered around and looked down at what was there. It was a groundhog glaring up at us, snarling and looking meaner than hell. Derrick took his finger and said, “Watch this.” Then he flicked the groundhog’s testicles like he was flipping his sister Sissy’s ear.

This wasn’t as good as the time Frank brought home a baby flying squirrel he found in a nest in a tree. We sat around for weeks watching it grow in its shoebox nest. Then one day we took it outside to the Anger’s junk-filled backyard. I went down to one end of the yard, stood beside an overturned milk crate, and Derrick stood up on top of the porch of this old plywood outbuilding they had propped up on crooked cinder blocks. He held the flying squirrel up high in the air, and the flying squirrel took off from his hand, and then it was flying so slow through the air on its little flying squirrel flaps until it wasn’t like it was a flying squirrel anymore but a ghost of some sort, before it landed soft on my shoulder and just rested there. Sadly, the flying squirrel fell in love with the Angers’s La-Z-Boy recliner a couple of days later and got up in the metal spring coils. No one realized it until Derrick’s brother, Gay Walter, sat down, and the poor flying squirrel was crushed. This was still weeks away.

So we put the flying squirrel back into its shoebox nest and took off on our bikes. We rode up the potholed gravel road, and then back on the muddy back roads, jumped ramps at the dirt pile, and then took off riding toward the water tower before the sun went down and Derrick went inside.

I stayed out after the sun went down and the mountain sky became purple. I went to the side of the mountain road behind our house and plopped my bike down. There was an old hill there, clear-cut and cleaned off by an old timber company, and it made a nice place for sitting and looking out over the valley and Rainelle. I looked out over the continentals on the street below me and in these houses were people walking around in the lights they had just turned on. I sat and felt so lonely because I was only one person and couldn’t be each of them. I sat in the purple light and looked down at Kroger, where the light was shining over Rainelle, and listened to the coal trucks and the logging trucks zipping through town on Route 60. This is the place I’m from. This is a place like no other. This is an outer space Mars called Appalachia.

I looked up and I saw spaceships returning.

I sat on the side of the hill, surrounded by the mountains, which in the summer look like they are made of cauliflower painted green, and in the winter are white with snow and dark purple or dull gray without. I sat and looked over shining Rainelle and had no idea that this was going to be the place where I found out what it was like to die. This would be the place where all of the joy of the world would come to me and where I’d fall in love with my life.

I looked at the dark mountains, and I heard my mother calling me home.

And I asked myself a question I’ve been asking ever since, but haven’t been able to answer. I asked myself whether the mountains are just graves full of dead skeletons or whether they are pregnant bellies popping full of life. And sometimes, I think to myself that the mountains look like graves, and then at other times I say, no, they’re not graves, but pregnant bellies, full of babies waiting to be born.

Who the fuck knows?

Scott McClanahan is the author of Stories V! and The Collected Works of Scott McClanahan, Volume 1. His books Crapalachia and Hill William will be published by Two Dollar Radio and Tyrant Books, respectively, in 2013. He is a co-partner of the company Holler Presents.