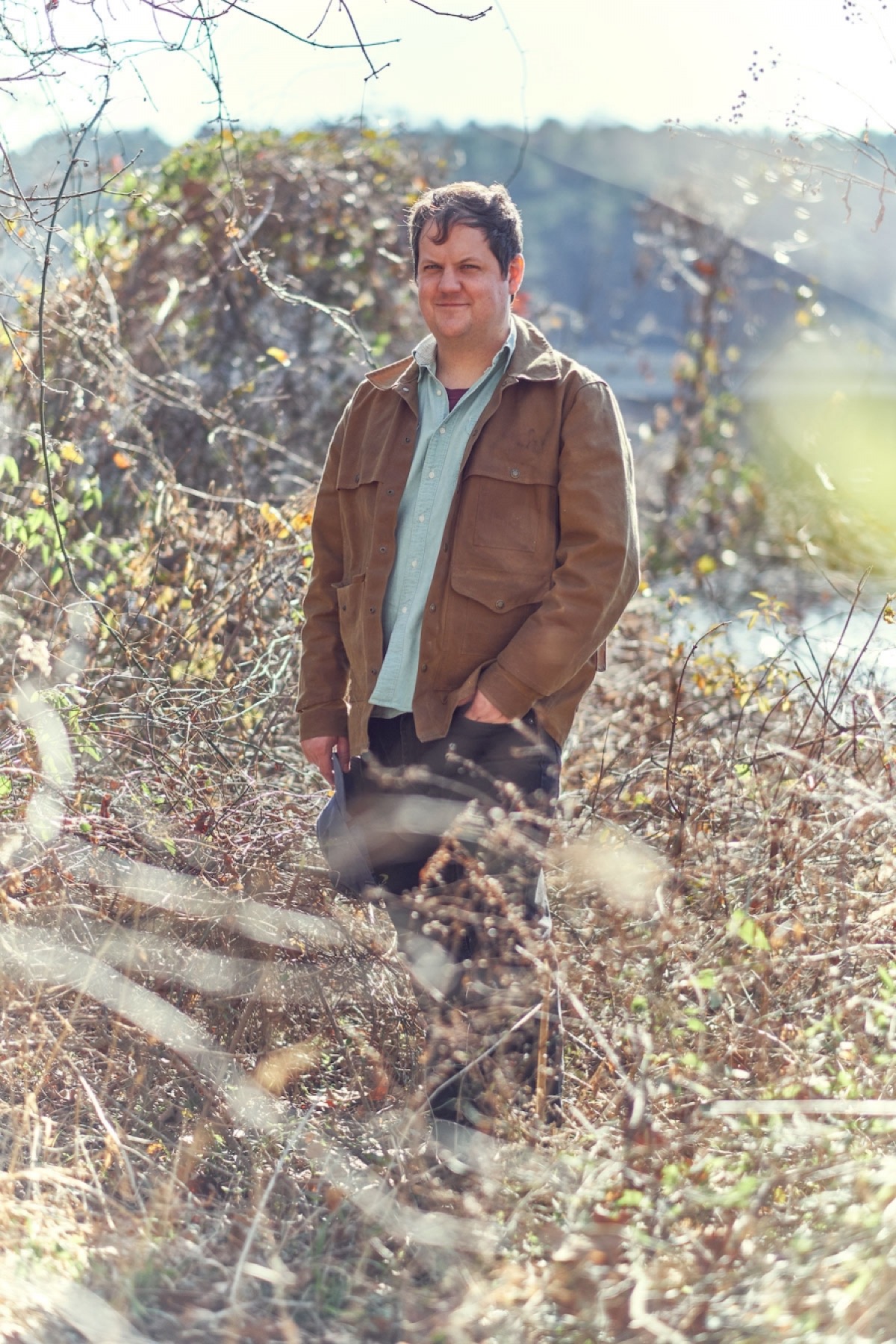 A conversation with Jake Xerxes Fussell

“The Bells of Rhymney” began as adaptation. Idris Davies, a Depression-era Welsh poet, used an old nursery rhyme, “Oranges and Lemons,” to give his political laments a cutting veneer of innocence: “Who made the mine owner? / Say the black bells of Rhondda / And who robbed the miner? / Cry the grim bells of Blaina.” Then Pete Seeger found it, supposedly in an essay by Dylan Thomas. In his vigor for the downtrodden, Seeger put it to music. The Byrds, in their vigor for playing Pete Seeger songs, took up the mantle after that. And on it spread, hitting a low point with a Cher version, and, eventually, coming to Jake Xerxes Fussell.

The Georgia-bred, North Carolina-based singer and guitarist includes the song on his second album, What In The Natural World, out today from Paradise of Bachelors. It is a fitting choice. Fussell, whose take on the Sea Island song “Raggy Levy” (from his self-titled 2015 debut) appeared on the Oxford American’s 2015 Georgia Music Issue CD, is especially attuned to the variegated history of his music. Both of his albums include syllabus-like sourcing notes. You can lose an afternoon tracing influences, watching grainy YouTube videos of Child ballads and jug bands.

While some have called Fussell’s music “atmospheric,” the descriptor misses his historical grounding; on the flipside, any implication of ‘root’ overlooks the ease and freeness of his sound. The image of a river, featured on both of his albums’ covers, is well suited—the history of each song selection, like tributaries, flow into the main waterway, feeding a powerful current of evolution and exchange. And here is Jake Xerxes Fussell, floating down that river, strumming away.

Recently, I spoke with Fussell about how he chooses his songs, the cobbled together nature of “Bells of Rhymney,” and gospel guitar.

What is your thought process when you’re trying to take a song and make it your own?

Well, you know, it’s a pretty intuitive process. The main thing is, even initially before I even start working with a song, I’m pretty picky about what sort of songs I use. Then it’s really just a matter of drawing out aspects that I think I can work with.

With “Bells of Rhymney” I was already aware of Pete Seeger’s version of that song, but it also sorted of sounded like a gospel song. I lived in Mississippi for about ten years and several years before I left I was playing music a lot with this guy Reverend John Wilkins (who is a Memphis-based Gospel musician). His father is Robert Wilkins, who recorded back in the twenties as a blues singer and later as a gospel musician. So I had to really familiarize myself with that sort of “guitar evangelism.” The approach that I’m using in “Bells of Rhymney” is straight out of that idiom.

“Bells of Rhymney” is a song that takes from all different kinds of traditions, too.

To me, that’s one of the exciting things about using a song like “Bells of Rhymney.” It seems like a weird hodgepodge of things, but actually in my experience that’s sort of typical of when you start looking closer at traditional songs—how they evolve.

There’s never really a stasis to these songs. Things are always changing—whether they’re changing melodically or with their structure or rhythmically or who’s playing them or how they function within a given situation. Like, who’s playing them and why they’re playing them: Are they accompanying work or are they putting a child to sleep? Or is it a game or is it something serious? The more we start looking at traditional song it’s hard to say is this a serious song or is this a funny song.

Maybe I’m attracted to some part of that ambivalence or ambiguity. It’s hard to say what a song is after a while, it’s been through so many lives and incarnations. Is it a gospel song? Is it a nursery rhyme? I don’t know. Alan Lomax talked about that, about how songs had these lives over many generations. There’s a lot of stuff that’s both and neither at the same time. I think this might be one of those songs.

And so then you started hodgepodge-ing it together. You’ve got the Pete Seeger version, you’ve got your gospel guitar, and you start playing it that way and figured it out from there?

The gospel guitar stuff, I actually knew some of that when I first started playing with Reverend Wilkins. I was already somewhat familiar with that style of playing because I played with Precious Bryant. She and her sisters used to play in a gospel group called The Bussey Sisters. So I learned some of those riffs from Precious really. Like bar chords that are a little different and a lot of minor chords and stuff that you don’t really play in blues too much. It’s sort of a different style of guitar playing.  That just seemed like a sort of natural transition to what I had with “Bells of Rhymney” because it kind of seems like a gospel tune.

How do you feel you fit into that relationship of interpretation and innovation within this genre of music?

Well, I’m just link in the chain. I don’t really see myself as being all that different. I’m just trying to serve the song.

I’m pretty picky about what songs I do sing. I don’t just sing any old song. Like “Wayfaring Stranger” or something like that, and then they’re going to put a hip-hop beat on that. That kind of cleverness isn’t interesting to me at all—taking two things that seem like they’re really far apart and throwing them together and, look, you’ve got this new amalgamation. That’s not what I’m in it for. I’m trying to draw something out of a song that I think I can by singing it.

Your album doesn’t sound like a lot of folk reinterpretation albums. Your songs have a layered texture—they almost sound like memories.

To me, it goes back to the song. How can the song be serviced well by what I’m doing? There’s got to be some emotional element that I’m attracted to in the song in order for me to be able to sing it. If that’s not there, I’m not just gonna pick some song and be like, “I gotta inhabit this feeling now.” The feeling has to precede singing the thing.

And you can find that element in songs as diverse as a Welsh poem set to Pete Seeger music, all the way to the tune included in the Oxford American’s Georgia Music Issue, “Raggy Levy,” which is Gullah music.

Yeah, exactly. I would never work if somebody were to pick a bunch of songs for me and said, “You should cover these.” There has to be something in there. If I’m walking around humming it throughout the day then it’s going to lead to something.

Jacob Rosenberg is a reporter from Greensboro, North Carolina. He has written for the Guardian, Mother Jones, and the Arkansas Times, among other publications.