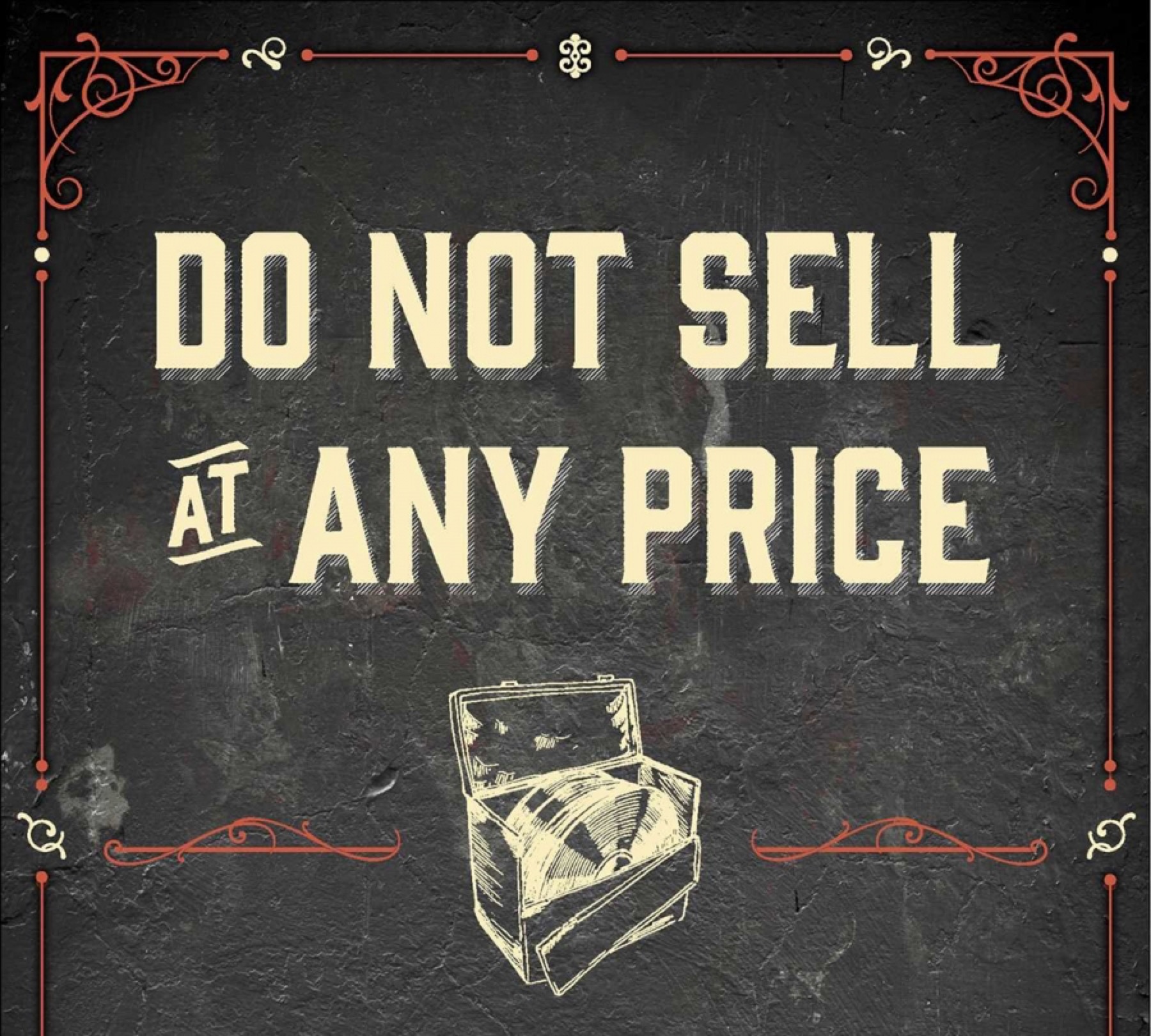 Though most 78 collectors share a dissatisfaction with contemporary culture, they have made an outsized contribution to it. The reputations of some artists regarded as American music titans rest entirely on the dumpster diving, door-to-door digging discoveries of these audio archaeologists who rescued Blind Lemon Jefferson, Charley Patton, and Skip James from the brink of oblivion. Petrusich intertwines the stories of how collectors build their vast and varied holdings with how the canon of old time American music has been created out of salvaged 78s, all the while sharing the rich histories of colorful performers and eccentric personalities.

She begins her descent into this madness as a curious reporter, accompanying collectors to a listening party, an auction, and a mega flea market. Petrusich sees their world from the outside, offering incisive and unromantic observations. Collecting, Petrusich writes, provides enthusiasts with “a functional way of rebelling against mainstream culture.” A New York-based collector named John Heneghan “was also convinced that . . . having interesting stuff around made him a more interesting person.”

Among the collectors, there is fraternity, suspicion, and trade—and they seem to relish their cranky outcast roles, while not altogether rejecting external validation. They do, after all, spend time talking to Petrusich, though not without throwing her a few discouraging barbs should anyone who reads about them wish to join their club. “There has to be something really wrong with you to want to posses these objects in the first place,” says Heneghan. About the idea of beginning to assemble a world-class 78 collection today, John Tefteller remarks, “I don’t know how you could do that, even if you had millions of dollars to spend.” With the coveted items so few and far-flung, and expertise in the field hard-earned, this is a world without a map.

One of the joys of reading this book is observing how the hunt for rare records draws the author into the obsessive-collector frame of mind. Petrusich finds that she loves the smell and feeling of old shellac, the thrill of making—or narrowly missing—a discovery and, most of all, the experience of listening to 78s. “I wanted to curl up inside that record,” she writes, of hearing “Big Leg Blues” by Mississippi John Hurt. “I wanted to inhabit it. Then I wanted it to inhabit me: I wanted to crack it into bits and use them as bones.”

As the madness overtakes her, Petrusich goes Jane Goodall in a gorilla suit as she scuba dives in the rapid and murky Milwaukee River, searching for buried treasure. Collector legend has it that employees of Paramount Records in Grafton, Wisconsin—perhaps the most sought-after imprint today (the company recorded Ma Rainey, Blind Lemon Jefferson, Blind Blake, and Delta blues heroes Charlie Patton, Son House, and Willie Brown)—used to fling 78s from the factory into the Milwaukie like frisbees.

Despite her deepening commitment to the records, Petrusich never loses perspective on the story. She conveys the allure of collecting by discovering on her own the thrills that sustain collectors. There is a faint bittersweetness to collector philosophy, as if there’s not just ancient music at stake, but a fading, though fundamentally human feeling cut into those old grooves. “It’s a fidelity thing and it’s also an aura, an intangible,” says collector Christopher King. “I’m one of those people who don’t think there’s much that is inexplicable, but this is one of the things that I would say is inexplicable.”

Most of all, it’s the music that draws people like Christopher King and John Tefteller into their frustrating and expensive pursuits. You catch the collectors’ passion by listening with them, sitting in Joe Bussard’s basement—a bunker as legendary among old-time music preservationists as J. Edgar Hoover’s basement is to conspiracy wackos—watching the music possess the man’s being. “He stuck his tongue out, squeezed his eyes shut, and bounced in his seat, waving his arms around like a weathervane shaking in a windstorm,” Petrusich writes. “At times it was as if he could not physically stand how beautiful music is. It set him on fire, animated every cell.”

A great sense of mystery pervades the wild, obsessive hunt, a reckoning with the truth that what we know is what we have, but that may not be all of it. That yearning for discovery drives this historically valuable madness and this terrific book. After all, a lost masterpiece might be collecting cobwebs in the next flea market stall, and maybe the real king of the Delta blues is still buried in the silt of the Milwaukie River.

Read an excerpt from Do Not Sell At Any Price in our Summer 2014 issue.

Preston Lauterbach is the author of The Chitlin' Circuit and Beale Streat Dynasty: Sex, Song, and the Struggle for the Soul of Memphis, to be published by W.W. Norton in April 2015.