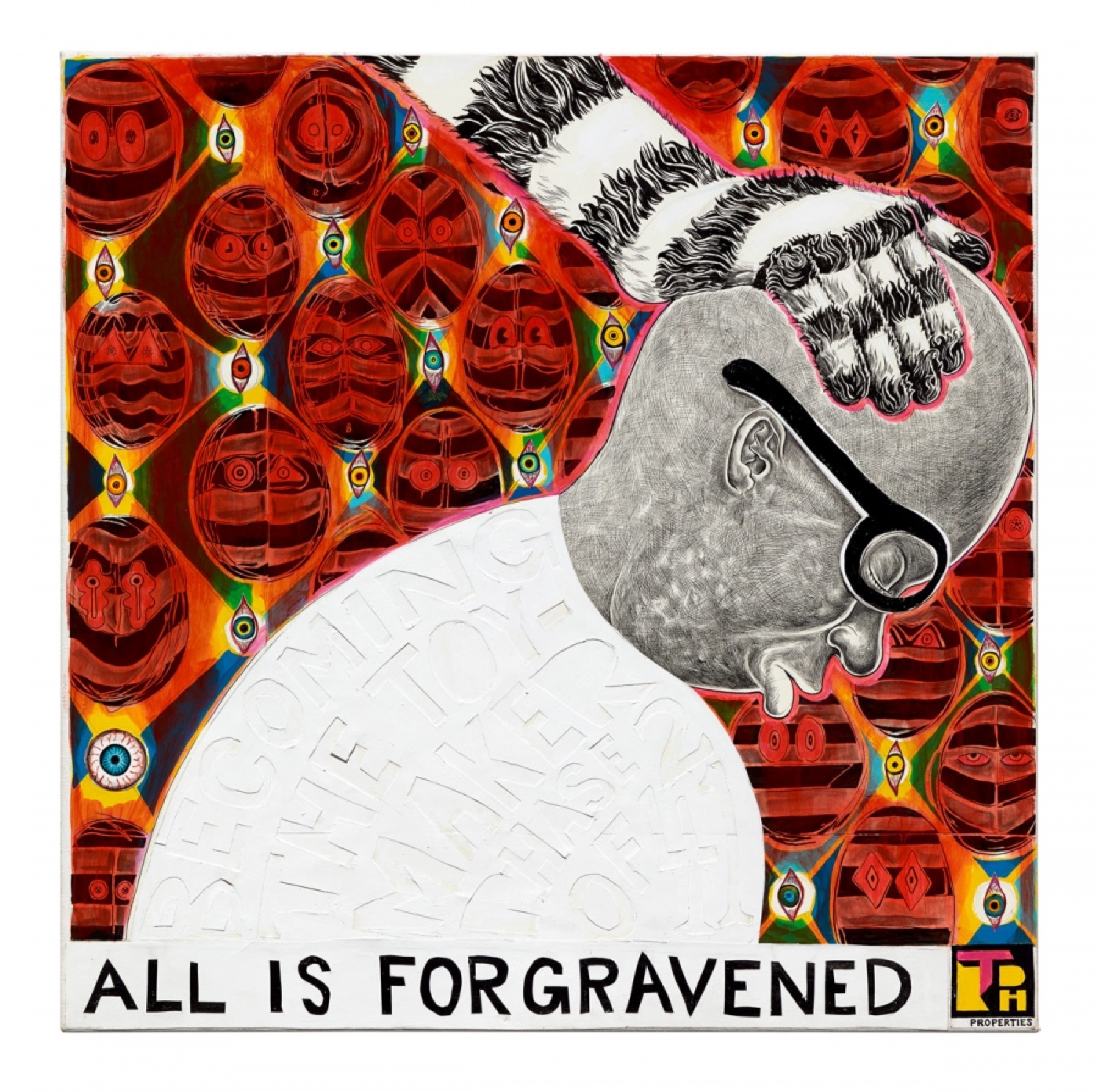 “All is Forgravened” by Trenton Doyle Hancock. Courtesy of the artist and Shulamit Nazarian, Los Angeles

WHAT IS A MOUND?

More from the world of Trenton Doyle Hancock

Much of his work has followed the denizens of his alternate reality called “The Moundverse,” where beastly, beautiful Mounds are often attacked by skeletal, sadistic Vegans. There’s a goddess figure named Undom Endgle, who represents the power of Black women as “bringers of color and light,” and TorpedoBoy, a heroic figure in razor-covered cleats. Hancock employs a constantly shifting aesthetic that suggests he can create literally anything. Depending on the piece, Hancock’s work recalls the original Afro-Cubists who inspired Picasso as well as the visual styles of John T. Scott, Kerry James Marshall, Jack Kirby, R. Crumb, Harvey Pekar, John Kricfalusi, Hanna-Barbera, Garbage Pail Kids, Hieronymus Bosch, and many, many others. However, more than anything, Hancock’s art reminds me of itself. The work is ecstatic, dense, and self-referential; much of the artist’s oeuvre incorporates bottle caps and other ephemera from his childhood.

Hancock’s universe is so detailed and varied that we had trouble narrowing our selection to just the five pieces we published in the Spring issue. Here, enjoy more of the Austin-based artist’s work, an example of what the New Yorker once described as his “boisterous mythologies.”

Hancock’s work is on view at The Menil Collection in Houston through May 19, 2019, and at MASS MoCA in North Adams, Massachusetts, until March 1, 2020.