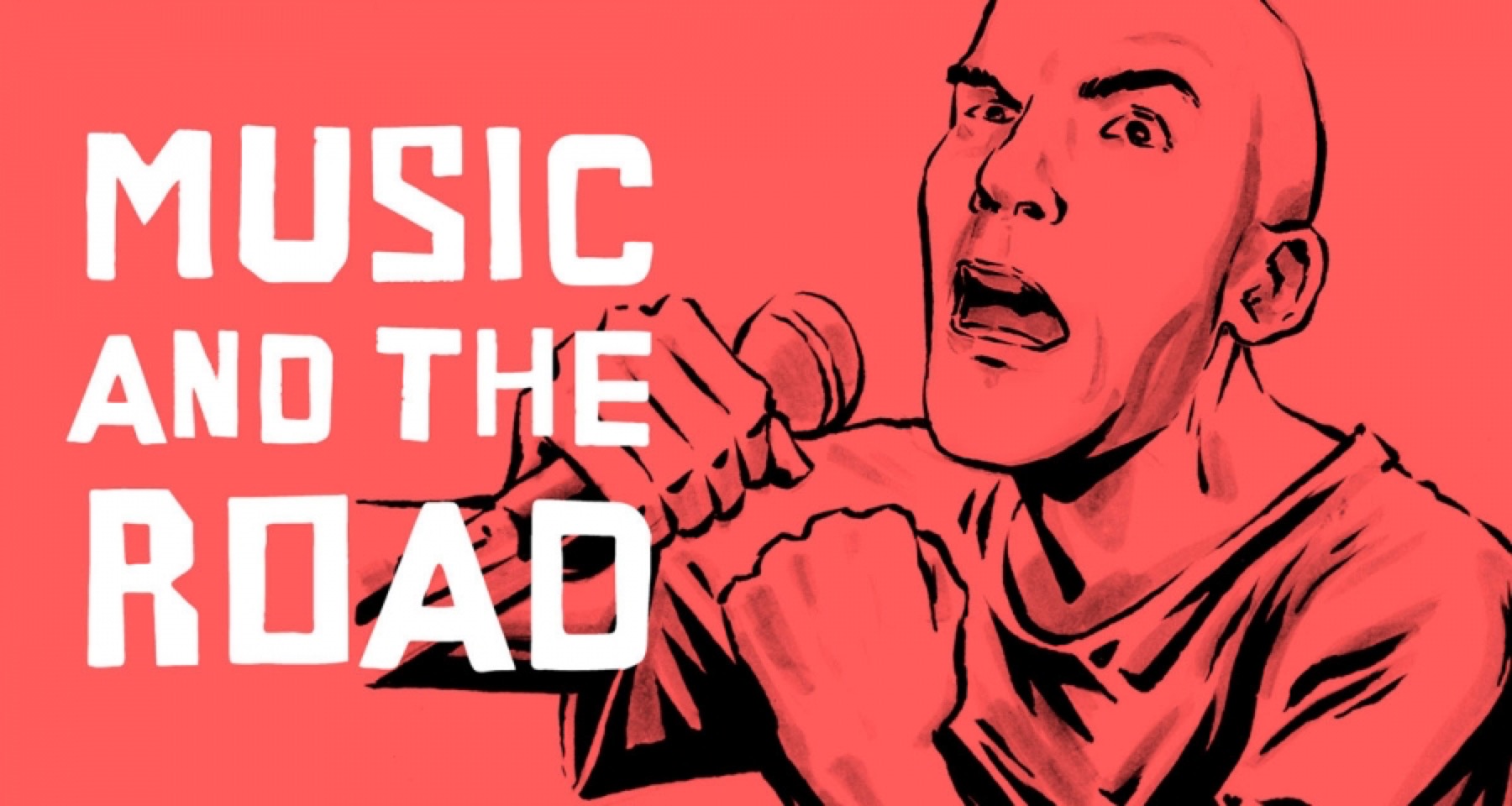 The Sound of One Head Exploding

drive a minivan an average of three hours a day in increments of about thirty minutes each, to and from various schools, athletic practices, and job interviews. The bumper and back hatch identify my affiliations and identities with magnets and stickers lined in an even row. I tightly manage the theme of these labels, which should say “sporty” and “dad”: running signs, track and field signs, cross-country signs, soccer stickers. Also: I am from the D.C. metro area, and so I have a magnet cut out of the Maryland state flag in the shape of a crab, though I’ve lived in North Carolina longer than anywhere else.

At fifty, these are the things I have left that are just mine, now that I am on my own: driving and running. In the van I wear earbuds, which I think is illegal, and try to mellow out. I’ll add music to the list: driving, running, and music while driving. That’s what I’m down to.

I am angry. I am sad. I cry. I shout. I don’t understand. I am good about not expressing any of it with the van, especially when I have my daughters with me. I’m a model driver—no, please, you first! But when I’m alone I listen to the sound of a head exploding and, by some magic of sympathetic resonance, I experience the relief of it for myself. I know what it feels like when the pressure valve works, briefly.

The head I’m talking about explodes on Minor Threat’s 1983 record Out of Step, which on vinyl featured a drawing of a fucking herd of white sheep and one black sheep making a run for it in the opposite direction. The back of the slipcase was completely black. I have the album on my phone now, and have listened to the beginning of track six, “No Reason,” several hundred times this year. At the thirty-three-second mark I feel the release of one head exploding and my own head feels lighter, just a little. And then a little more the next time.

Ian MacKaye’s shaved head was beautiful in its scary and goofy way. If you grew up in the DC area in the early 1980s, it was possible to catch the band at the Wilson Center downtown, and watch MacKaye’s head explode fairly regularly. DC hardcore (harDCore, ha ha) had turned its back on pretentious, CBGB-and Lester Bangs–approved New York hardcore and had embraced the chaos, pranksterism, and violence of SoCal punk. But DC is not Southern California—we had rules and suits, and everything real and honest seemed deeply buried, from the Pentagon to Capitol Hill and all the way down Connecticut Avenue. Our parents had jobs with security clearances. Reagan was a terrifying sphinx. No one said anything straight. If Daddy’s head ever felt like exploding you didn’t see it, he just screwed it down tight and white-knuckled a death lock on his briefcase. DC punk married these two urges, both of them violences: the urge to flip out; the urge to keep it deep under cover, preferably locked.

“So you hate me,” MacKaye shouts on “No Reason” in his nearly unintelligible vocals:

That’s the way it goes
What the fuck?
I guess I’ll never know
If it makes you feel better
Then I guess it’s just as good
You know I’ll never accept it
’Cause I never thought you could

Then a quick guitar breakdown, just a couple of measures, during which when they played the song, MacKaye stood in place and vibrated, I kid you not: vibrated like he was beginning a grand mal. He’d have the microphone in both hands as if he couldn’t shake it loose, and when the guitar hit its last chord his whole body convulsed backward and up at the same time. In performance he became possessed and not in control of his elbows and knees and head. He was a whirligig in a high wind. And why not? Here was the boy, barely twenty, who had accidentally launched the straight-edge scene by describing his own aversion to recreational drugs on the first Minor Threat record, which he elaborated to include sex, alcohol, and golf on the next one. This—putting his personal eruption of frustration and sadness and anger into music—was his release. Thirty-three seconds into “No Reason” he briefly lets off the pressure, and it sounds like this:

Just like that, and of course it’s perfect, honest, unplanned, and possibly not even coming out of his mouth but out of the top of his head.

In the van, I listen for the nyuh. I crave it. I don’t drink or smoke or use drugs either, not because I haven’t or don’t want to, but quite the opposite. I am alone almost all the time. I am fifty years old. In the van, though, I am not alone. The boy sits next to me. Not MacKaye; damn, no one could be that guy. I mean the boy I was, in that audience, for whom I never intended this kind of life, and to whom I owe a great apology. A hurt and confused boy who still trusted. Together, down among the commuters, he sits beside me and I say I’m sorry and we shout.

Duncan Murrell is a writer, a contributing editor for the Oxford American and Harper’s Magazine, and a track and field coach. He lives in Pittsboro, North Carolina.