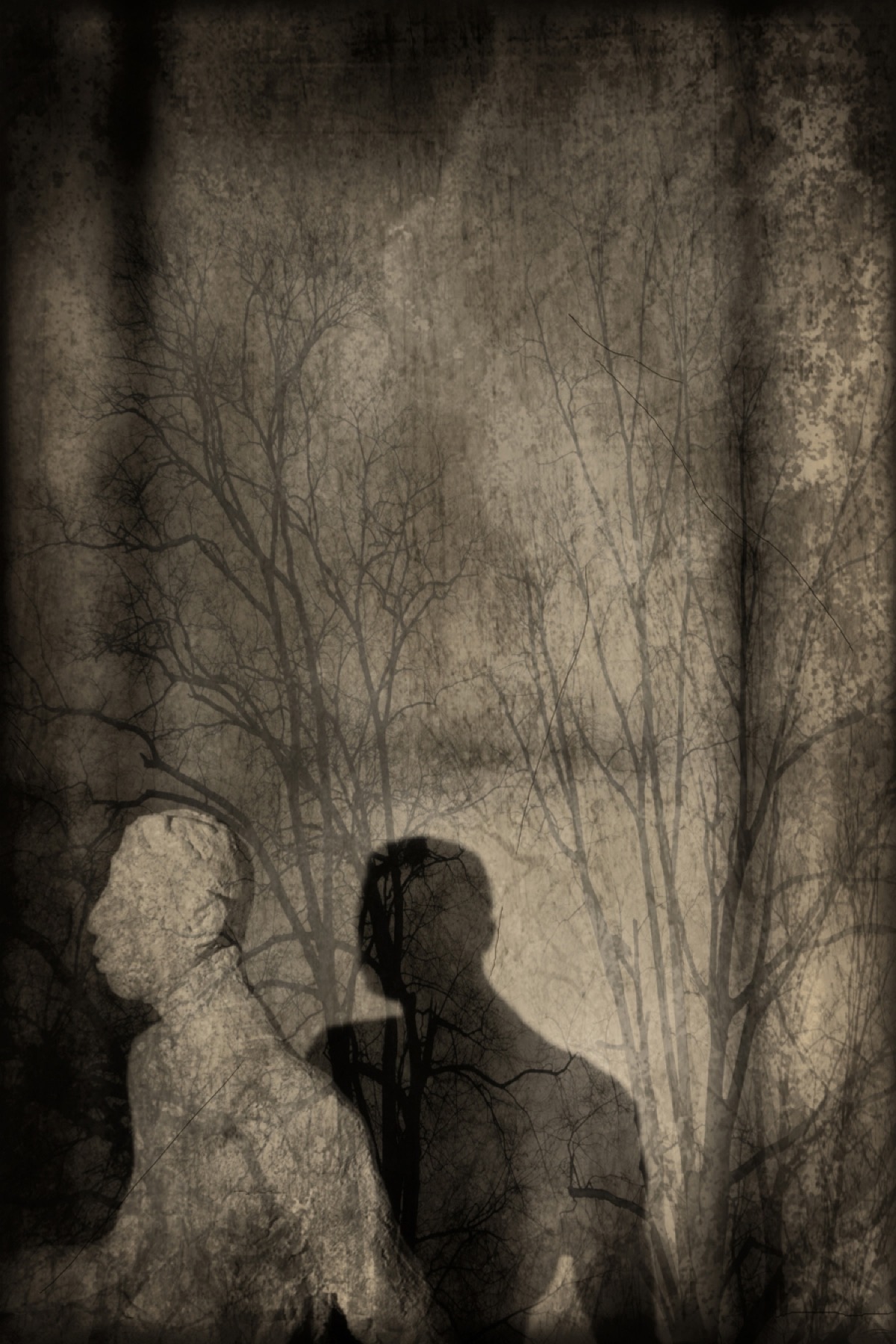 Their leaving was a song. It was a bright morning star, a dawn unlike other dawns. They’d decided to go, months ago, and now there was no turning back. Truth is, there’d been no other option. They’d been told that money grows on trees in Arkansas and other lands west, and they’d believed it. Well, they hadn’t believed it, but they’d wanted to. Hoped it could be true. Prayed it might be true. So they’d come. Young then—younger then—and full of dreams. Now they knew the truth.

Anthony and Sarah Swint had five children. The oldest, a boy, Charles, was 19 now, and though almost a man, he wasn’t yet a man, so he would come. The others, Gracie Mae, 17, Lawrence Edward, 15, Tullie Jean, 12, and Stump, 9, had no choice. They would come. They wouldn’t have stayed anyway.

The instructions were simple: Bring only what you can carry. And leave nothing behind. This amounted to a change of clothes and perhaps a memento. Tullie Jean brought a wooden doll her father had carved for her in the winter of 1876. It had been bitter cold that day—too cold to do anything else—so he’d sat before the woodstove and played with his pocketknife and a block of wood until it took shape and came to life. No one knew he possessed such meticulous skill. The other children marveled, privately wanting their own father-carved thing. And perhaps they would’ve gotten it had they not had to go.

The night before their departure, they gathered in the small living room in a circle so tight even light couldn’t penetrate and said prayers for their journey. This won’t be easy, Anthony said. Sarah replied quickly, Could it be worse than this? The children said nothing. The decision had been made. They would leave and never come back.

Clarity came the morning Anthony and Old Man Cephus found Arby. They’d been out looking for muscadines, people said, and something dripped—like a child’s worrisome, tapping finger—onto Old Man Cephus’s right shoulder. When he touched it, his fingers returned burgundy wet. Only then did he inquire upward and behold his granddaughter Arbella’s swaying form and bulging eyes. Anthony said Cephus bellowed like a sick bull. Said he practically had to carry him home. Never heard a man wail that way. Moaned the way Miss Bertha’s old milk cow moaned when she got twisted up in barbed wire. Moaned like Ellie Stephens moans when the Holy Ghost just won’t leave her alone. Moaned like Casper Cunningham when he buried his wife and two sons—all on the same day. A girl? people said. They hang girls, too? Folks shook heavy heads. She was the prettiest girl around. Everyone had wondered what boy would get Arby Johnson, and now they knew.

After her funeral—it rained so bad folks said God wept along—people returned from the cemetery into the sanctuary and waited. Something had to be done. There was no time to lose, no time to waste on mourning.

Arbella’s parents, Henry and Isabel Johnson, sat in stoic dismay. Too traumatized to grieve, they let Old Man Cephus do the talking.

“This place ain’t never gon’ be no betta. Can’t be. Anybody what’ll do that to a girl child ain’t fit to live. Die neither.”

“Amen,” some grumbled. Most had been unsure of the notion, but now there was no doubt.

“Be ready next Sad’day. Take only what you can carry. But leave nothin’ behind. Nothin’.”

Someone asked about their land, who would get it in their absence. Old Man Cephus said let it go. Simple as that. Just walk off and leave it. Whoever wants it can have it. Someone else asked about the dead, what it meant to leave the ancestors. Old Man Cephus roared, “We ain’t leavin’ them behind! They comin’ with us! Earth can have their body, but we takin’ their spirit.” That closed the matter. Only other question was how they’d travel and who would pay.

“Every man raise yo’ hand if you got fare for yo’self and yo’ family.” Two hands lifted uneasily. Others looked around.

“Okay. All right. This is what we gon’ do.” Henry looked at his father and began to cry. Old Man Cephus had never been much of a talker, but now he was. “Most us got a li’l put aside for the future, but ain’t gon’ be no future if we don’t help one another.” Reluctance twisted mouths and raised brows. “We ain’t leavin’ nobody behind. Not nobody.” Folks agreed. “So if you can spare somethin’ to help a child get on the train, I want you to do it. We gon’ create a future once we get there.” They nodded. Most were afraid of where they were going, but they were more afraid of where they were. “Joe Walker, you take up the money.” He’d been the church treasurer without incident, so people trusted him. He consented quickly. “Go house to house this week until you get enough to pay everybody’s fare. Don’t leave nobody out.”

“And ain’t no turnin’ back. We done made up our minds. This is the last meetin’.”

There were no objections, no more questions, no hesitation. Only uncertainty of a life unimaginable. Upon first hearing of the plan, few thought the notion plausible. They even chuckled as Old Man Cephus explained what would become their destiny.

“There’s land there. And freedom,” he said.

Still, the idea baffled. Who’d ever thought of returning to Africa? And wasn’t there an ocean in between? They’d heard of the place as home, but they’d never been there. And would Africans want them back? Hadn’t they, the descendants of slaves, been spoiled, ruined, tainted with white folks’ blood? And what about their lives here? They’d made a living—a living! Yes, it had been hard, but it had been theirs. Yet after being cheated for their labor, threatened into silence, raped, lynched, and burnt out, Negroes in Conway County, Arkansas, concluded that their dream hadn’t been worth the price.

It was a still, silent week. No visitations, no frivolous conversations. People stared into the wind and waited. No need remembering or longing for good times. They hadn’t come often enough anyway. For some, not at all. Just struggle and death. No one had told them they wouldn’t be welcomed in Arkansas Territory. They’d simply said there was land. And opportunity. If someone had confessed that Hatred pranced about in overalls and straw hats, bonnets and parasols, perhaps Negroes wouldn’t have come. But they hadn’t looked for Hatred. They’d sought only progress, and when they didn’t find it, they’d settled for a living. Now, with that living threatened, they had no choice but to go.

The Swints were last to surrender. Anthony had been born on the place, as had his father and grandfather. His great-grandfather, Wilson, had bought four hundred acres deep in the woods near a large creek that poured into the Arkansas River. The land was dark and fertile, and grew thick boughs of fluffy, white cotton. Only when it rained did things turn dismal. Water rose as if poured into a basin, leaving the Swints scrabbling for higher ground. Other than that, which was most of the time, the land was their keeper. It yielded tomatoes, peas, beans, corn, okra, greens, and squash in spring and summer, and potatoes, peanuts, rutabagas, and beets in the fall. In summer, the land bore blackberries and various fruits, which children ate unto sickness. The Swints were famous for muscadine wine, and Anthony and Old Man Cephus were hunting the grapes the day they found Arby hanging above their heads. That’s when Anthony joined the others. He knew now what they knew.

Sarah, his wife, didn’t fight him. She saw horror in his eyes, heard fear choke him as he told the story. They would go. She knew that now. But what about her mother? She had come with them, all those years ago, refusing to stay in South Carolina. Sarah, an only child, blessed God for her mother when the grandchildren came, but now, too sick to help and too poor for medicine, her mother would have to suffer alone. Certainly she couldn’t go. Traveling would kill her.

“Y’all go ’head,” her mother said. Even in weakness, her voice bore strength. “I wanted to see my grandbabies, and now I have. Ain’t nothin’ else here for me. I know how to die.” Sorrow settled in Sarah’s bosom. Her mother said there was a land flowing with milk and honey. They’d see it soon. Perhaps that was home. Perhaps that was Africa.

Her mother died Tuesday and allayed Sarah’s angst. They buried her Friday, the day before leaving, singing hymns all the way to the cemetery: Steal Away! Steal Away to Jesus! Ain’t got long to stay here! Sarah knew what her mother had done. She’d cleared the way. Good ole Momma! They were ready now.

Saturday morning, at the break of day, every house was abandoned. Every memory packed away. People gathered at the train depot in perfect silence. No good mornin’, no how you doin’. Just muted anticipation of a better tomorrow.

When the train arrived, they stepped aboard like figures in the dark. It didn’t matter that they sat in the rear coach. It only mattered that they were aboard. All of them. The whole town. Some pressed faces against windows, trying desperately to capture a final glance. Others bowed heads and whispered silent prayers. The last aboard, Old Man Cephus, studied the tops of trees and promised Arby they’d call her name aloud when they got home.

A sudden jolt catapulted the train forward. They were on their way. Within minutes, the town was a blazing inferno.

Daniel Black, who hails from rural Arkansas, graduated from Clark College (now Clark Atlanta University, where he also currently teaches) and was awarded a Ph.D. in African American Studies from Temple University. He is the author of six novels, including Perfect Peace and, most recently, Listen to the Lambs.