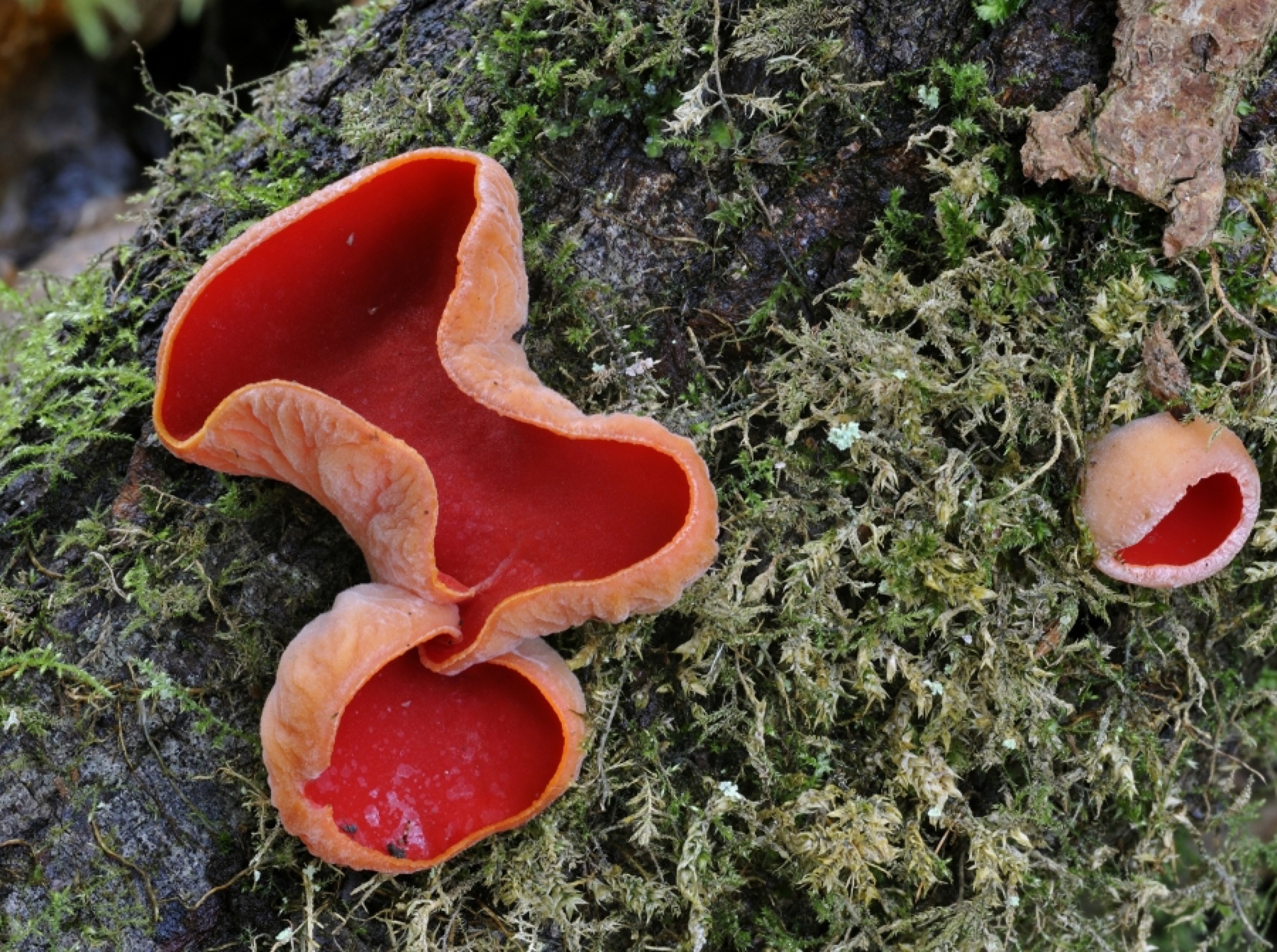 I’m in Pelham, Tennessee, a secluded area nestled in a holler of the Cumberland Plateau, in Grundy County, with the writer Kevin Wilson. It is around 7:45 A.M. at Fiery Fungi Organic Mushroom Farm. We are twenty minutes from Winchester (Kevin’s hometown) and directly below the mountain from The University of the South in Sewanee, where Kevin instructs in the English Department. We’re sitting down with five cats to discuss his upcoming novel, gender, and the particulars of growing up in a rural area.

How far from Pelham did you grow up?

Probably about twenty minutes away. I know there were lots of towns around Winchester, but I just never left the house, so these places are as foreign to me as California. I think you get very territorial when you grow up in a rural area. When I would go into Grundy County I could tell I wasn't wanted, because it's weird when some random country boy comes into your area. I think this is probably the first time I’ve sat in a house in Pelham.

I feel like growing up in the middle of nowhere, you're allowed to be as weird as you want to be, just because there isn't anything to do.

Growing up rural it was all about access to me. You're just stuck in your house with the weird stuff in your head. Like, if I lived in New York, I'd be a much more normal person, I think, because what I cared about I could go see. When I lived in Winchester, what I cared about I had to make. It's good and bad because of that. It's good because you become imaginative, but it's bad because it becomes secretive.

It's about a teenage girl who gets pregnant, and through some circumstances entirely not her own fault, she's alone. Her family can't take care of her, the man responsible for impregnating her is out of the picture, and she doesn't know what to do. She happens upon this scientific study where ten families and ten newborns are going to live in this complex as a communal family. The main focus is this girl, Izzy, who is smart and weird and insular. And for the first time, she's kind of acquired this family and what it means to love somebody, what it means to take care of somebody, what it means to be an active participant in a larger family. And then there's this doctor who's doing the study, Dr. Grind, who has a troubled past himself. As with all experiments, everyone has hopes of what it will be and then there's the reality of what it actually is. It's really earnest in a way that a lot of my writing is not. I just try to find more moments of grace. Maybe I'm gaining a little more sympathy for the worlds that I'm creating. We'll see.

Do you want to talk about inhabiting the female voice? I especially think about Penny in “Go, Fight, Win”, from your short story collection Tunneling to the Center of the Earth.

I tend to gravitate toward female characters, and I don't know why that is—I'm sure there's a psychological reason, but it might just be because it gives me this slight distance from my own self. The characters don't have to feel so explicitly just a reflection of me. I get to bend it slightly.

With Penny, it seemed very specific that she's a woman and if I can get inside of that character and say, “This is what she wants, this is what she has,” that maybe people would worry less about, “Oh that line doesn't sound like something a woman would say." If I could get the totality of the desire to do that correct, the readers would let other things slide.

But then, to the larger issue, I know I'm not a woman. I have a wife; I have a mother, and a sister. Those people are huge parts of my life and I've watched them and I've watched how being a woman is different from being a man in the world that we live in. You know, we were talking about getting cat called—it's just one of those things that I can't imagine. I can't know what's psychologically going on in that explicit moment. In writing, I just try and fake it, and the way I try and fake it is by being as empathetic as possible. I try to love my characters as much as I can.

Do you think you'll write another collection of short stories?

Yeah. At the same time I'm writing the novel, I'm writing short stories. I love the form. I keep thinking maybe I'll become better at one or the other, but I think I'll just be imperfect at both because I love them both so much. And also there's just something about the weirdness of story—that quickness of it is just really wonderful. It feels much more like an incantation. Like a magic spell, in a way that the novel can't replicate. The novel is just too big and unwieldy to be entirely magical.

Can we talk about your essay “A World of Glass,” from Issue 29 of the Oxford American?

Well, I went to school at Vanderbilt, and my sophomore year I took Tony Earley’s writing workshop, and I just loved him. Then I took a nonfiction class, and was really uneasy about it. I had a lot of trouble figuring out how to render myself in some way—make myself known to a reader. I wrote that essay and Tony—kind of without my knowledge—sent it to the Oxford American. And they took it. So it was my first publication, it was totally unknown to me, and I didn't have to worry about the process of what was going to happen.

But I was so grateful, and then they put it on the cover, and it made me feel like a superstar. Everything about it was great. And because it was the first thing that I ever got published, I thought: "This shit is easy." Somebody sends it off and you get published.

I realized later that what's intensely personal in fiction—you have that film of deniability—you can say that it's not you, even though people mostly suspect it is you, but with nonfiction, there's not that. It's weird being shaped as a character in your own work.

I think that makes it even better. It's like a perfect snapshot in time. What was that, like 1999?

I really like the moment in the essay—which is all about your fear of glass—when you examine From Here to Eternity. You argue that the vessel becomes a weapon.

All objects have a hidden meaning, and a lot of times it's violent. A lot of objects have a danger to them; on the surface they seem benign. But, to me, they seem very dangerous. That moment when it's so quickly transferred into a weapon, I loved it, but I was terrified of it.

I'm going to read you this quotation that I'm sure you're already familiar with. It's from Barry Hannah's Why I Write from Issue 20, and I'd like to know if you have any thoughts about it.

“I write out of a greed for lives and language. A need to listen to the orchestra of living. It is often said that a writer is more alive than his peers. But I believe he might also be a sort of narcoleptic who requires constant waking up by his own imaginative work. He is closer to sleep and dream, and his memory is more haunted, thus more precise.”

That's wonderful. I think Barry was a singular kind of writer. What he did with language and what he did with his characters is beyond what I can hope for.

You know, I had very simple origins. I wrote because I really loved reading. If you love something enough you eventually want to be a part of it. As a kid I didn't trust human beings at all; they seemed so scary to me. Books were this kind of safe way for me to understand empathy—what it means to care about somebody else, to try to understand how another person might think. Writing became that for me.

I write because it's so difficult for me to live in the real world. It's entirely selfish. I write because I don't understand anything. I'm a dreamless person. I aspire to a kind of nothingness in my brain, so writing is obliterating in a really nice way. Writing is a weird part of my life right now. It's irreplaceable but it also feels like it disappears a lot, I just don't know where it goes sometimes. I just hope that it'll be there when I come back to it.

Kate Jayroe was born in the back of a black Lincoln Town Car. A fiction writer, she hails from Little Mountain, South Carolina, and is a graduate of the University of the South in Sewanee, TN.