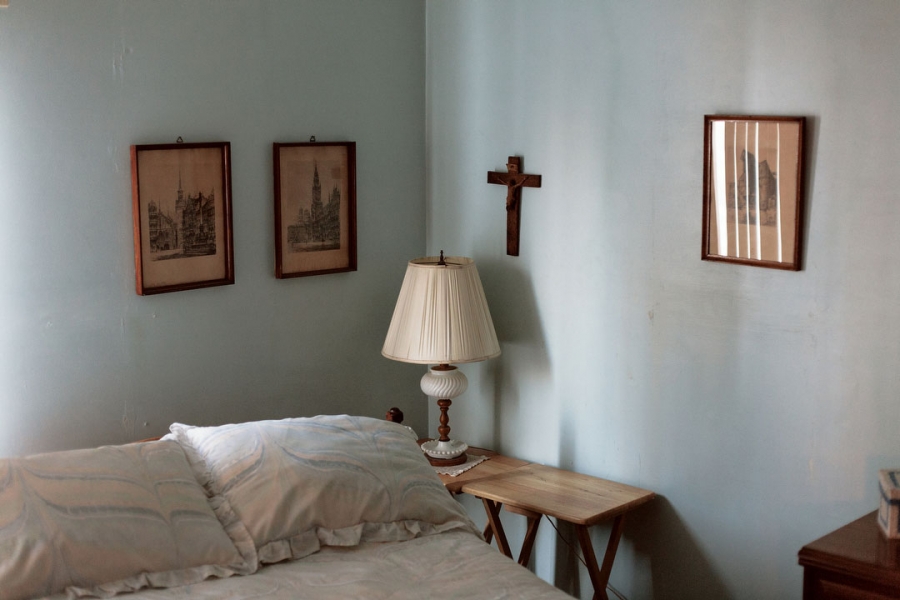 Hell With The Lid Taken Off

From “Portraying Appalachia,” a five-part symposium on representation and the region.

In April of 2012, director Scott Cooper arrived in the economically impoverished mill town of Braddock, Pennsylvania, ten miles outside of Pittsburgh, to begin filming Out of the Furnace, his tale of Rust Belt revenge set in the cradle of America’s once-dominant steel industry. What Cooper saw in the town, he says, was something familiar.

“I wrote [the film] specifically for Braddock after having visited,” Cooper told the Writers Guild of America. “It reminded me of home, and it’s extremely cinematic.”

Cooper first learned of Braddock after reading about the revitalization efforts by John Fetterman, the town’s activist mayor—crowned the “Mayor of Hell” by Rolling Stone—who has spent much of the last decade attempting to save the community from total obsolescence. But, rather than new development in town, Cooper was attracted to the decay; Braddock’s readymade image as a backdrop for American decline, and the perfect environment for his ensemble cast—Casey Affleck, Christian Bale, Willem Dafoe, Woody Harrelson, Zoe Saldana, Sam Shepard, and Forest Whitaker—to give their best interpretations of what life is like in a town without hope. And, simply, as he explained to the Wall Street Journal, “It’s the beauty of Rust Belt decay.”

Cooper’s acknowledgement of the town’s cinematic appeal is not exactly a revelation. Several years earlier, director John Hillcoat had already dressed Braddock, and countless other locations throughout Pittsburgh, in darker shades of despair for The Road, his adaptation of the Cormac McCarthy novel set in post-apocalypse America. In fact, for decades Pittsburgh and the small mill towns that dot western Pennsylvania’s Monongahela and Allegheny River Valleys have acted as a makeshift Hollywood back lot for directors attempting to channel a certain type of somber, blue-collar authenticity in their films—The Deer Hunter directed by Michael Cimino; All the Right Moves, where football is an escape from the reality of the mill; Flashdance, which centers on a female steelworker with ambitions of becoming a ballerina; and Ron Howard’s Gung Ho, to name only a few. If the desired visual aesthetic of these directors could be boiled down to the simplicity of an Instagram filter, it might be called “American Rust” or, in more unvarnished terms, “The Working Poor.” What so many of these films depict—stereotypical small-town characters aside—are fictional versions of western Pennsylvania where systemic joblessness, financial hardship, and a general sense of hopelessness are near-permanent fixtures. It’s an image that’s beset Pittsburgh and its surrounding areas since the collapse of Big Steel in the late 1970s, and one that’s been difficult to shed.

Of course there is no simple explanation for how a city or region becomes tied to its public image, but the staying power and stigma of such an identity can have an incredible shelf life. In January of 1868, James Parton, writing for The Atlantic Monthly, recounted what he saw during a visit to Pittsburgh. In what was essentially a harmless piece of travel writing, he penned an infamous phrase that’s haunted the city for generations:

There is one evening scene in Pittsburg which no visitor should miss. Owing to the abruptness of the hill behind the town, there is a street along the edge of the bluff, from which you can look directly down upon the part of the city which lies low, near the level of the rivers. On the evening of this dark day, we were conducted to the edge of the abyss, and looked over the iron railing upon the most striking spectacle we ever beheld ... It is an unprofitable business, view-hunting; but if any one would enjoy a spectacle as striking as Niagara, he may do so by simply walking up a long hill to Cliff Street in Pittsburg, and looking over into—hell with the lid taken off.

While Parton most likely intended no ill will with the phrase, the description has often been invoked, primarily in newspapers and magazines over the years, as a way to reinforce the stereotype that Pittsburgh is nothing more than another smoky city lost in the abyss of America’s Rust Belt.

For more than a century, Pittsburgh has existed in the shadow of its own industrial-age narrative. Like much of Appalachia, Pittsburgh is a place dogged by stereotypes and assumptions—not just in the way the city is often represented in film, or even archival material like Parton’s article, but due to decades of lopsided depictions by news outlets and photojournalists. In recent years, an increasing number of photographers have come to western Pennsylvania with the intent of documenting the aftermath of the steel industry’s collapse. Some offer a fresh take on the present, others reinforce the limited views of the past.

Pittsburgh ca. 1940, courtesy of the University of Pittsburgh

Last fall, in conjunction with the Carnegie International exhibit, Philadelphia-based photographer Zoe Strauss set up a portrait studio in Homestead, the town just outside of Pittsburgh where striking steelworkers famously clashed with Pinkerton goon squads in the summer of 1892. Strauss’s project, Homesteading, focused on making portraits of the people who live there today. At first look, the project seems little more than another strange sort of cultural safari in the name of art, but when you understand how Strauss collected stories from the people of Homestead, and discover the earnest human connection that the project afforded, a deeper importance emerges. As Strauss explained to the New York Times, the most important aspect of the project was “nothing physically tangible, but [the] number of discussions that happened, alongside this kind of spontaneous need for people to give me archival materials and also to tell me about not just their histories, but to tell me everything.”

Portraits from HOMESTEADING by Zoe Strauss; commissioned for the 2013 Carnegie International by Carnegie Museum of Art

Strauss is of course not alone in her curiosity. In 2008, photographer Sean Hemmerle traveled to Braddock in search of vacant properties and postindustrial wreckage for his project Rust Belt, which catalogued urban decay from Braddock to Gary, Indiana, and Detroit to Toledo, Ohio. While Hemmerle’s photographs are technically proficient, rich with color and strong composition, it’s difficult to separate his work from the glut of ruin porn that has emerged out of western Pennsylvania over the last decade. Rust Belt does little to deepen the conversation about what it’s like to live in a postindustrial American city. Instead the series asks viewers to look at familiar sights from the same old vantage points.

Not all photographic surveys of western Pennsylvania have produced imagery that dwells on past sorrows and the absence of a once-powerful manufacturing industry. For his series In the Wake, photographer Ross Mantle visited the small mill towns of the Monongahela River Valley. Instead of turning his lens to vacant lots and abandoned blast furnaces, however, Mantle walked through neighborhoods in places like Clairton, Brownsville, and Rankin and photographed the children, young couples, and old timers he met. Mantle was invited into peoples’ homes and shot the interiors of their living rooms and kitchens. He visited local bars, restaurants, barbershops, and music halls—places still populated by the same people who have lived in western Pennsylvania for generations. Mantle’s work exudes warmth and resilience, and shows that there is still life in the valleys that radiate from Pittsburgh’s urban core, where medical research and higher education have long supplanted steel as the lifeblood of the region.

From the series IN THE WAKE by Ross Mantle

Today, Pittsburgh is very much a city trapped between two worlds: the black-skies legacy of the past, when steel-mill smokestacks turned day into night, and the brighter (albeit pretentious) present-day reality as the “Portland of the East.” The latter notion represents a dramatic shift in identity, of course, and one that is still in the early stages of germination. But as word spreads that Pittsburgh—also dubbed the “Paris of Appalachia” by writer Brian O'Neill—is stocked with affordable housing, good schools, and kind people, curious outsiders from cities like New York, Chicago, Los Angeles, and Portland will continue arriving to stake out their claims.

Yet outside the city, remnants of the past are everywhere you look. Pittsburgh’s surrounding mill towns, places that once epitomized the blue-collar pedigree of American labor, now languish in near-obsolescence from the forty years since steel manufacturing slowed to a trickle in western Pennsylvania. In the Monongahela River Valley, where tightly packed mill houses cling to steep hillsides, the muddy banks of The Mon are still dotted with reminders of the steel industry—rusted blast furnaces gone cold, hot metal bridges that lead to nowhere, brownfields poisoned by PCBs and sulfate. It’s not at all surprising then that Scott Cooper was attracted to the tragic beauty of Braddock as the setting for Out of the Furnace or that John Hillcoat imagined western Pennsylvania’s postindustrial valley as the postapocalyptic wasteland of The Road. What is surprising, however, is that for the people in these towns who have struggled for so long—not only with poverty and joblessness, but also against violence and addiction—the social and economic reality has remained virtually unchanged for decades. And for the mill towns that exist at a remove from Pittsburgh’s current renaissance, the future doesn’t look much different.

From the series IN THE WAKE by Ross Mantle

Back to “Portraying Appalachia,” a five-part symposium on representation and the region.

Living Up The Creek

The Historical And The Poetic