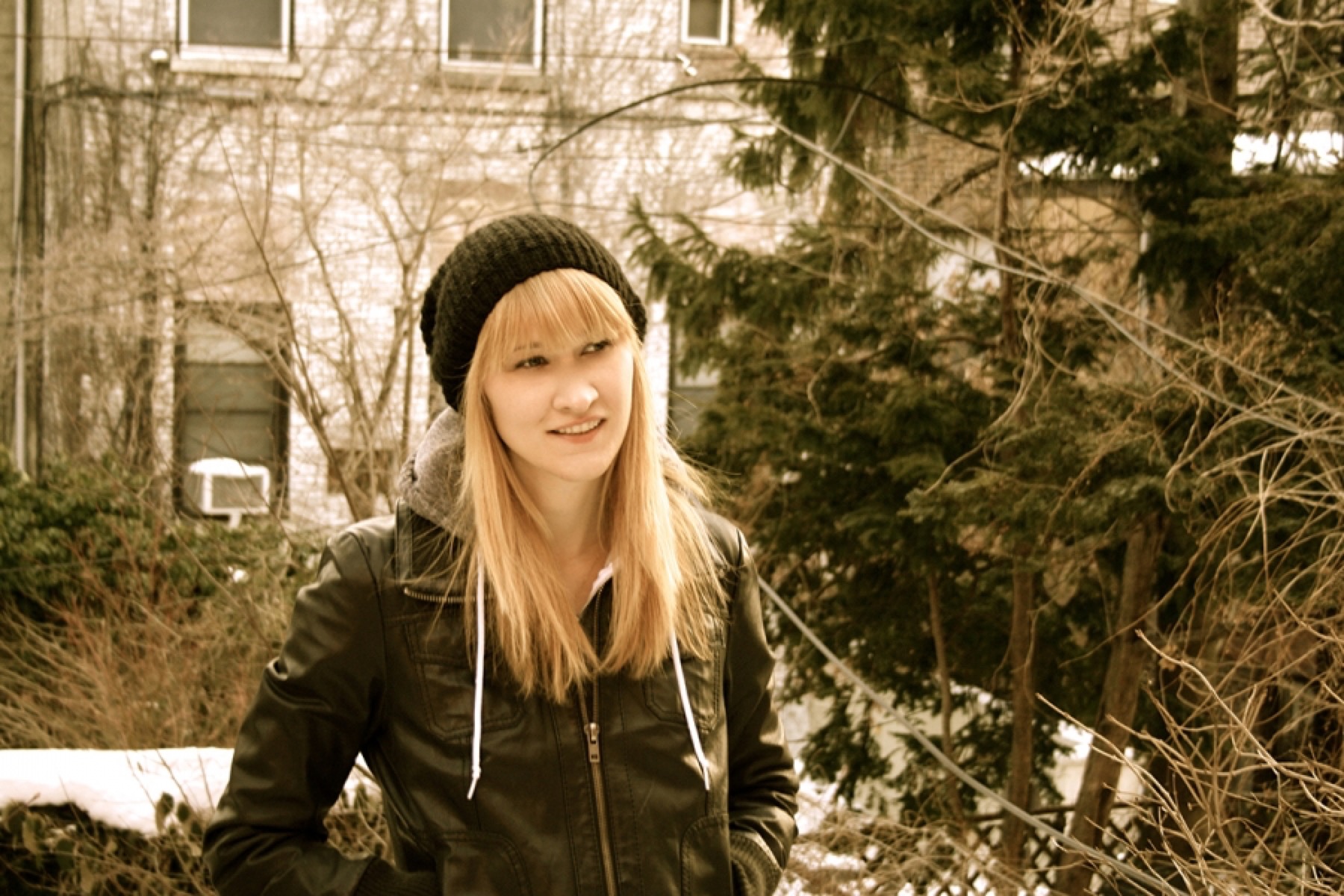 In her newest book, Do Not Sell at Any Price (out now from Scribner’s, and excerpted in our summer issue), OA contributor Amanda Petrusich takes a look at one of the quirkiest subcultures in the States: the niche of the 78 rpm record collector.

Petrusich is a contributing editor at the Oxford American, and her music and culture writing have appeared in the New York Times, Spin, Pitchfork, andThe Atlantic, among other places. This interview was conducted over email in June.

You mention how often you “get frustrated by collectors—by their hostility, their exclusivity, their infuriating single-mindedness." And they're a testy bunch, taken altogether—how did you find a way to get them to trust you?

This is such a great and thorny question to ask a reporter, because—and I’m thinking now about Janet Malcolm and the idea that the relationship between a writer and his or her subject is always inherently unbalanced, and that journalism is a “morally indefensible” or nearly violent act on some level—neither party should ever fully trust the other. But, I always just want to get some authentic sense of how a subject exists in the world—the space they take up, the concerns that animate them—and I am almost always collecting that information without judgment. I hope it’s clear to the people I’m writing about that reporting is not a combative experience for me.

With this book, specifically, I went into it already so invested in this music—invested spiritually, emotionally; I didn’t know shit about its origins—and my curiosity about it was so earnest and goofy that I think it allowed me to connect to the collectors in that way, like, “Hey, we’re both fans. We both feel insane when we hear these things. Tell me everything you know or think you know about them.”

But man, it also took time. I spent two years reporting this book, and I suspect some folks just got used to having me around. There were still plenty of things they wouldn’t give up. 78 collectors in particular can be protective of their trade—they don’t want record prices to escalate; they don’t want to reveal their sources to other collectors.

You, the writer, are really the only female voice in the book. What was it like to operate in a clique that seems almost exclusively male?

There is one female collector, Sarah Bryan, who appears toward the end of the book, although I’m not sure she self-identifies too heavily as a “collector” exactly. As far as I know, she doesn't trade with other collectors or hunt things down. She’s a beautiful person to listen to records with, because she just buys what she likes. That makes her collection really personal, almost narrative. But, yes, 78 collecting is almost exclusively the terrain of men.

I’ve worked as a music critic for years—another field that’s male-dominated, although maybe less so now than when I was starting out—so in a way I felt prepared for that part of it. I do write a lot in the book about the different ways men and women seem to experience fandom, though. I was genuinely confused and intimidated by the way some collectors manage or mitigate the intense and transformative experience of art by throwing a bunch of facts and figures at it.

You argue at one point that the power of music exists on its own, outside any hard fact about the record or the musicians who made it, and listeners respond intuitively to sound. There’s a difference “between a studied response and a gut-borne one,” as you say. Does knowing these facts remove anything from the musical experience itself?

This is a question I still can’t answer, or at least not definitively. I know that I feel extraordinarily protective of that pathway—of whatever it is that allows me to have a pure or unmediated reaction to a song, totally independent of extra-musical concerns. It’s nearly impossible to achieve these days, but it feels like it’s worth working toward because that response is so intense when it happens.

I teach music criticism at NYU, and I pester my students about this constantly: finding the right balance between text and context when they’re working on reviews, as well as when they’re listening. They’re so cerebral—everything they do is filtered and intellectualized and broadcast. But some experiences are private and strange and inexplicable and all the more beautiful for that.

The OA has long been an admirer of the music engineer and record collector Chris King, who comes up again and again as a central figure and mentor to you. I’m curious—1) how did you guys first meet? 2) When did that friendship really expand?

I am also an admirer of Chris King! We met through a mutual friend named Stuart Gunter, who had read something I’d written—in the OA, in fact—and introduced us over email, but I like to think that we would have found our way to each other eventually. If I may speak for him for a moment, Chris and I are both really carnal listeners, and we’re both drawn to music that fucks us up a little. He’s incredibly generous and funny, and by three or four interviews in, I knew we were going to be friends. The older I get, the less dismissive I am of those connections.

But for this project—and, again, it’s not a book that operates under any real guise of objectivity—it was nice to have someone I could talk so openly with. We were asking the same questions after awhile. He is a person who is deeply concerned with the emotional appeal of music, and I appreciate that about him. I also appreciate that he is a dude I can call up and say “I am having a terrible day,” and he’ll amble over to his record shelf and play me something that makes me forget about everything else.

I have to ask about this one chapter in the book, about your obsession with finding 78s in the Milwaukee River, where it’s rumored that workers at Paramount would fling records like Frisbees for kicks. You write for more than fifteen pages about the scuba class you had to take in NYC, and the dive in North Carolina that was required if you wanted to be open-water certified. All of it leads up to the moment in the river, where you hunt in the river’s muck, unable to find even shards of a 78.

On a literary level, that elaborate wind-up felt so necessary to me, because that’s the experience of looking for a rare 78: there’s a kind of delusional mania to it, followed by the devastating realization that no one knows where the records are. I had a great conversation with my agent and my editor at Scribner about how much of that material should remain in the manuscript. My sense was that it indicated something about what that chase feels like—what all chases feel like. It also showed me really hurling myself at the altar of the 78, so to speak—as if self-sacrifice was somehow legitimizing. It felt that way at the time, certainly.

I talk in that chapter about the dive feeling like a baptism, and that’s true. There’s also a particular allure to Paramount Records that I wanted to tackle in some way. To address the performances captured on those records, but also just the unlikeliness that a chair company in Wisconsin would end up inadvertently responsible for some of the greatest American recordings of all time. Theirs is such a great, high-stakes story.

A general journalistic inquiry (for my own curiosities): One of your great characteristics as a writer is the way you weave specific reportorial references into your pieces. For example, you thread in references to jotting down certain notes, pulling out your voice recorder, etc. Why include, not just the notes you’re taking, but also the references to the reporting itself?

I reached a point—professionally, personally—where I became really interested in a certain narrative transparency. It almost seemed silly to me to pretend that everything I was writing wasn’t intensely, embarrassingly personal, or that I wasn’t affecting events merely by being present for them. Quotes don’t just tumble from the heavens. Acknowledging that on the page felt and still feels really freeing to me—like, “Here I am, I asked a question and I got an answer and I wrote it down.”

This probably ties back, in some way, to my lack of interest in omniscient judgment—in wanting to constantly be acknowledging how weird and complicated it is to be alive—and I certainly don’t think that’s always a virtue. I can see how some people might find it indulgent or distracting or whatever else.

But this is a thing I find myself seeking in other people’s writing, too: why and how do we choose to tell the stories that we do? It’s sort of the inverse of what D. H. Lawrence said, about trusting the tale, not the teller. For me, tales are sometimes just tales, but I can almost always learn something from the telling.

Caitlin Love is the associate editor of the Oxford American. Her research and reporting have appeared in the New York Times Magazine.