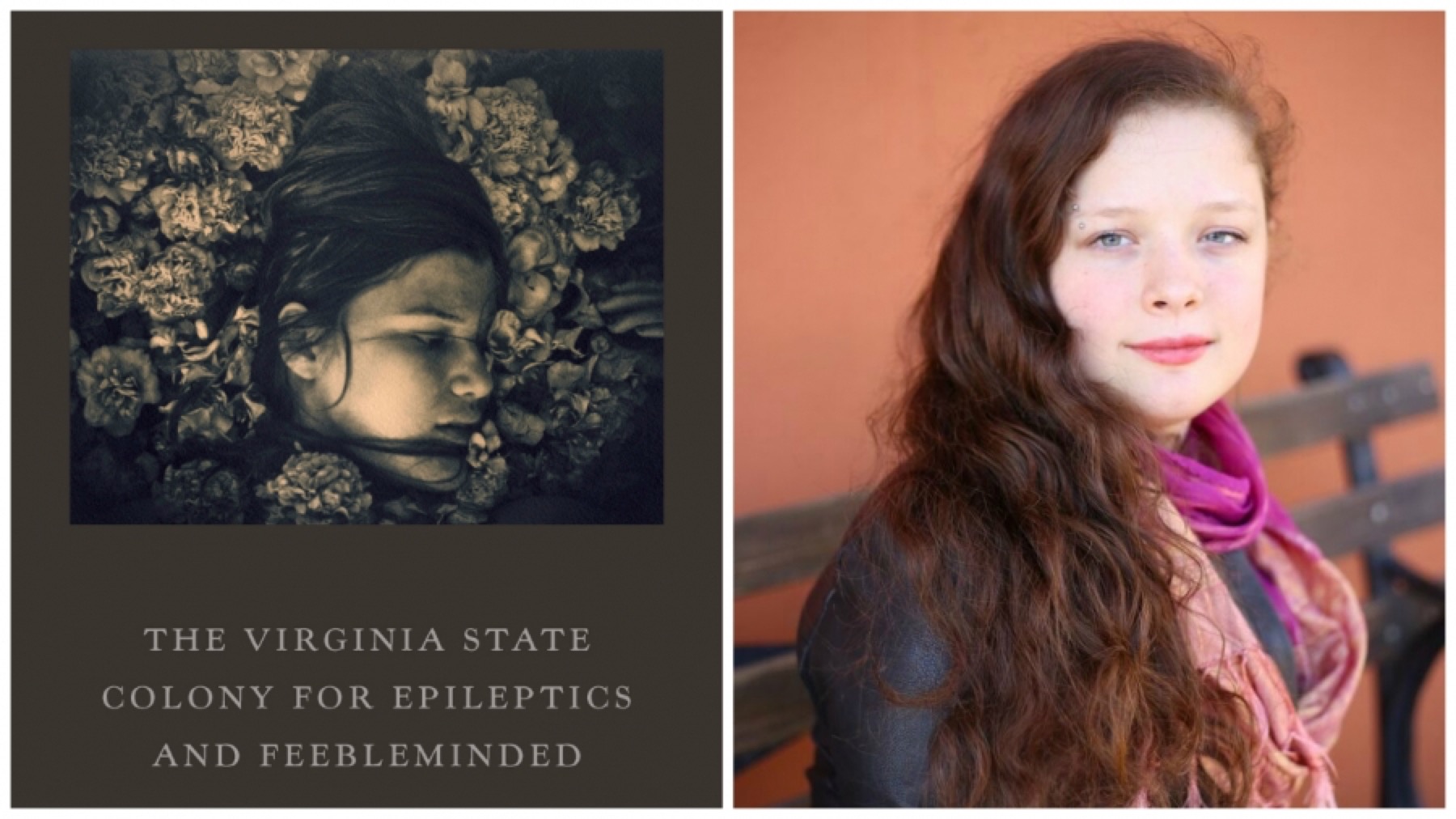 KNOW WHERE YOU ARE

The Virginia State Colony for Epileptics and Feebleminded

In 1924, the [Virginia State] Colony became formally enmeshed with the Eugenics movement and began sterilizing, without their consent, patients it deemed “defectives.” When, in 1927, the U.S. Supreme Court upheld Virginia sterilization laws in Buck v. Bell, eugenic sterilizations became an even more common practice. From the mid-1920s through the mid-1950s, more than 7,000 people were sterilized in Virginia, often without their knowledge.

—foreword, The Virginia State Colony for Epileptics and Feebleminded

Once a hub of America’s contribution to the eugenics movement, the Virginia State Colony for Epileptics and Feebleminded—now called the Central Virginia Training Center—is in Amherst County, Virginia, a county named for Lord Jeffrey Amherst. Amherst, widely considered to be responsible for introducing the use of smallpox blankets against Native people in the Americas, wrote home to Britain: “Could it not be contrived to send the small pox among the disaffected tribes of Indians? We must on this occasion use every stratagem in our power to reduce them.” Later, in another letter’s postscript, as if to make literal the footnote biological warfare against indigenous peoples would become in our nation’s history: “P.S. You will Do well to try to Innoculate [sic] the Indians by means of Blankets, as well as to try Every other method that can serve to Extirpate this Execrable Race.”

Whether we view as coincidence the genocidal leanings of Amherst County’s namesake and the county’s eventual importance to American eugenics depends entirely upon how we view regional and national history. Molly McCully Brown’s fierce and lyric debut, The Virginia State Colony for Epileptics and Feebleminded, winner of the 2016 Lexi Rudnitsky First Book Prize in Poetry and released today by Persea Books, makes the case that a land and its history cannot be separately considered. The act of shedding blood in the name of purity is, for Brown, synonymous with the ground on which that blood was spilt.

Locationally obsessed, this collection insists at all times that you know where you are. Drawing much of its power from Brown’s imagined monologues of those who suffered in the Colony’s many and darkly-purposed rooms, the book’s six main sections are situated in and around the grounds (“In the Dormitory,” “In the Field,” “In the Infirmary”), and serve as a constant reminder of the physical predicament from which these poems arise. The speakers in these poems are estranged first from their bodies and then from the outside world: “There’s however it is you call, / & there’s whatever it is / you’re calling to.” Indeed, much of the violence against inmates at the Colony was done through deliberate attempts to disorient them. In “The Blind Room,” one of the book’s sections, monologues emerging from women and girls who were placed in prolonged solitary confinement beg us to consider the difference between treatment and punishment, punishment and torture. Here, Brown lingers on a mind scrapping for those few details that comprise what’s left of identity:

It’s important to remember that once
you had a good life. Once you did not
know how to lie in a dark room,
your cheek pressed to the floor,
peering under the doorframe,
looking for the line of light.
Once you were not waiting
to leave yourself, wanting
your skeleton shaken to pieces
so that when it’s over,
the rest of you will have nothing
at all to come back to.

Such is the damage that is done when a person is deprived of her right to grasp her surroundings. As if to undo some of the damage, these poems locate us fully, intensely, insisting that it is our privilege to look—we are still alive and buying books of poetry, after all—so look we must.

Perhaps there is nothing more illustrative of the importance of place to this collection than the series of poems titled “Where You Are.” Seven poems, all sharing this title, anchor each of the book’s sections and ground us in both the harsh physical reality of the Colony, and the lushness of the central Virginia landscape in which it is situated. Brown’s attention to these contrasts emphasizes the inseparability of Virginia’s beauty from the sinister work it has been home to, as in “Where You Are (VI)”: “But this looks like / the loveliest building in the colony: / deep blue door, tall white columns, / brick trimmed in wrought-iron and kudzu.” In another poem of the same title, Brown writes, “The thing about the Shenandoah / is everything is always bending / its knees toward ruin or preparing / to rise from the ash.” So too does the ranging beauty of the natural world offer us the opportunity to mirror its majesty in our good works, or to stand in sharp opposition as a force of destruction. On this point, Brown is careful to assert that though the natural and the human-made coexist, it is human history that shapes and changes the natural world: “They say every place starts to look / just like the people who move in it.”

As The Virginia State Colony demands that we hold a land and its violence in our minds at once, so does it insist on the simultaneity of the personal and the political, moving through whispered monologues to the collection’s wider implications about this country’s historical and current attitudes toward disability. Brown, who lives with cerebral palsy and grew up near the Colony, addresses her personal relationship to her subject only briefly, but with a plaintive power that haunts the book’s remaining pages: “And, by some accident of luck or grace, / some window less than half a century wide, / it is my backyard but not what happened / to my body—” This gesture at a narrow window that separates us from the past, that separates the bodies we have from the bodies we might have had, connects us all with those who suffer because they are, to some dominant culture, alien—even as it offers a complex context for the institutional forces that seek to destroy the unfamiliar. In “Psalm,” an offered prayer—“‘Dear God, bless this girl. Take her up and let her be the end of it. / Put some distance between our bodies and hers. Take her out of our hands.’”—reveals the bald fear that drives the need for “purity.” Rather than condemn and moralize, Brown’s work urges into understanding the notion that both fear and empathy are rooted in a single, somber utterance: I could have been you.

The American South and, indeed, this nation, was built on and out of the bodies it sought to eradicate—from the bodies of this land’s first Native people to the black bodies hauled in and sold as slaves at auction to the abused and sterilized bodies to which this collection is a stark and stunning memorial. While discussions of institutionalized and criminal mistreatment of Native and black people in this country have long been tied to the land itself, Brown’s important debut brings into urgent focus the need to apply to discussions of disability and ableism a similar framework. This is as much a book about the violent cultivation of a homogenous, regional identity as it is about the staggering mass of bodies whose eradication was not collateral but essential to preserving the myth of that identity. Situated though it is among blooming azaleas and dogwoods, The Virginia State Colony for Epileptics and Feebleminded is emphatic: Virginians in particular and Americans in general cannot turn away from the ugliness in our identity, from an awareness of the lives upon which our lives were built. We must locate ourselves in the darkest rooms of our history, or we can never hope to see beyond them.

Laura Eve Engel is the author of Things That Go, forthcoming from Octopus Books. A recipient of fellowships from the Provincetown Fine Arts Work Center, the Wisconsin Institute of Creative Writing, and the Helene Wurlitzer Foundation, her work can be found in the Boston Review, PEN America, Tin House and elsewhere. She is from central Virginia.

FAITH FROM THE SHORES OF DOUBT

IF WE DO NOT DARE EVERYTHING