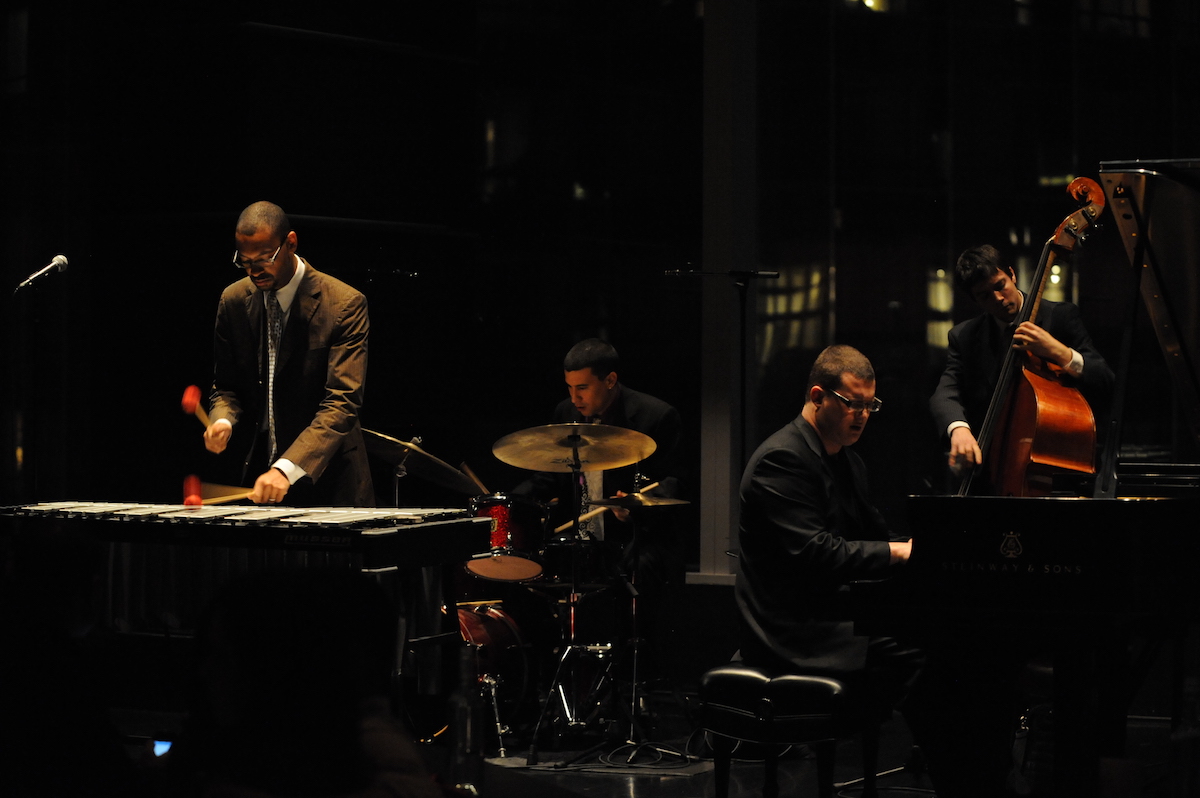 The Landmark Sessions concert series, live at South on Main in fall of 2019, spanned genre and style with jazz pianist Peter Martin, bluegrass band Chatham County Line, and Rev. Sekou’s unique combination of blues, soul, and steel guitar. But the series also traversed time and history. In November of 2019, Jason Marsalis and the 21st Century Trad Band, Benny Goodman Edition performed original numbers by Marsalis along with songs recorded in the 1930s.

Frontman Jason Marsalis was a gifted musician from a young age, diving into the world of jazz with his first real drumset before the age of six, and touring with his father, Ellis Marsalis, by nine. His musical career is long and varied; he has performed with such talent as Lionel Hampton, Joe Henderson, and piano virtuoso Marcus Roberts. You can learn more about Jason Marsalis at his website.

Watch the performance from Jason Marsalis and the 21st Century Trad Band, Benny Goodman Edition below!

Special thanks to our presenting sponsor, UCA College of Fine Arts & Communication, and our season sponsor, the University of Arkansas for Medical Science.