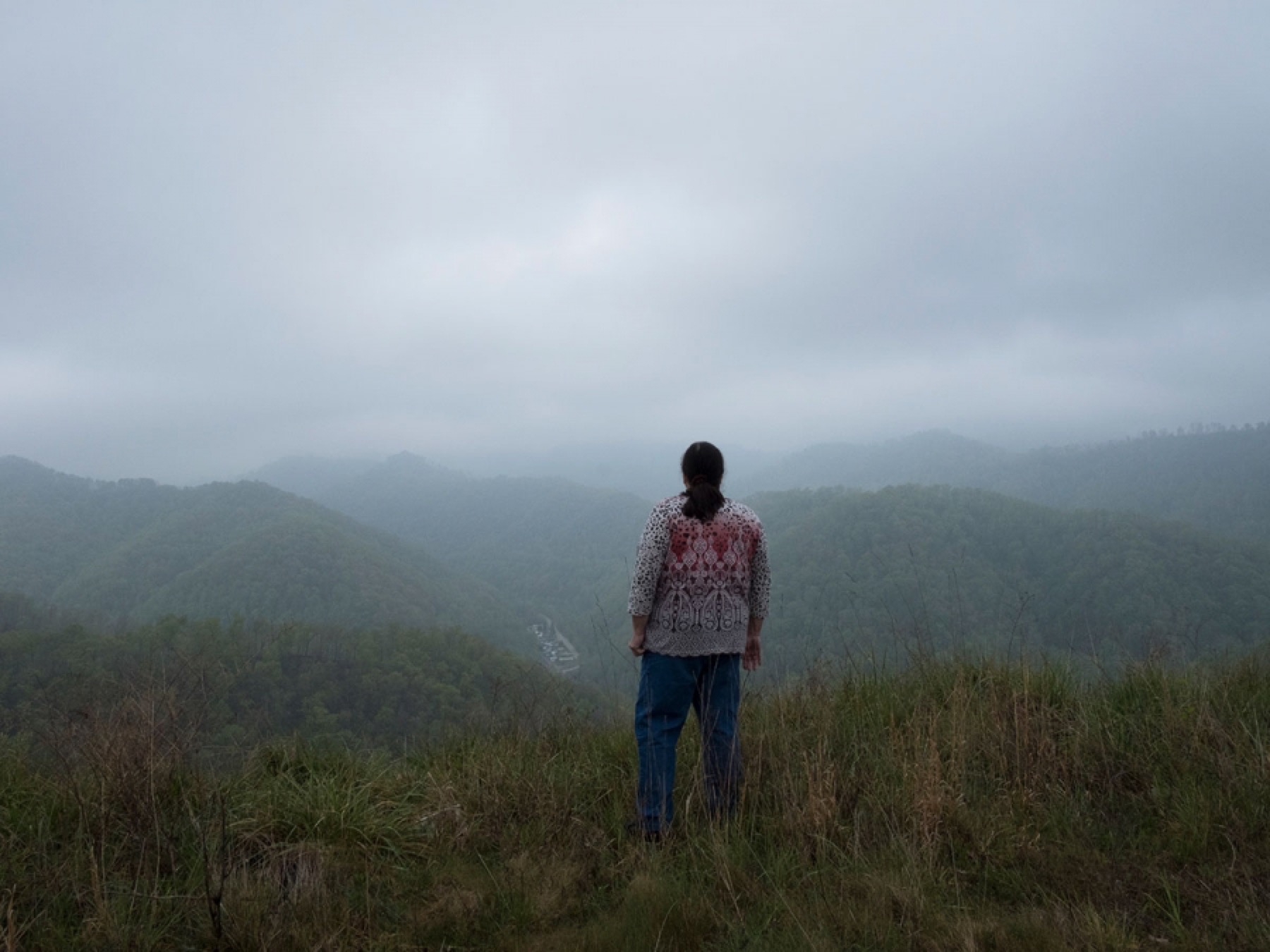 Photograph by Roger May, rogermayphotography.com

Like the beads and baubles in a child’s kaleidoscope, turned and reflected in bright sunlight, various aspects of Appalachia—history, geography, politics, and personalities—are expertly examined and illuminated in Matthew Neill Null’s new story collection Allegheny Front.

Modernity and tradition face off in Null’s West Virginia, where traveling salesmen convince rural farmers to trade their trusted tools for newer inventions, railways take the jobs of river men, and unemployed miners turn to whitewater rafting. Allegheny Front offers the big swooping aerial view of Appalachia and shows how, over time, drops of water can gouge out “a lacework of caverns” and crack gravestones, leaving them “cleft by ice” and “eaten through with the soft persistent teeth of lichen.” The landscape moves and grows. Abandoned mines teem with exotic plants and black bears. Populations dip and rise—passenger pigeons that once blacked out the sky are now obliterated. Mountains wear away and creeks bleed out, and we begin to understand how “once something had been taken away, it wasn’t given back: elk and wolves, mining jobs and cheap gasoline.” But Null’s tales also show the inherent resiliency that springs up time and again in the face of deprivation, whether it means finding a new market for saltpeter once the state lines have changed or selling the “green greasy aphrodisiac” of bear gallbladders to Chinese merchants, Null’s characters adapt, using their deep knowledge of the feral landscape to survive.

Despite, or maybe because of, all the changeability—shifts in labor markets and natural resources, alterations of boundary divisions and laws—the characters of Allegheny Front expect a rigid loyalty from one another. The most striking example of this dynamic plays out in “Telemetry,” the story of Kathryn Tennant, a conflicted biologist studying brook trout in the Shavers Fork of the Great Cheat River. Kathryn loves her native land, with “its rich pelt of red spruce and wild flowers, its pools of glacial blue, each set like a sapphire in the spiky ring of a beaver dam.” She also feels trapped by guilt and memories of her father who died while working in a coal mine. Kathryn has “taken pains to cull” her mountain accent—she considers accepting a job in Arizona, “2,100.6 miles from where she sleeps on this mountain.” But her daydreams of leaving are cut short by a confrontation between her out-of-state research colleagues and a local man, a fisherman who once knew her father. When the dispute rages out of control, Kathryn’s loyalties are tested in a dark twist of events that reveals her—and perhaps also the reader’s—own inner prejudices and preconceptions. Null skillfully navigates the territory of doubt and regret while withholding all judgment so that his readers can fully enter the stories and parse out the murky morality for themselves. In West Virginia, a state where most everything comes at a cost, there are no simple solutions, and Null does not shy away from the contradictions and complexities that make this region both so troubled and so extraordinary.

Allegheny Front is completely, and effectively, unpredictable: the reader cannot guess if the next story will be set in the 1870s or the 2000s, if the main characters will be human or animal. Null’s prose is rife with bracing verbs—“skirling,” “brooming,” “buckling”—and dazzling details (“monarch butterflies tongue the green horseshit and clap their wings”). There are moments when the imagery edges up on familiar territory—an abandoned truck with a mouse-nested engine block parked on a fallow farm, watched over by aging characters with cataract-white eyes—but overall, there is an undeniable freshness to Null’s stories, a focus on the ongoing flux of mountain life, which can turn poachers into game wardens, bounties into fines, and extinctions into upswings. In this beautiful and finely crafted collection we come to see how, in the Appalachia of both past and present, the inevitability of change may be the only constant.

Photographer Roger May is a native of Mingo County, West Virginia, and the founder and director of Looking At Appalachia, a “crowdsourced image archive” of the region. He writes:

This picture is of my aunt Rita, the oldest of my grandparent’s five children. She is the matriarch of the remaining family and is one of the most amazing people I’ve ever met. I usually stay with her when I go home to photograph and visit. I made this picture around midday one Saturday after I picked her up from cleaning the church (the Chattaroy Church of God), which she does nearly every Saturday without fail. We drove around the King Coal Highway and stopped a couple of times to make pictures. Here, we stood on a valley fill, a byproduct of the surface mining that happened years ago on this spot, as she surveyed Mate Creek several hundred feet below.

OUR QUEEN OF HEAVEN

The Historical And The Poetic