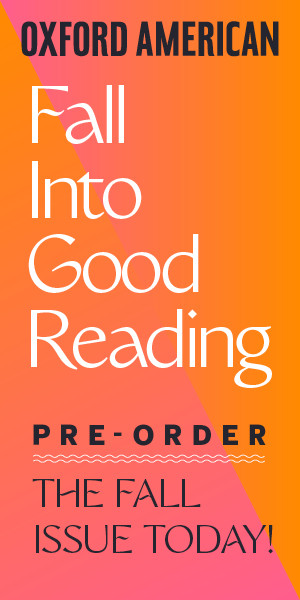 The Oxford American’s 19th annual music issue explores the Music of Kentucky. The magazines comes with a 27-song CD + free download with bonus tracks. The Commonwealth gave us musicians like Loretta Lynn and Nappy Roots, Richard Hell and Bill Monroe—just to name a very few—and beloved writers like Crystal Wilkinson, Ronni Lundy, Silas House, John Jeremiah Sullivan, and our own poetry editor, Rebecca Gayle Howell. You’ll see those names (and many, many others) in our Kentucky Music Issue—“the greatest mixtape accompanied by the best liner notes ever,” according to Beale Street Caravan.

Erik Reece on when a Freakwater song walks into a bar

If God Had a Name, by Jason Howard

Living Too Close to the Ground, by Will Stephenson

J. D. Daniels has an ear for Jimmy Raney’s genius

Fire in My Bones, by Ashley Blooms

Cleo, Cleo Black as Coal, a story by Crystal Wilkinson

BORDER WARS
When the South is everywhere and nowhere
by Zandria F. Robinson